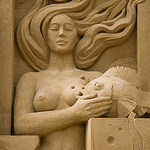 How much does success in life depend on how good-looking you are? Do plain or dowdy or even downright ugly people get anything close to a level playing field when they’re grasping after jobs and money and notoriety alongside their better-looking competition?

I think we all know the answer to that question, but just in case you’d feel better with some social science backing, labor economist Daniel Hamermesh covered the territory rather exhaustively in his 2011 book, Beauty Pays: Why Attractive People Are More Successful. In it, he reviews many decades of research to come up not only with estimates for how much more money good-looking people make over a lifetime’s work compared to average or unattractive people (4% and 13% more, respectively) but also that they benefit in every imaginable way: landing the better jobs, the lovelier mates, the easier loans with better terms—and even lighter prison sentences when they take a wrong turn. And that they do so partly because of the confidence they gain by being beautiful, in a kind of perfect reinforcing loop.

For all those reasons and more, beautiful people tend to be happier than plain-looking people, he notes. (How unfair is that?) 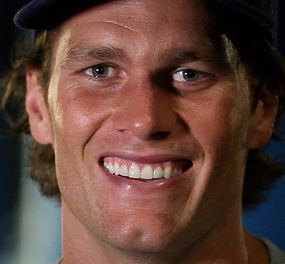 Interestingly, he even cites the advantage of beauty in professional football quarterbacks, with those perceived to be handsome landing richer contracts than their more average looking brethren with similar statistics. Come to think of it, though, quarterbacks in general tend to be higher on the attractiveness scale than say, offensive linemen, yes? Perhaps their attractiveness from an early age gives them the required confidence to dare taking on this leadership position and thus work to develop the requisite skills? And that confidence gives their teammates and coaches confidence in them, which then enhances their own confidence even more?

Another (related) question: Has any offensive lineman in history ever taken the homecoming queen or head cheerleader to the prom? No, no no—it’s always the quarterback or star tailback who gets the girl. (Provided he’s handsome, which, it turns out, is most always the case.)

When we examine the progress of various human rights movements over the centuries, we see an arc of increased—if sometimes halting—freedom bending toward race, ethnicity, gender and sexual orientation. But towards the unattractive, not so much. Not yet, anyway. Where is their lobby, their liberator, their prophetic voice?

To some degree, Hamermesh attempts to be their voice in suggesting that “lookism” discrimination in the workplace can and should be grounds for legal action, though the difficulty of elaborating a beauty standard and proving it as the basis for being passed over for hiring or promotion or a pay raise makes success in this endeavor a daunting challenge.

Though there are many exceptions, Hamermesh makes a convincing case that most of the time, in most professions across most of the working world, it pays to be beautiful—or at least better than average. The roots of this are deep, of course, with plentiful evidence that beauty serves just one more brutally honest Darwinian function in the coldly calculating evolutionary marketplace. Suffice to say in this regard that if you’re a beautiful person or peacock or tree or fish or sunrise, you are going to be looked at longer and more frequently than if you’re not.

The difference with people as opposed to a tree is that people can take serious advantage of their beauty—and use their ingenuity to compensate in other ways if they don’t have any. 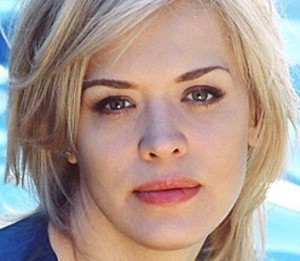 Much of my ruminating on these matters has been stimulated by a slowly dawning realization made over the past decade attending performances of the Santa Rosa Symphony.  As one featured soloist after another has strode on stage to exhibit their not inconsiderable, doggedly pursued talent, I have come to realize that on the beauty scale, virtually every one of them has ranged somewhere between “quite attractive” to “drop-dead gorgeous.”

I will limit the examples here to a tightly drawn quintet who have appeared over the past two years, but they are hardly unusual in the hardy good looks and grace with which they engage their instruments and exult in the acclaim of the audience.

Three pianists, a cellist and a violinist, all of them renowned players with sterling resumes and all of them, as the recent pop song goes, “sexy and they know it.”

The most recent, appearing just last week, was cellist Maya Beiser, who emerged stage left wearing black, above-the-knee leather boots and a taut and glittering black dress, her long, dark and ringleted hair falling rhythmically across her cello as she proceeded to play the hell out of one modern and one classical concerto. (Then she tossed in some Led Zeppelin for an encore; it matched rather nicely with her boots.)

Beiser seemed to be a fabulous player, but truth to tell, despite being a longtime classical music fan, I am nowhere near knowledgeable enough to distinguish between a fabulous player and a merely very good one—especially if the merely good one doesn’t have the lean statuesque body, aquiline nose and the other physical attributes that Beiser obviously does not feel shy about capitalizing on as she pursues her career. Check her website here and you’ll see what I mean.

The obvious question: Is it possible that there are cello players in abundance across this great land and beyond who have similar or even superior technical chops and expressive musical skills but simply lack the total presentation package to make talent and booking agents and conductors and audience members sit up and take notice with a “Wow—she can play—and she’s beautiful!” (Or is it, “Wow, she’s beautiful—and she can play!”)

Put another way: How much of the difference between Maya Beiser traveling the world as an acclaimed soloist and Beatrice Arbuckle holding down the third cello spot in the East Pawtucket Chamber Orchestra at least somewhat comes down to Maya’s beauty and Beatrice’s frumpiness? That despite whatever technical prowess Beatrice may have achieved, her plain looks make it impossible for her to project the raw animal star power that works its magic as expectant audiences cast their eyes to the stage.

For the record, Beiser was preceded on the symphony’s star solo roster in recent years by, among others, pianists Valentina Lisitsa, Olga Kern and Andrew von Oeyen and violinist Teddy Papavrami.  As you can see from their accompanying photos, their instruments are not the only lovely attributes they bring to the concert halls of the world. 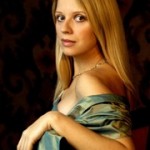 None of this is to say that talent doesn’t matter—all these soloists have it in abundance. But talent paired with beauty is a hard combo to beat. A pianist who is also intelligent and funny, with an engaging personality? That’s nice, but sans beauty, it will likely be more difficult for him or her to win the prize of sidling fetchingly up to the baby grand in Carnegie Hall.

As a little experiment, I just Googled the phrase “beautiful classical female musicians,” and the first two entries went like this:

From the sexy female composers to the attractive pianists, violinists, cellists and other musicians, these sexy female classical musicians have the talent and the …

Jun 11, 2013 – The fabulous Dame Jenni Murray of Woman’s Hour has been lamenting the fact that female classical musicians are under pressure to look …

And thus does the war rage on this front and others about the proper role of beauty and sex appeal in the selling of just about everything.

Sometimes, let us note, the homecoming queen endures a bitter divorce from the unfeeling prima donna quarterback, comes to see the error of her lookist ways, and enters a second marriage to the geeky but kind (and ever so appreciative) chem major. Something along these lines was charmingly highlighted in the recent movie Enough Said, in which the character played by a still lovely Julia Louis-Dreyfus is introduced to a man played by a rotund and balding James Gandolifini. Dreyfus does a nice turn in showing both her attraction to or at least appreciation of Gandolfini’s winning personality but her struggle in confronting the questions: “Dare I be attracted to someone so…unattractive? Shouldn’t I do better?” 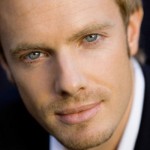 This, of course, gets us into all that cliché ridden discussion of beauty being only skin deep, it’s what’s inside that counts, looks fade but character and kindness don’t…

All of which is true as far as it goes, but it doesn’t much go to the heart and the mystery of the matter: the primal, visceral, unthinking responsiveness to the beauty, the aura, the magnetism, the attractiveness of someone in front of us who compels us to look long, look again, and maybe pony up some money or our hearts—or both—to get ourselves more of the same.
***

A dark solo piece, darkly lit, with Maya Beiser wearing a dark outfit exposing one bare sinewy arm. It adds up to an intriguing seven minutes of eye and auditory nourishment.

Much appreciation to the photographers: rotating banner photos courtesy of Elizabeth Haslam, some rights reserved under Creative Commons licensing, see more at: https://www.flickr.com/photos/lizhaslam/