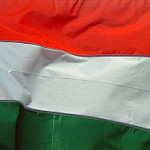 The horns of that dilemma are nearly impossible to reconcile in a neat and tidy way, the competing forces being as strong as they are.

It wasn’t until later that I was struck by the largesse my father showed not only in noticing the ambivalent, confused bumblings of his bi-cultural son, but also in adjusting his no-doubt fiercely held mores of fatherly affection to the practices of the new world.

In the extreme, we see it pathologized in the ghastly phenomenon of “honor killings,” a rare-though-documented event in the U.S. in which mostly Mideast immigrant parents kill their daughters who have brought shame on the family by adopting Western ways of clothing and comportment, or in one infamous 2008 case, for trying to leave an arranged marriage.

But there is no immigrant family who doesn’t deal with the tensions and mixed messages of American-Melting-Pot-vs.-Old-Country identity, and the Hidas Family was no exception.

I don’t know when I first noticed my parents’ accents. What I remember are fragments, moments of sudden awareness that they didn’t sound the least bit like others, that they were “different,” and therefore I must have been, too. My best friend Jimmy’s dad was a plain-talking fireman who seemed appealingly nondescript. I wondered sometimes what life would be like if he were my dad.

One time when I was probably 8 or 9 years old, I was playing in our backyard with my other friend Mike. My parents had recently acquired a family dog.

My mother, within earshot as she hung clothes on the line, corrected me.

I was mortified, but Mike didn’t pursue my lame attempt to Americanize the name and breed, something that just blurted out of me unplanned and unconscious. Obviously, though, it spoke to a deep desire to blend in seamlessly to some prevailing notion of true blue Americana rattling around in my head. 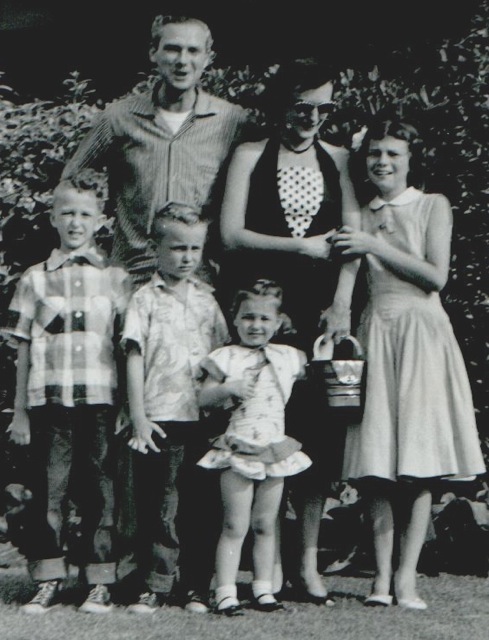 The same dynamic later came into play when I got my driver’s license, for which I had to produce proof of my immigration status, having been born in Germany.

The green card issued to me at Ellis Island had “Andreas” as my first name, just as it appeared on my birth certificate. I was too daunted at age 15 1/2 to inquire about changing it when applying for my learner’s permit, but for the next couple of years, I tried to avoid showing my license to my friends at all costs. Once I turned 18, I discovered changing it was a breeze at the DMV, and change it I did.

That feels sad and ridiculous to me looking back from the advantage of all these years. “Andreas” contains an appealing tinge of the European and exotic that would have suited my self-identity quite well if I’d have stuck with it. But it was impossible for me to feel even a shred of that at the time, so powerful was my drive to be vacuumed up into the great maw of homogenized America.

About this same time is when my father’s kiss became another casualty of my growing, unspoken desire to fit in with my peers.

It was our habit, as an Old-World European family, to freely kiss our parents on arrivals, departures, and in saying good-night. But in time, I became self-conscious about it—at least with my father. In mid-20th century America, physical contact between fathers and sons was pretty much restricted to firm handshakes and occasional roughhousing during touch football or jousts on the lawn.

There came to be those times of street baseball when my father would pull into the driveway upon returning from work and I would wave distractedly, suddenly intent on fiddling with my mitt. He would wave back and continue into the house.

One day he took me aside and told me he’d noticed that the other kids didn’t kiss their fathers hello or good-bye, so from then on it would be O.K. with him, really it would, if we didn’t do so in public, though we could still maintain the practice in our own home.

My memory is of sitting mute, eyes downcast, listening to him as from a distance, feeling neither happy nor sad, perhaps anticipating even then the hollowness of this small victory for assimilation.

Proceeding through the usual adolescent hiccups of my teenage years, I often thought my father hopelessly dim and outdated. (I noticed my daughter shooting me occasional looks the past few years suggesting the same—ain’t payback grand?)

It wasn’t until later that I was struck by the largesse he showed not only in noticing the ambivalent, confused bumblings of his bi-cultural son, but also in adjusting his no-doubt fiercely held mores of fatherly affection to the practices of the new world. It had to pain him to cast an analytical eye on the situation and take the action he did.

It would be years before I would embrace and kiss my father again in public. Years during which we spoke less and less Hungarian in the home. The kids—there were eventually six of us—resisted, and my parents, outnumbered and more assimilated themselves with each passing year, stopped insisting.

Everything different eventually seemed to get swallowed up in the giant island country of America, melting pot of the world. 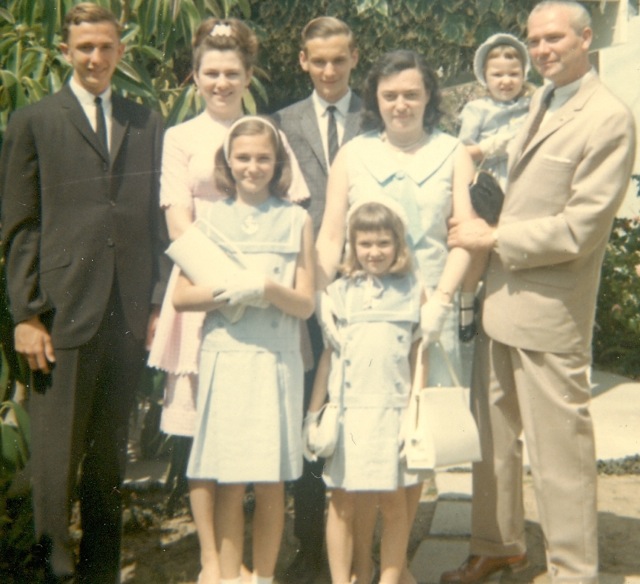 By the time I escaped junior high in 1966 for the more expansive climes of high school, the culture was in upheaval. The Watts riots a year earlier had left a pall of smoke easily viewable from our suburban community just 15 minutes from downtown Los Angeles. The accompanying rhetoric and rallying cries suggested the rioters might be coming to burn down our hard-won home as well, something my dad muttered about while watching the evening news. 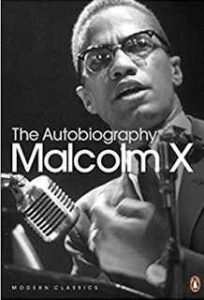 The Black Power movement, the foundation of which had been paved by countless heroes on the front lines since slavery days and then through Reconstruction and the Civil Rights movement of the 1940-50s, was expressing itself in angrier, less patient terms. Intellectually, it appeared to me most powerfully in the person of Malcolm X, whose autobiography stunned and sent me into an alternate universe that I can honestly say changed my world.

Politically, the more inflammatory Stokely Carmichael, H. Rap Brown, the Black Panthers and others came along to both frighten and fascinate me.

But right along with the ultimately empty threats of “Kill Whitey,” there were also salutes and affirmations: “Black Is Beautiful,” and from James Brown:

The song had a kind of irresistible funk to it, even for suburban white kids. And of course James was just the grittiest, grooviest dude ever. I had next to no sense of rhythm at the time (still don’t), but I could feel myself taking on a whole lotta soul.

As blacks rose up in mighty rebellion against the discrimination and oppression that lingered as a deep stain on the American project, they started wearing dashikis and growing Afros, celebrating, emphasizing, their African roots. No more Stepin Fetchit cowering or kowtowing.

In the way of such things, the “pride” sentiment that was emerging as such a powerful theme in black culture didn’t contain itself within those borders. It also served to inspire a kind of giant coming-out party for all those who had ever felt shame or been shamed by others for their heritage or any other characteristic that made them who they are.

And it became clear to this Hungarian-American boy that the movement was beginning to burn away some of my own self-consciousness about being different, ethnic, strange.

Eventually, the “power” unleashed in a kind of Black Declaration of Independence multiplied and splintered into a hundred different movements for the previously disenfranchised. Even women’s rights, gay rights, disabled rights, all with their own established historic trajectories, nevertheless seemed to get an extra rocket boost from the thrust of the Black Power movement.

My own ethnic awakening amidst this deep historical tableaux reached its symbolic apotheosis when my high school basketball teammates began calling me “The Mad Hungarian,” partly in good-natured jest, but also with a kind of respect for my hard-nosed (typically Eastern European, I might add) style of play.

Unthinkable as it might have been just half a decade earlier, I embraced the moniker and relished the opportunity to be, yes, “different, ethnic, strange.”

It didn’t hurt, either, that my mom would occasionally suggest I invite some of my cronies over for a weekend dinner, when she’d do up the authentic-as-can-be Old Country goulash or chicken paprika.

And my parents’ accents? The public hugs of my dad?