In Defense of Locker Rooms 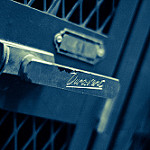 Many years ago, I wrote an essay called “Locker Room Memories” that got picked up by a couple of small publications and anthologized in a book of essays by and about men. The essay wasn’t very good, in the way such things can be for a writer when coming across a piece from long ago. But the subject matter remains worthy and newly relevant today.

In it, I wrote about the experience of picking up a basketball again for some purely recreational play a decade or so after my playing career ended with my last college game. Rather than write about playing, though, I focused instead on the experience of walking into the locker room beforehand, with all that it represents in the life of an athlete.

Now, Donald Trump has gotten me thinking about locker rooms again. And this is what I want to tell him:

Trump, as surely everyone anywhere near the orbit of this frenzied media world learned over the weekend, dismissed his commentary from a decade ago that described, in the most vile and objectionable terms imaginable, basically sexually assaulting women at his leisure.

Because, in his words,

“When you’re a star, they let you do it. You can do anything.”

Then, compounding his offensiveness after his words came to light, he dismissed them as “locker room banter,” reiterating the same point three times running (and then the rooster crowed…) in last night’s debate:

In this, I join a now countless litany of male athletes, current and past, who have taken to Twitter and other social media venues to essentially say, “Not in any locker room I’ve ever been in.” 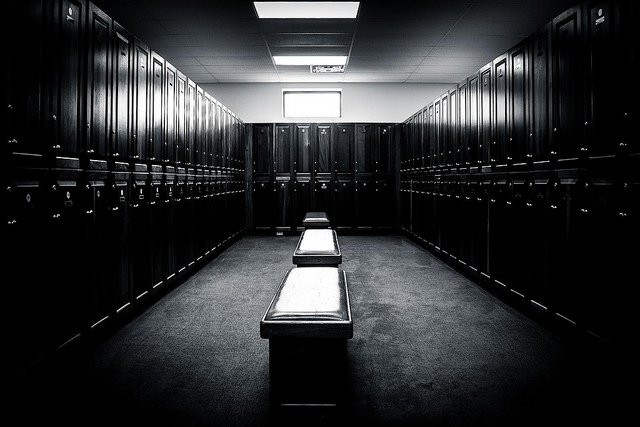 The locker room is a potent symbol in the life of an athlete. In between dressing for daily practice and games, pregame and halftime chalk talks, post-practice stripping and showering, post-game celebrations after victories and quiet reflecting or frustration-venting after losses, the locker room becomes a kind of hallowed place. Which is not to say Boy Scout-decorous and somber.

Locker rooms are never devoid for long of frivolity, joshing, jiving, boastfulness, and even crude antics and words from young men still struggling to find their identity in a naturally hyper-competitive milieu.

Did I ever hear the word “pussy” in a locker room? Of course.

But did I ever hear anything even remotely resembling the violence-laden descriptions of the then 59-year-old Trump as he tried to “impress,” in his warped perspective, a younger, sycophantic man with the power he exhibited over vulnerable young women?

As far as I ever discerned, such language of conquest and abuse would never have occurred to anyone I knew, ever, unless they were secretly practicing to write trashy novels of hollow men for whom sexual exploitation and dominance served some aberrant psychological need.

Maybe I never heard that kind of talk because no one in my high school and college basketball orbit, nor in the scores of fitness club locker rooms I have inhabited since, had ever amassed the fortune and power and resulting removal from daily reality of Trump, for whom “locker room” surely cannot mean anything approximating the experience I and millions of others had as we went about our game-playing or fitness-enhancing lives.

All I do know is that Trump has committed another act of violence in defense of his comments. He has exhibited yet again the extraordinary narcissism that has him conflating his predatory impulses and imagery with the practices and experiences shared in common by millions of boys and men, and now, thanks to feminism, young girls and women, too, for whom locker rooms are held in special, almost reverential regard.

It’s just one more glaring example of the utter absurdity of Trump pretending to give voice to “the common man.”

I’ve snapped towels in locker rooms, uttered obscenities, pulled pranks, been disconsolate and disappointed, cried, cajoled, limped gamely into them when injured, danced jubilantly out of them after a win.

I’ve stared into space after losses, listened to and gave inspirational speeches, led teams in pregame prayers even after I had stopped believing in a deity. (It was an early lesson in willingly speaking and sharing sacred language as a symbol of common purpose and care.)

The sounds of showers, tape coming off ankles, lockers being open and slammed, familiar voices and their laughter echoing off the concrete walls, the noise from the crowd out in the gym on game night. 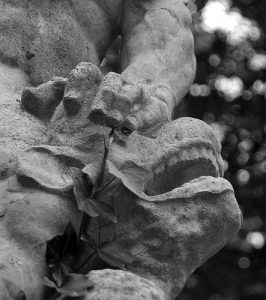 The smells emanating from active, somewhat agitated young men in a confined space, of analgesic balm applied to muscles, the mustiness of perspiration-soaked shorts and socks and jocks left to dry overnight in readiness for the next day’s practice.

The sight of steam from the showers, your teammates grimacing on the trainer’s table, the straining vocal cords and popping forehead veins of your coach imploring you to get focused as he pounds on the chalkboard during his halftime talk. (The chalk sometimes breaking as a final emphatic punctuation point…)

These comprise the locker rooms of my youth, the sense impressions and memories that remain sacred to me today.

The later locker rooms of my adulthood lacked similar dimension and drama. But neither have they even hinted at the abhorrent, loathsome conduct Trump suggests in this all-too-revealing glimpse into the same character he has exhibited throughout his nakedly self-serving campaign to lead our country.

Locker rooms can be a microcosm, as are so many settings where much is at stake, of a wide range of human emotion and expressiveness (and sometimes the lack thereof). They can help both promote and reveal the flaws in a person’s character, inasmuch as any organized team of individuals in pursuit of a common goal will elicit both the best and the worst of humanity. (Even, occasionally, in the same person.)

With his breezy, self-regarding recap of sexual violence and subsequent reductionism of it to mere locker room banter, Donald Trump has reaffirmed for us the essential bankruptcy of his character.

Such talk may be the prevailing mode of the locker rooms he has inhabited. But he doesn’t get to speak for mine.

10 comments to In Defense of Locker Rooms