India: An Affair of the Senses—and Heart 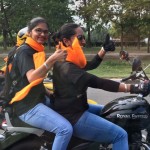 I am writing at least the beginnings of this post at 35,000 feet, after missing a complete night of sleep since leaving our Delhi hotel at 1 a.m. to catch a 4 a.m. flight. Twelve hours, two meals, zero sleep and a connecting flight later, I am feeling strangely invigorated after lumbering blearily through a long morning. My body seems to have forgotten its profound sleep deficit as it bows to some even deeper circadian rhythm of needing to be awake, given that it’s late afternoon and natural sleep hours are still a long while ahead. Last night’s lost sleep now appears to be lost itself to my body’s memory.

Or maybe it’s just that I’m a long way from being able to get India, sweet confounding permeating India, out of my mind.

Reader Angela noted about my last post on arriving in India that the commentary was free, for the most part, of social, cultural or political analysis, and much more an extended sense-and-sight impression. The more rational analysis could come later, she indicated.

That presumes, of course, that rational analysis of India is even possible. After eight days there, I’m probably even less inclined to think so.

It seems to me probably truer to say that the riddles, the contradictions, the conundrums and mysteries of India are more rendered, to the extent they can be, by the senses and the heart.

This is in no way to disregard the armies of learned people, many of them Indian, capable and qualified to construct comprehensive analyses of India’s development challenges, conditions for progress, strategic goals and 20-year plans, etc.

I’m never going to capture the sheer energy and tragedy of history’s most populous democracy hurling pell-mell toward some unparalleled, unknown future, ready or not.

All those are good and necessary for such progress and knowledge to advance along the paths they will. But the immensity of the Indian population and its 1.32 billion people begets, at least in my mind, an equally immense unknowability. It’s the sobering thought that no matter how wide I throw my arms or how far I cast my gaze, I’m never going to capture the sheer energy and tragedy of history’s most populous democracy hurling pell-mell toward some unparalleled, unknown future, ready or not.

This was the energetic, tonal core of the 2008 Academy Award-wnning movie “Slumdog Millionaire,” it seems to me. For all of its plot details and tie-in to an at-that-time popular television quiz show, the prevailing memory the movie left with me is of gasping for air, which means it may have been the clearest evocation yet of what India does to anyone who does it the courtesy of paying close attention.

The country’s fantastical, sense-bombarding, surreal flavor is perhaps the best one can do in even pretending to grasp or present the “story of India.”

How can that story possibly be singular or focused or rational, when wildly disparate multiplicity and surrealness prevail across this vast land moment by moment, much like the monkeys scampering along the building alcoves while the cattle and goats and pigs and sheep root below and the countless stray dogs scratch their fleas and the beggars implore and the traffic lumbers and the horns bleat and the vendors stir their pots and the customers sit and eat or pick their way through the teeming masses, all of it comprising just another day, ho hum, on the Indian streets? 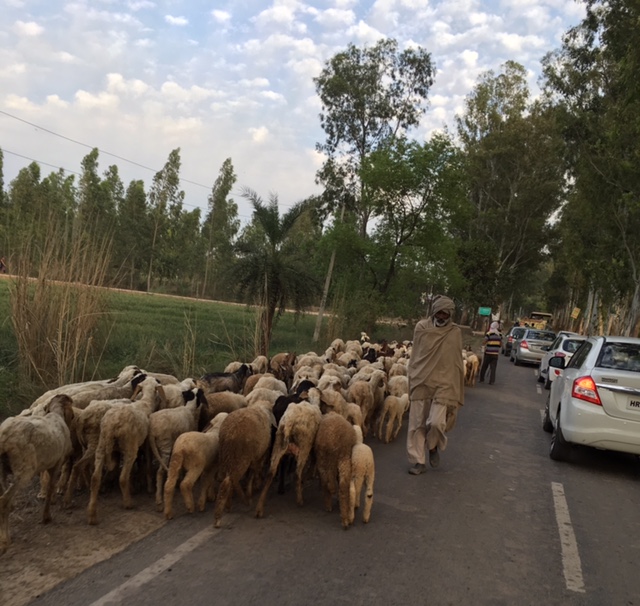 People. So many people. It is the prevailing, omnipresent image and reality of India: people as the constant, swarming ubiquitous reality, milling and fanning out across the land.

The 1.32 billion of them occupy 1.27 million square miles, compared to the U.S.’s 360 million people spread across 3.8 million square miles. That proportionality plays out to nice and neat thirds: India contains three times the population within one-third of the land mass.

The difference gets elaborated this way, too: The U.S. has nine cities with 1 million+ people.
India: 39.

I’ve spent a large percentage of my traveling life traversing the western part of the U.S., with its multiple natural wonders and vast open space. That space frequently allows one to escape the rush of humanity and feel deeply into the wonders of solitude amidst natural grandeur. Such escape is no doubt possible in India—it, too, is a vast country, after all—but as we traversed the roads and highways at least from Delhi to the north and to Agra in the south, solitude appeared rather difficult to come by.

Much like its traffic that flows slowly but seamlessly while accommodating cars, buses, motorcycles, motorized rickshaw taxis, bicycles, pedestrians, cattle and sheep herds, horse-or-donkey-drawn- wagons (you have to see it to believe it…), I suspect that the Indian population has simply adjusted to the reality that no matter where you go or at what time, you see and have to navigate around other people. And that a huge portion of them, if not living in dismal poverty on the city streets or shantytown slums on the cities’ edge—are eking out lives of bare subsistence as part of an astonishingly large labor pool that guarantees such labor will be cheap and readily available for employers.

The numbers are imposing: 39% of the population is under age 18 and 74% under 40, according to census figures. An ever-growing number of them are middle class, make no mistake. According to the International Monetary Fund, India in 2010 ranked 17th internationally in financial market sophistication, 24th in the banking sector, 44th in business sophistication, and 39th in innovation, right there jostling among the world’s advanced economies.

But India’s impressive and educated professional class, whose work ethic and intellect bow to no one in this world, tends to be swallowed up by the imagery, sense impression, and sheer other-worldy scale of the poverty reflected nearly wherever one looks.

Professionals are often working on their projects in the offices behind and above the city streets, but on those streets, what mostly holds sway is the traffic transporting and working around the thick mass of humanity and their transport vehicles, monkeys, dogs, sheep, goats, cattle, pigs, horses—all equal in the eyes of the Lord, with equal access to the streets and troughs where they mingle, make merry, and keep an eye out for their next tossed food morsel or rupee.

A disquieting reality of those streets: There are occasional large human trash bins where some portion of the daily garbage goes, but even the bins are often turned over by the pig and cattle and goat owners for their creatures to root through, perhaps the truest and most primitive definition of “reuse and recycle” that we ever see in modern civilization.

Literally, it is waste that winds up not going to waste—but at the cost of everyone in the community living with piles of garbage in its midst, much of its constituent parts long scattered and strewn across the streets in a ceaseless, almost hardened omnipresence.

And a more troublesome question: How can the experience of living and moving about amidst such an assault on elemental cleanliness not affect a nation’s self-perception?

And the people, rather than pigs and goats, living off that waste: I observed one middle-aged woman hard at her orderly work, having turned over a sidewalk trash can brim-full just outside the tourist-swarmed (mostly by natives) India Gate in Delhi. She stooped over literally hundreds of unfinished snacks and meals, organizing them into quickly constructed piles of cans, plastic bottles, leftover snacks and impressive stacks of half-eaten naan (the Indian bread staple, served with nearly every meal), which quickly became a leaning tower.

She would be selling the recyclables, I presumed, and taking the food items to distribute to family, to fellow street-lifers, perhaps even to resell or barter them at a slight profit, the economic cycle churning, however slowly, for these resourceful bottom feeders of the infinitely complex world economy. 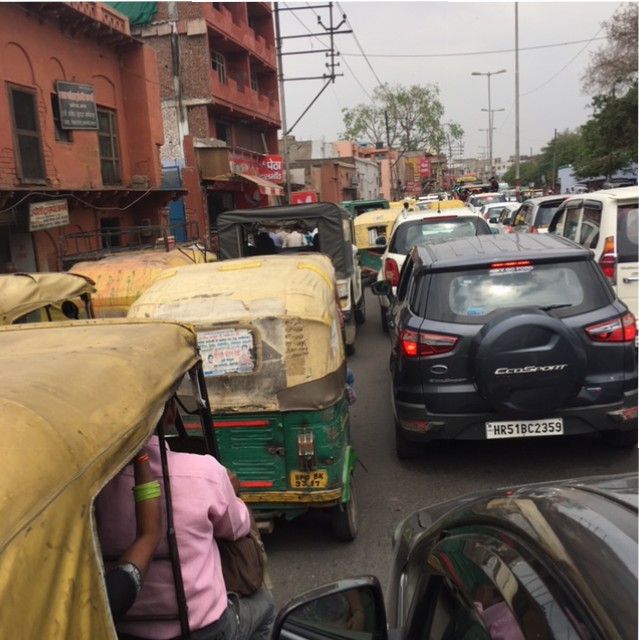 And among all those people—so many men! At least in the public places, men dominate the people-scape, congregated in small clusters of four, six, ten, most always around some type of brewing liquid or heating food.

They gather at one of surely millions of little storefront stalls that sprawl across every landscape, whether urban or rural. The stalls (“thetas” or “dukans” in Hindi) usually offer up a few fresh food and drink items along with bottled water, hot tea and packaged snacks. Prices are cheap, to accommodate the clientele.

The stalls seem to fill the role of the neighborhood bars that we know in the west. It is where endless streams of young-to-middle-to-old-age men hang out to pass the time, time itself slowed as no one is hurrying anywhere else to make an important meeting or snag a crucial phone call on a new account.

This phenomenon begs the question, of course, of where the women are. Home, one has to assume, such as the “homes” for that economic strata are. But since such homes are often impossibly cramped and primitive and off the main thoroughfares where commerce and fellowship happens, their male occupants flee to the streets and thellas, leaving the women behind, or to go off to subsistence jobs of their own.

“Despite impressive economic growth during recent decades, India continues to face socio-economic challenges,” said that same International Monetary Fund study cited above. It strikes me that “socio-economic” would not be among the only challenges India faces, but whenever one spends significant time in a poor country, one can’t help but be struck by how much of life emanates from and is either expanded or circumscribed by one’s economic condition.

It is no coincidence but plenty ironic that the phrase, “Money can’t buy happiness” usually comes from the lips of those who have plenty of money but have realized it is not the be-all and end-all of existence. And so it isn’t.

But having enough of it for basic creature comforts such as clean water, a clean bed of one’s own, a bit of space, nutritious food and enough medical care to keep one’s body on a reasonable keel is no trifle, either. All told, it is a distinctly first world advantage to have enough money to be able to renounce it, rather than to never have enough for basic human comfort and health in the first place.

“People are happier. There are more jobs. There are no strikes,” Mother Teresa observed during  a period of government-imposed emergency rule in the mid-1970s.

The period was enormously controversial, involving as it did abrogation of basic democratic liberties. But when you’re jobless and hungry and it’s not your family members that government troops are coming to round up in the mid of night, a modicum of economic improvement is almost all that separates you from the animals you may be tending and sharing space with in your hovel.

In such circumstances, the urge is powerful—and understandable—to engage in a kind of ultimate barter of your democratic freedoms (which include the “freedom” to be wretchedly poor) with the freedom to fill your belly and look forward to another day in this singular place, a place that both defies full description and invites visitors to return and try, try again to grasp its enormity—and give it its due. 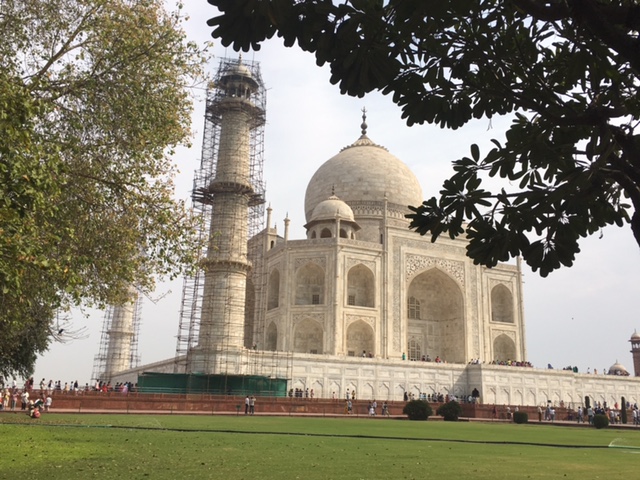 11 comments to India: An Affair of the Senses—and Heart