Jesus and the Estate Tax 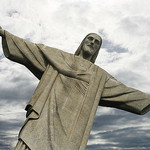 What would Jesus think—and how readily would he climb a hill to discourse upon—last week’s vote by Congressional Republicans to repeal the estate tax?

I raise the question through the “What would Jesus do?” prism because of the surpassing irony that most of the “aye” votes came from self-proclaimed and often ardently professing Christian congressmembers who wear their faith heavily on their sleeves (and on the campaign trail).

This group often cites religious imperatives for their views on issues of the day that are dear to their hearts (such as fierce protection of gun rights and regular huge increases in the military budget). The fact that their vote was intended to provide tax-free wealth transfer to the top .02 percent of the population, affecting only those who inherit more than $5.4 million if they are single and $10.9 million if a couple, should not go unnoted. They did so despite the rather clear propensity of their religion’s central figure to fiercely and relentlessly advocate for the interests of the poor, and the moral obligation of those with means to tend to them.

Unlike many vexing issues in this complex world, I can fathom no moral muddle here, no, “On the one hand this, and on the other, that” conflict between claims of equally compelling legitimacy. The point of estate tax repeal is simply to hack away at the government’s revenue-generating capability on just one more front of a prolonged and passionate war, rendering it further incapable of tending to basic affairs of a civilized society.

Chief among these affairs, in many people’s estimation including my own, is some kind of safety net for the poor and dispossessed, so that the less fortunate and capable people among us are not living and dying atop cardboard boxes on the streets.

This is the flawed human psyche we are dealing with here, not some pie-in-the-sky essay by Marx or Mao…

But instead of tending to those public health problems—with their clear spiritual and humanitarian underlay—would-be estate tax repealers fret and fume and kow-tow to the interests of those for whom multi-millions of tax-free dollars are not enough to assuage their chagrin at paying some taxes on multi-millions of dollars more. Such abjectness in their plight!

Why, oh why can’t we do something to end their suffering?

No, I am not anti-capitalist, nor against private enterprise. I don’t believe in collectivism or the dictatorship of the proletariat. (Too much incentive-sapping in collectivism, and the proletariat would be just as overbearing and even ruthless dictators as elites tend to be; this is the flawed human psyche we are dealing with here, not some pie-in-the-sky essay by Marx or Mao…)

I’ve also been a businessperson and landlord long enough to know that poor people are no more saints than are middle class or wealthy people, and that some of them got that way because of their lazy, ne’er-do-well ways and willingness to do most anything to wrest some small advantage from compassionate capitalists whose heart occasionally overcomes their good sense.

(Of course, some wealthy people got that way as lazy, ne’er-do-well trust fund babies or because of their willingness to do most anything to wrest some large advantage, etc…) 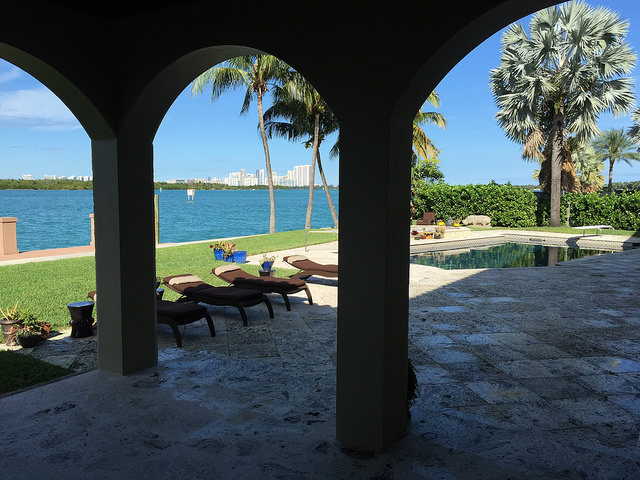 Truly, no group has a lock on either goodness or the greed and cunning that lie coiled and ready to strike from the dark recesses where they lurk in the human heart.

But let us talk now about benefit of the doubt, and about where and for whom our greatest interests (and legislative efforts!) should lie.

And about where Jesus, that towering moral exemplar for billions of people across the planet and virtually every one of the “aye” voters on estate tax repeal, would place his emphasis.

The same Jesus who bummed around the countryside with no possessions after retiring young from his modest carpentry career, relying on the kindness of strangers and then his disciples to feed him and find a place where he could rest his head. The same Jesus who said:

“The blind receive sight, the lame walk, those who have leprosy are cleansed, the deaf hear, the dead are raised, and the good news is proclaimed to the poor.” (Matthew 11:5  )

“If you want to be perfect, go, sell your possessions and give to the poor, and you will have treasure in heaven. Then come, follow me.” (Matthew 19:21)

“The Spirit of the Lord is on me, because he has anointed me to proclaim good news to the poor.”  (Luke 4:18)

“But when you give a banquet, invite the poor, the crippled, the lame, the blind, and you will be blessed. Although they cannot repay you, you will be repaid at the resurrection of the righteous.” (Luke 14:13-14)

Pretty clear where Jesus stands on these matters. It is a basic orientation and default position: Always tend to the baseline material interests of the poor, because the wealthy can fend quite well for themselves in these matters. They don’t need our legislation or other favors to slant the playing field any more degrees in their direction. 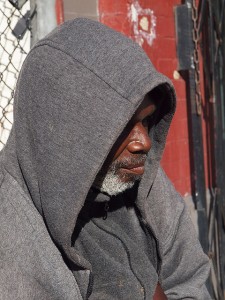 Not that the wealthy don’t suffer: everyone suffers in this life. No one gets out alive or is spared carrying a load of rocks—emotional, spiritual, physical—that is unique to him or her. But on this matter of giving some small consolation and support to the poor whenever possible, Jesus is both unequivocal and highly vocal, and any inferences to the contrary by those who would tend first to the wealthy under some deluded and disproven theory of “trickle-down economics” simply has no Jesucentric basis upon which to rest their case.

And their case is even less supported by the Old Testament, which Jesus was ostensibly sent to fulfill. There, we get chapter and verse, psalm after psalm, lifting up the poor (never the wealthy), for special treatment and concern.

“If there is a poor man among your brothers in any of the towns of the land that the LORD your God is giving you, do not be hardhearted or tightfisted toward your poor brother. Rather be openhanded and freely lend him whatever he needs.” (Deuteronomy 15:7-8)

“You rescue the poor from those too strong for them, the poor and needy from those who rob them.” (Psalm 35:10)

“For he will deliver the needy who cry out, the afflicted who have no one to help. He will take pity on the weak and the needy and save the needy from death.  He will rescue them from oppression and violence, for precious is their blood in his sight. (Psalm 72:12-14)

“Defend the cause of the weak and fatherless; maintain the rights of the poor and oppressed. Rescue the weak and needy; deliver them from the hand of the wicked. (Psalm 82:3-4)

“He upholds the cause of the oppressed and gives food to the hungry. The LORD sets prisoners free, the LORD gives sight to the blind, the LORD lifts up those who are bowed down, the LORD loves the righteous. The LORD watches over the alien and sustains the fatherless and the widow, but he frustrates the ways of the wicked. (Psalm 146:7-9)

Given the clear, sustained, and insistent moral imperative the Bible suggests for a society of caring brothers and sisters to consider the needs of the poor at every turn—which in today’s world, would have to include every crank of the Washington D.C. legislative mill—how can Christians possibly justify repeal of the estate tax? The question just hangs there, unanswerable by those who pay even passing attention to scripture.

“Times for things to trickle up, not down,” sings the legendary Pete Seeger here in a memorable and uplifting performance with a host of friends…

If you have a soft spot for inspirational bits of wisdom and insight from some of the world’s great thinkers and artists—accompanied by the usual fine photography as exemplified here—drop by anytime at my public Facebook page: http://www.facebook.com/TraversingBlog

4 comments to Jesus and the Estate Tax