John Muir and the Wild Calm Within 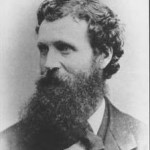 Why do I always feel, when I am meandering about in the mountains, so wildly free and self-possessed, and at the same time so puny and insignificant? Does the vastness and majesty of the setting release some heretofore unknown chemical that allows me to settle contentedly into my niche as a speck of cosmic dust, desiring nothing more than to exist in this moment of plain clarity and calm?

These are questions the naturalist John Muir may well have asked himself at age 30 when he nixed an offer of a partnership in an Indiana machine shop that made wagon wheels and set out to discover the world. He first headed to Florida on a 1,000-mile walk and eventually crossed back over the continent toward the Sierra Nevada Mountains, over which he was to spend much of the rest of his life tramping. A bedroll, bread and tea, and a few well-thumbed copies of friend Ralph Waldo Emerson’s works in his rucksack were most always sufficient for his needs.

Muir’s life is one that no novelist could fashion and make believable on the page, so fully inhabited it was with a combination of deep and sustained contemplation, writing, physically demanding mountain wanderings, and political activism. The latter saw him found the Sierra Club, make friends with and engage the ear of several U.S. presidents and countless dignitaries of his era, and be directly responsible for the establishment of Yosemite National Park and ultimately the entire national parks system. All with a consciousness steeped in an ecstatic, religious embrace of everything that is wild and natural and bathed in the light of the sun and the evening stars. 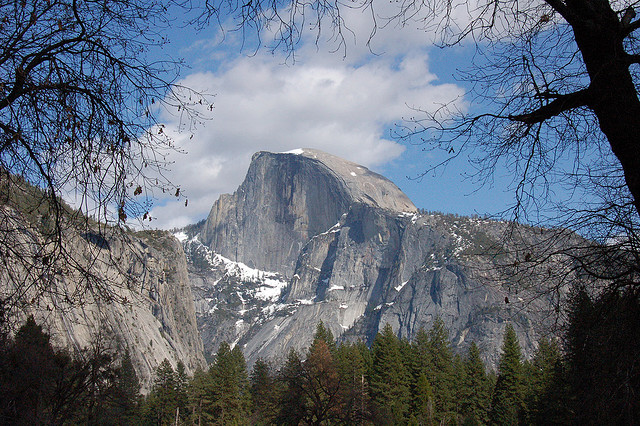 To Muir, everything in nature is enchanted and animated with sacred energy. His religion was to make the natural world come alive, to shimmer, reveal and offer itself, in its true essence, under his gaze. In an 1876 newspaper article entitled “God’s First Temples: What Shall We Preserve?”, he deplored the devastation of the forests for naked profit in typically hallowed tones:

A few minutes ago every tree was excited, bowing to the roaring storm, waving, swirling, tossing their branches in glorious enthusiasm like worship. Though to the outer ear these trees are now silent, their songs never cease. Every hidden cell is throbbing with music and life, every fibre thrilling like heart strings, while incense is ever flowing from the balsam cells and leaves. No wonder the hills and groves were God’s first temples, and the more are cut down and hewn into cathedrals and temples, the farther off and dimmer seems the Lord.

Obviously, no fan of church buildings was he, but just as significant here is that although he surely loved a single sequoia far more than all the gauzy cathedrals of history combined, he still invokes “The Lord” in this passage, suggesting an entity, a force of divinity behind or even synonymous with creation, though this divinity is revealed nowhere more than in the natural world.

Muir was raised under a severe, puritanical father whose joyless brand of Christianity had no room for play or delight in the world or other human beings. How he escaped from the clutches of this stifling environment to become a leading light of his age almost makes one believe in predestination—or at least the ability of people to transcend their circumstance and alight on their own path, seeking their own noble truths.

I am given to laughter at these moments, marveling at the audacity of us humans, all puffed up in our self-importance, Charlie Chaplin characters marching up to Brawny Nature and proclaiming our freedom from its transgressions with the bulwarks of our houses and stores and streets.

Notably, Muir didn’t actively refute Christianity as such, freely using religious language and invoking the name of a capital G “God” for the rest of his life. But he clearly rejected any notion of a ruler insisting on fidelity to dogmas and creeds, carving out a more prophetic and paganistic stance that didn’t so much reject Christianity as radically expand it (so radically as to make it unrecognizable to most conventional practitioners). His voluminous and ardent correspondence, often with women friends who were close confidantes, included this to Catharine Merrill in 1872:

We all flow from one fountain—Soul. All are expressions of one love. God does not appear, and flow out, only from narrow chinks and round bored wells here and there in favored races and places, but He flows in grand undivided currents, shoreless and boundless over creeds and forms and all kinds of civilizations and peoples and beasts, saturating all and fountainizing all. 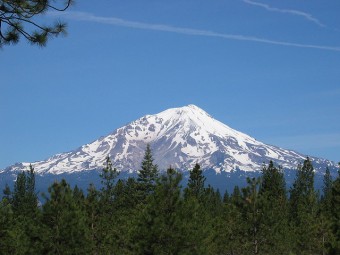 To plunge into any of Muir’s writings is indeed to be “fountanized” through and through, with such an ardor and worship of all God’s creation as to make heaven immanent, the clearest possible manifestation of divine love. The lovely passage below is from The Mountains of California, and it shows not only Muir’s ecstatic side but the care with which he crafted sentences in a writing life that he reportedly disdained. (“One day’s exposure to mountains is better than a cartload of books,” he famously said.) But he practiced writing with, I dare say, “religious” devotion all his life. A full day spent in his beloved Sierra begat this jewel:

Now came the solemn, silent evening. Long, blue, spiky shadows crept out across the snow-fields, while a rosy glow, at first scarce discernible, gradually deepened and suffused every mountain-top, flushing the glaciers and the dark crags above them. This was the alpenglow, to me one of the most impressive of all the terrestrial mentions of God. At the touch of this divine light, the mountains seemed to kindle to a rapt, religious consciousness, and stood hushed and waiting like divine worshipers. Just before the alpenglow began to fade, two crimson clouds came streaming across the summit like wings of flame, rendering the sublime scene yet more impressive; then came darkness and the stars.

Well: Mountains as “divine worshipers” that “stood hushed and waiting.” It is Muir, of course, standing hushed and waiting as a divine worshiper with a “religious consciousness” that he projects onto the mountains. He and the mountains as one—the mountains supplying the materials, the hard copy, and Muir freely injecting them with his imagination, the expression of his virtual inner world. (“The power of imagination makes us infinite,” he wrote in his journal.)

I think I feel more daunted but perhaps no less enchanted by nature’s wildness than was Muir, but the evidence would suggest he was a wee bit more of an accomplished outdoorsman than me. While I would stand slack-jawed in admiration at the base of mountains as I did this past weekend at Mt. Shasta, Muir would already have been climbing all over it, charting glacier activity like mad and welcoming any sudden snow speckling his beard and blanket.

“In God’s wildness is the hope of the world,” he wrote in Travels in Alaska. Nothing wrong with majestic sunsets, let us hasten to add, but for me, too, the expression of divine enchantment, of a super-charged world ripe and overflowing with meaning and wonder, is most acutely felt when approaching a severely blackened sky followed by cascading lightning strikes against its canvas. 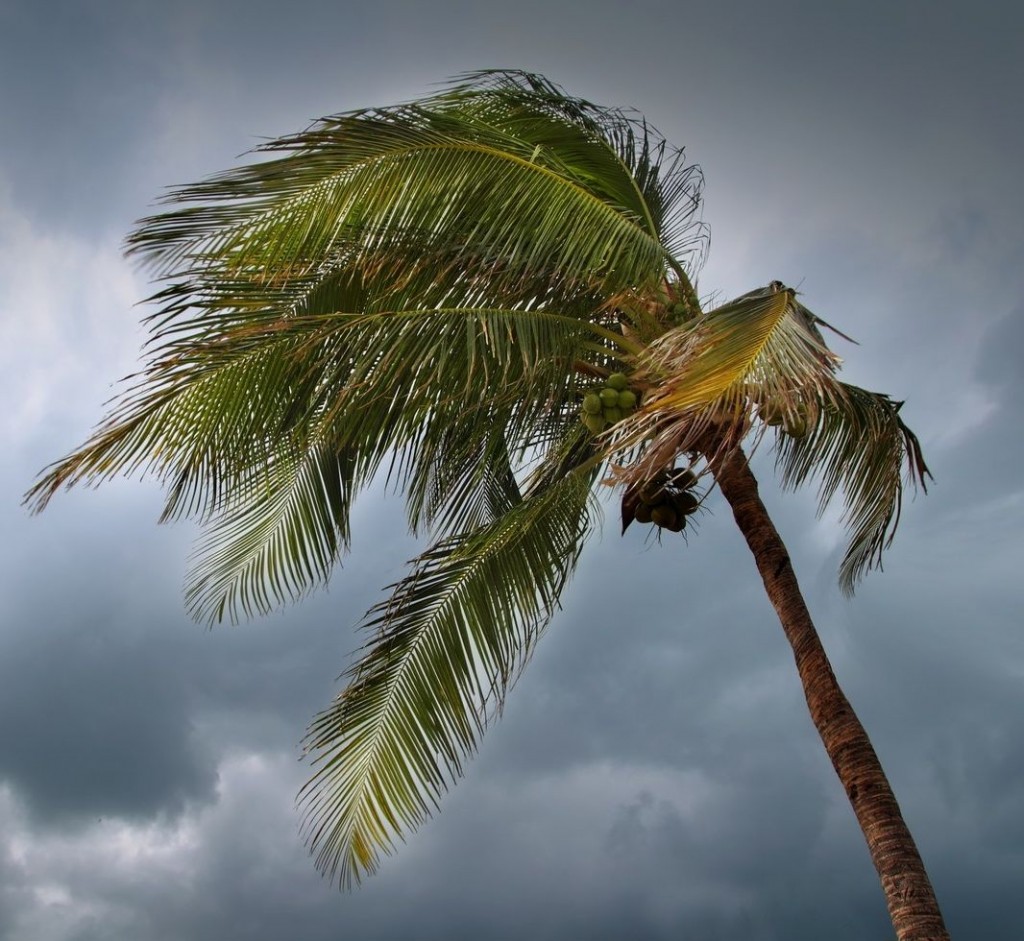 Or even just riding my bike on a howling windy day, when I forsake actually getting anywhere, but instead peddle slowly and gape at neighborhood trees gone nearly horizontal under the relentless gusting. I am given to laughter at these moments, marveling at the audacity of us humans, all puffed up in our self-importance, Charlie Chaplin characters marching up to Brawny Nature and proclaiming our freedom from its transgressions with the bulwarks of our houses and stores and streets. Is there anything more futile than flood or hurricane survivors who have lost everything staring into the television camera and vowing to rebuild “on this very spot!”?

Perhaps they will, and a good story it will make, but we are all eventually going, all of us and all of our world, collapsing back into the great (and natural) void from where we emerged. Understanding that fact acts as both balm and spur rather than dampener. It’s a short life even when one lives 76 years as Muir did, but in a fully embodied, which is to say, “sacralized” life, time slows, and the inherent wildness of all the nature surrounding us reveals itself moment to moment.

John Muir’s innumerable contributions to the understanding of our world—both inner and outer—coalesce into a reverent, ecstatic and emphatic embrace of that world, in all its wild, wondrous beauty. We can shrug our shoulders if we like, maybe even convince ourselves our days and our lives are just one damn thing after another, ho-hum. But that is to miss the whole show—playing daily in a natural cathedral near you.

Thanks as always to photographers:

Amanda Walker of Reston, VA (large Half Dome photo), under Creative Commons license,  some rights reserved, more of her work at: http://www.flickr.com/photos/amanda_walker/

Thanks also to my daughter, whose birthday wish this past weekend was to go camping with her pals at Lake Siskiyou, towered over by Mt. Shasta as one floats on one’s back in the summer sun. The excursion inspired me to dig out John Muir’s work from my home library and have myself a feast.

Many informative clips on the life and work of John Muir are available on You Tube, but Joni Mitchell mixes message and music like few others in a mere 2:45 of performance from 1970.

5 comments to John Muir and the Wild Calm Within