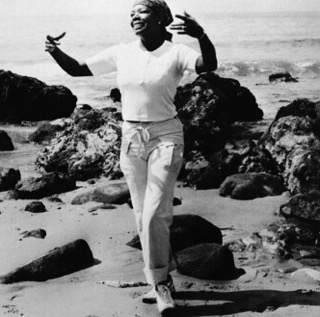 Before she died in 2014, Maya Angelou had for decades enjoyed oil wells pumping in her living room, gold mines spewing riches in her backyard, and for a nice sexy touch, she appeared to keep diamonds at the meeting of her thighs. (No word on whether they came from a diamond mine in her bedroom…)

We know this because she described these mighty assets in her 1978 volume from Random House, “And Still I Rise: A Book of Poems,” one selection simply dropping the “And” to make “Still I Rise” the near-title poem in the collection. (The poem is printed in full below.)

Angelou was a seeming force of nature over the course of her 50+ year career as a memoirist, essayist, poet and civil rights activist. Morally serious, unafraid, measured and eloquent, her voice resounded both on the page and into microphones, making her compulsively listenable.

She was a kind of James Earl Jones of the literary set, giving nothing away to him or anyone else in sheer gravitas.

Another (related) part of her genius was rooted in a sense of presence that clearly conveyed it would be unwise to mess with her, in whatever form one was considering it.

Having survived being raped as a child, Angelou fashions a beautiful statement of personal freedom out of this poem, reflecting an inner core that no one can touch unless she allows it.

In “Still I Rise,” she rises up not only in righteous anger at the atrocities and oppression foisted upon black women over centuries, but also with substantial undertones of humor (yes, at others’ expense).

She’s taking the liberty to indulge in a little fun, taunting her would-be oppressors for their failure to dampen her spirit and then bragging to them about all the riches she has managed to bring into her life: the metaphorical oil wells, gold mines and diamonds serving as stand-ins for the true riches of self-possession and courage, independence, haughtiness and laughter.

Of having found the wherewithal to rise up on her haunches and insist on her rightful place in this world, which her oppressors had made hapless attempts to deny.

Having survived being raped as a child and various other assaults on her being that she chronicled in her best-selling 1969 memoir, “I Know Why the Caged Bird Sings,” Angelou fashions a beautiful statement of personal freedom out of this poem, reflecting an inner core that no one can touch unless she allows it.

Let’s read it now and then wrap up with a few concluding comments so you can settle into whatever serves as a proper New Year’s Day. 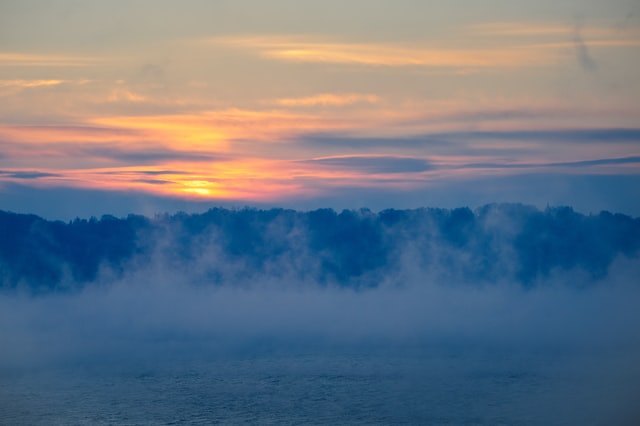 You may write me down in history
With your bitter, twisted lies,
You may trod me in the very dirt
But still, like dust, I’ll rise.

Does my sassiness upset you?
Why are you beset with gloom?
’Cause I walk like I’ve got oil wells
Pumping in my living room.

Did you want to see me broken?
Bowed head and lowered eyes?
Shoulders falling down like teardrops,
Weakened by my soulful cries?

Does my haughtiness offend you?
Don’t you take it awful hard
’Cause I laugh like I’ve got gold mines
Diggin’ in my own backyard.

Does my sexiness upset you?
Does it come as a surprise
That I dance like I’ve got diamonds
At the meeting of my thighs?

Out of the huts of history’s shame
I rise
Up from a past that’s rooted in pain
I rise
I’m a black ocean, leaping and wide,
Welling and swelling I bear in the tide.

Leaving behind nights of terror and fear
I rise
Into a daybreak that’s wondrously clear
I rise
Bringing the gifts that my ancestors gave,
I am the dream and the hope of the slave.
I rise
I rise
I rise.

I remember reading “…Caged Bird…” as a college student shortly after it came out and wondering to myself at the time how it was possible to hold onto anything resembling overt racist views in the wake of such a powerful and assertive work.

At the same time, in rapid succession like cluster bombs going off in my brain, works by Malcolm X, James Baldwin, Gordon Parks, Ralph Ellison. And of course the soaring rhetoric of MLK was ubiquitous across the media back then.

What white person could possibly withstand that barrage of brilliance and moral courage and hold fast to any sense of superiority or earned privilege?

It made me think then—and I haven’t changed my mind—that most all prejudice was due to the twin lacks of exposure and education, and that the only way out of the roadblocks they posed to continuing progress was to widen the opportunities for both. 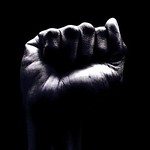 Despite the past few years of explosive racial turmoil, there is certainly no minimizing that blacks’ standing—politically, culturally, economically—is worlds beyond where it was when the voices cited above were holding forth a half-century ago. Same goes, perhaps even more acutely, for another historically marginalized group—gays— whose fortunes have also been on a dramatic upward arc.

Who could have predicted that a black man would serve two terms as president barely 40 years after an avowed racist governor who had bellowed “Segregation today, segregation tomorrow, segregation forever!” at his own gubernatorial inauguration would go on to win five states and 20% of the presidential vote in 1968?

Or that a gay man with a husband would become a serious candidate for president—up there on the debate stage as a fully fleshed out, remarkably gifted human being—just one term after the black president had departed (even as the recoil of an amoral man playing various racist and other odious cards had managed to assume that very office).

And so it is. But progress, lurching and tenuous as it so often appears to be, is undeniable, and hope must spring eternal if we are to continue finding our way.

Meanwhile, let us note on this debut of a new year that the racial progress we have managed to make stands as but one legacy bequeathed by the likes of Angelou and her cohorts mentioned above. Their fortitude, their grace, their courage, their great intelligence and moral conviction—are still paving the way for their heirs to continue to
rise
rise
rise…