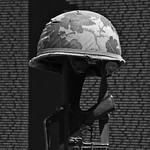 A few minutes into Spike Lee’s newest film, “Da 5 Bloods,” there is a lovely scene of old pals, African American Vietnam veterans, reuniting in the lobby of a Ho Chi Minh City (formerly Saigon) hotel after an unspecified long hiatus from each other’s company. The mood is jocular, joshing, loving, full of huge smiles and secret code handshakes, all of which engendered a gushy inner glow in this viewer, reminding me as it did of warm-hearted reunions of my own.

Then I got a grip on myself and interrupted my reverie with, “Oh crap, this is a Spike Lee movie!”

Which is when my thoughts shifted instead to donning some kind of emotional flak jacket and tension reduction helmet, the better to withstand the next two and a half hours of what I knew would be Lee’s visionary provocations, challenges, goads and questionings of the American experience, particularly with respect to race relations and the centuries-long struggle of African Americans for their full personhood.

What the quintet finds trekking up that river and ultimately into the jungle will test everything they have in terms of physical stamina and resolve, and everything that they are in terms of honesty, trust and loyalty.

“Da 5 Bloods” is a Netflix release, made available via streaming in June. None of the many studios Lee pitched would take it on, he revealed in interviews earlier this year, and quite literally, “There was nowhere to go after Netflix.”

That fact may strike you as astonishing if you have seen the film or plan to in the future, and it may well leave the naysaying studios lamenting their decisions come awards season. The film’s 155 minutes are by turns tense, fascinating, tragic, elegiac, ferocious and sobering.

What they never are, even for one minute, is boring.

Indeed, the time sails by as the film twists, turns, loops backwards (devastating flashback sequences) and builds to a conclusion far removed from the seeming innocent good vibes of those first moments in the hotel lobby. 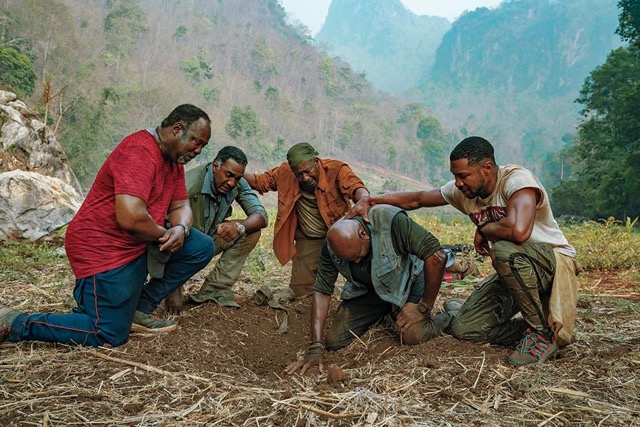 “Da Five Bloods” sees four members of an infantry unit—Melvin (Isiah Whitlock, Jr.), Otis (Clarke Peters), Eddie (Norm Lewis) and Paul (Delroy Lindo)— brought together a half century after their military service for a dual purpose. The first is to honor their beloved and now near-mythical former commander, Stormin’ Norman (the late Chadwick Boseman, battling colon cancer right through the spring, 2019 filming), by retrieving his body from where it had to be left behind in a shallow grave after the unit’s firefight with Viet Cong soldiers.

Secondly, and not coincidentally, they aim to bring back a huge cache of gold the group had stumbled upon at the time, which they also buried on the same hill.

The original script by Danny Bilson and Paul DeMeo featured four white vets returning to Vietnam in pursuit of treasure only. By the time Oliver Stone dropped out as possible director and the script wended its way to a rewrite by Lee and his collaborator Kevin Willmott, it picked up traction as a disquisition on just one more front in the centuries-long “war” for African Americans’ civil rights.

The quartet is soon joined by a fifth member, Paul’s semi-estranged son David (Jonathan Majors), who clandestinely follows along from stateside to both watch over his troubled father and to try to patch up their long frayed relationship. (The fact that Paul is a MAGA hat-wearing Trump supporter doesn’t make the patching any easier.)

What follows from there is a journey upriver and into the jungle in search of honor for their fallen comrade and treasure for themselves (though there is talk—and dispute—among them of directing some of the loot to the cause of black liberation back home).

And yes, a “journey upriver” may ring an “Apocalypse Now” bell for you, and a search for “treasure” another clang—for “The Treasure of the Sierra Madre.”

Like many directors, Lee has always been over the moon about film history, and takes every opportunity to pay proper homage, usually in sly, wink-wink asides. (“We don’t need no stinkin’ official badges!” a Vietnamese character crows, training a rifle on the group in a menacing scene leavened by the bow to John Huston’s’s fabled 1948 western.)

What the quintet finds trekking upriver and ultimately into the jungle will test everything they have in terms of physical stamina and resolve, and everything that they are in terms of honesty, trust, and loyalty. And as we all know, when large sums of money are at stake, those latter qualities of character can face an absolutely brutal reckoning.

No worries, I will do my utmost not to lay any significant spoilers on you for the rest of this post. Instead, just a few discussion points I trust will simply whet your appetite without undermining the drama. Besides which, the way the tension builds and sustains itself under Lee’s direction, you’ll likely take temporary leave of everything you’ve seen and heard in your past life before the film releases you from its grip. 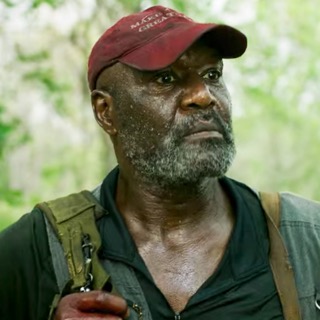 Lee is at once among the most playful and morally serious of contemporary filmmakers. Besides his bows to cinematic history, he turns Shakespearean here through his character Paul, whose grip on reality takes devastating turns in soliloquys that rival the best/darkest of Hamlet and Macbeth. And as film viewers, we also see, in up-close cinematic detail, every drop of jungle sweat on Paul’s face, and his aching, agonized eyes that fill up the screen in a performance of magisterial depth.

On the lighter side, if you hadn’t noted da five bloods’ names above, they just happen to coincide with the names of The Temptations’ original members, arguably the finest soul group going through Lee’s boyhood. (He was born in 1957.)

Lee also displays his directing chops with a gun making an appearance in an early scene, along with a trio of do-gooding land mine removal workers. (One of the latter is the gorgeous French actress Mélanie Thierry, whose ways with a cigarette in a key early scene almost succeeds in making it the glamorous ritual old Hollywood suggested it was back in the day. Later on, she lights up frantically just to soothe her nerves after a harrowing scene that would’ve had me join her if I could have reached up through the screen to snag her ciggie for a puff.)

The gun and land mines recall 20th century playwright Anton Chekhov’s famous dictum that if you hang a gun on the wall in the first act, you’d better put it into action by the third, otherwise there’s no point.

Yes, the gun and land mines reappear later in the movie; Lee appears to be a faithful Chekhovian, which is to say, he’s a great storyteller who never wastes a scene or song or reference.

And then there is the late R&B master Marvin Gaye, whom Lee calls upon to croon underneath a good part of da bloods’ fateful journey. For all Gaye’s mellifluous phrasing and buttery tone, “Inner City Blues (Make Me Wanna Holler)” and “What’s Goin’ On?” are hardly come-hither romances. The latter answers its own question with these doleful observations right in line with Lee’s message:

“Come on now,” his movies suggest, pointedly, but without rancor, to his white brothers and sisters, “how you gonna get there leaving your black brothers and sisters behind? What did y’all miss in that discussion of ‘inalienable rights’ and ‘created equal’ and ‘pursuit of happiness?'”

The bitter irony facing every African American soldier since their service in the Revolutionary War is summed up starkly by Paul, who serves as the locus for the group’s struggle with having risked their lives and their sanity for a country that had never had their backs. “We fought in an immoral war that wasn’t ours, for rights we didn’t have,” he laments.

The point is reinforced for Paul and his cronies in flashbacks to “Hanoi Hannah,” the riveting North Vietnamese radio propagandist whose soothing, faux-intimate addresses focused particularly on “Black G.I.”

We see the group’s faces fall as they react to her announcement that Martin Luther King has been assassinated, followed by coyly phrased questions about just why it is that blacks comprise 11% of the U.S. population but 32% of the military force in Vietnam.

As Lee knows all too well, those and many other statistics of similar dismal import reflect a reality of African American life that hasn’t changed all that much in the last half century. No, people of his skin color couldn’t make movies like this that would be seen and hailed by white audiences and critics of the past, as they are now.

But for all intimations of that progress, we have the specter of Jacob Blake’s back, George Floyd’s neck, and Breonna Taylor’s dark apartment, sobering symptoms all of the continuing ills Spike Lee has been pointing to with such unflinching purpose for so long.

When Marvin Gaye played “What’s Going On” for Motown Records founder Berry Gordy in 1970, Gordy, concerned Gaye’s turn from romance to political commentary would alienate his fan base, called it “the worst thing I’ve ever heard in my life.” Gaye persisted, and the song and album became monster commercial and cultural hits.

10 comments to Not Your Typical Reunion: Spike Lee’s “Da 5 Bloods”