Offline in Maine: A Photo Essay 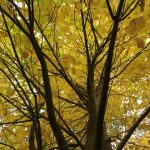 A vacation trip to the east coast last week brought forth a surprise. Despite my best (or worst?) intentions to mix in some work with the pleasure of my first experience of New England in the fall, it turned out that for the several days I spent on the rural Maine coast, I had no Internet access. Adding insult to injury, my cellphone service was down as well. Apparently, there are not enough people out there to warrant the digital infrastructure that would allow those far-flung inhabitants to keep fully on pace with the 21st century.

Now, I am someone with a profession that requires buddying up with both my computer and phone all day. And my primary avocation—readin’ & writin’—requires the same. So predictably enough, this disconnection in Maine was initially a cause for concern.

I think I remember uttering the words “Oh no…” when I first discovered, after several attempts, that my browser was simply not going to fire up the e-edition of the New York Times to accompany my morning coffee. And that the photos of trees and water and rocks that I shot with my handy-dandy iPhone camera were just not going to take off in that miraculous way that they do through the stratosphere, landing in friends’ and relatives’ similar gizmos within a nanosecond or two.

In short, I was marooned, adrift, out of touch, cut off from most all my usual sources of daily communication save for the words and thoughts I could express directly to my traveling companion and the dear friends who had voluntarily chosen to live in this digitally deprived way.

So this is about the time when I should report that after the expected consternation and “Oh, no”-ness of the first disconnected moments and hours passed, my spirits began to soar with newfound freedom and emotion.

That I found myself breathing deeply of the crisp fall air and noticing those fantastic simmering leaves as I lifted my head from my machines and gazed for the first time in years at the sky.

That my two-finger typing turned into a single middle finger aimed at the machines that had kept my unwitting self oppressed, head bowed in strange obsessive devotion to electronic gadgets that sucked my attention away from the things of the world that really matter.

Except that wasn’t what I experienced at all.

Oh, I got by all right. No wailing and gnashing of teeth, no serious fretfulness or withdrawal symptoms as I was forced to separate from so much of my standard activities devoted to learning and communication. I still had my books and poetry to protect me. (Thank you, Paul and Art!)

But in the end, the digital disconnection was a mere inconvenience, leaving me feeling neither mournfully deprived (at least for those few days) nor newly liberated as a citizen of the de-digitized world.

For better and for worse (I think it’s far more of the former than the latter), this connected world is the world we live in, one that I have chosen to embrace along with now billions of others whose primary modes of information-gathering, communicating and entertaining themselves and each other are almost completely reliant on phones that slip into pockets,  and computers that fit tidily on laps and are transported easily via briefcase or daypack.

I love being able to text my daughter letting her know her Daddy’s thinking about her thousands of miles away, agonizing with her about yet another Giants’ relief corps 9th inning collapse.

I love the thoughtful, funny, mournful, outraged emails that land in my digital mailbox every day (and about every 10 minutes when a certain presidential candidate goes off on yet another moral bender).

I love looking up at those shimmering leaves, which neither my computer nor my phone ever prevent me from indulging on a daily basis.

Indeed, the experience is made all the better by being able to point that sometimes maligned and cursed phone up at the trees or out to the shore to capture what I am seeing, then answering the nearly universal call to exclaim to friends and loved ones or else anyone standing conveniently by: “Hey, look at that! And that!! And oh my, look over there, too!!!”

Couldn’t do that while I was disconnected last week. But the camera did what it most always does, and its memory held fast, so here I am, back in the connected world again, late on the uptake but pleased to say anyway: “Hey, look at these!” 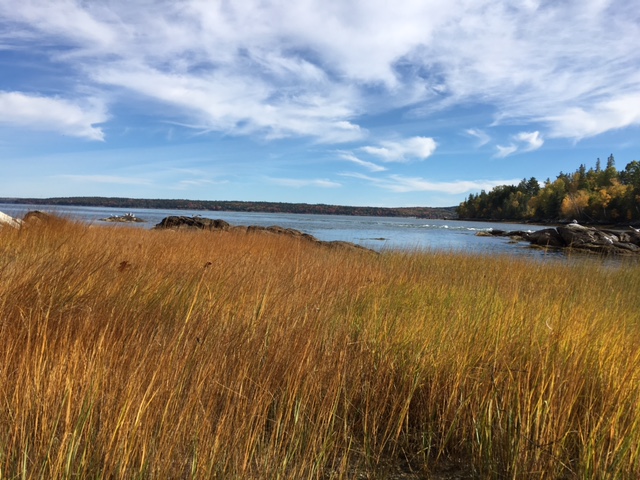 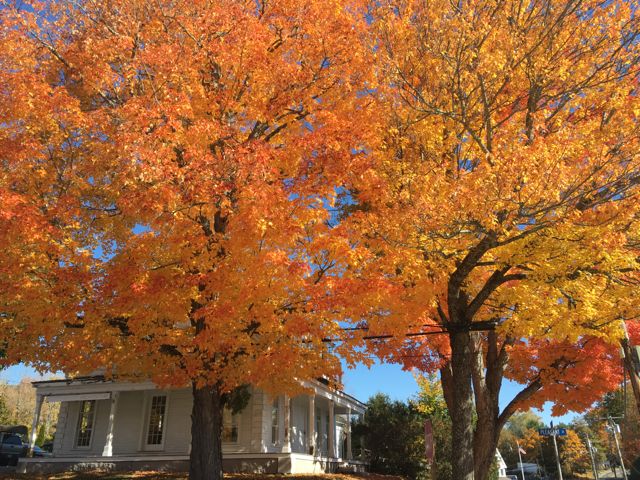 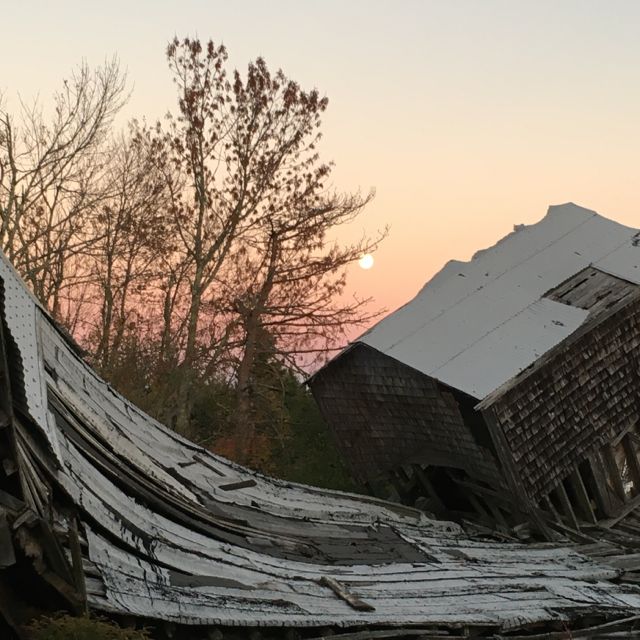 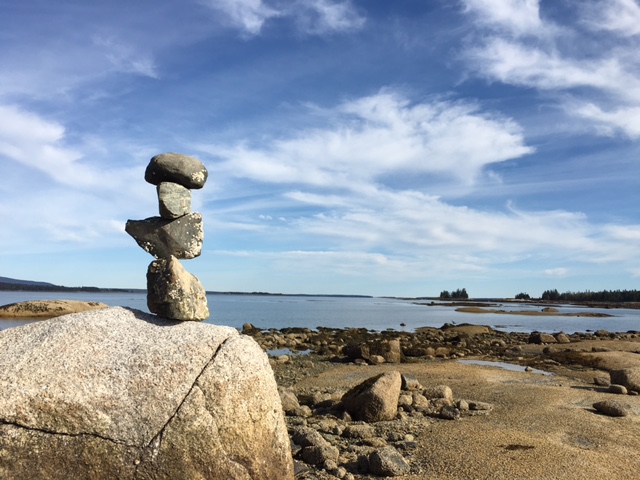 The quietude of Flye Point 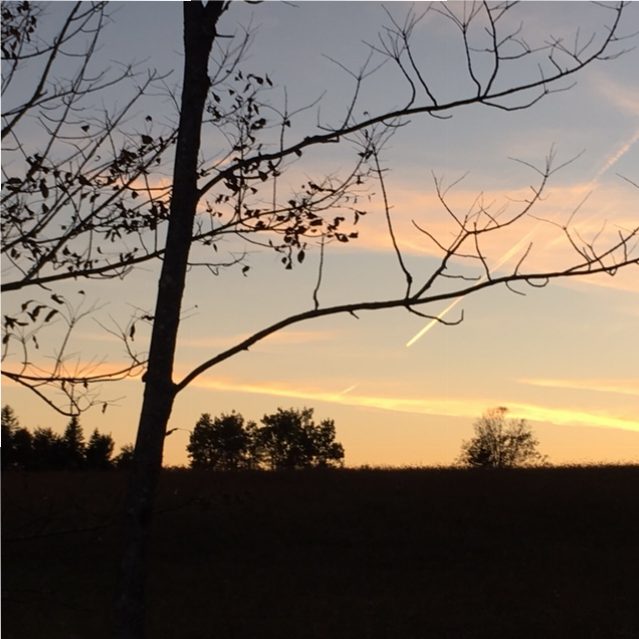 Fall having already done its work… 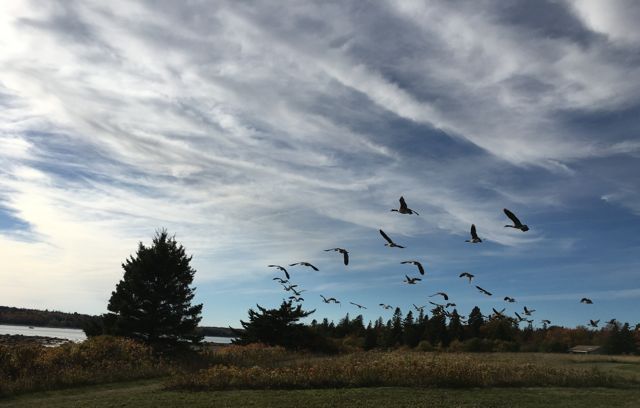 The geese of an autumn afternoon… 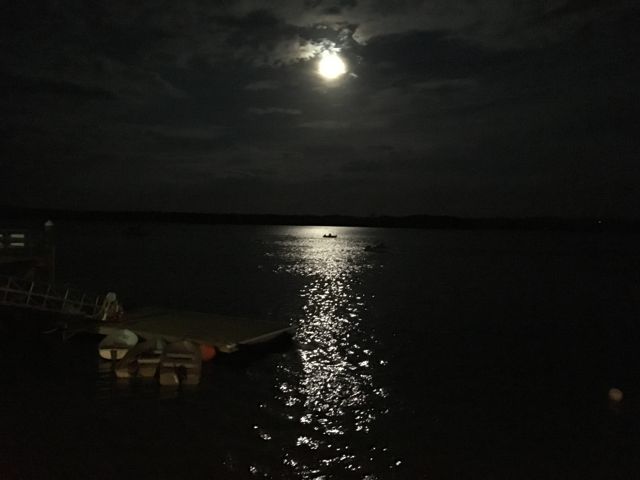 Kastine under the moon 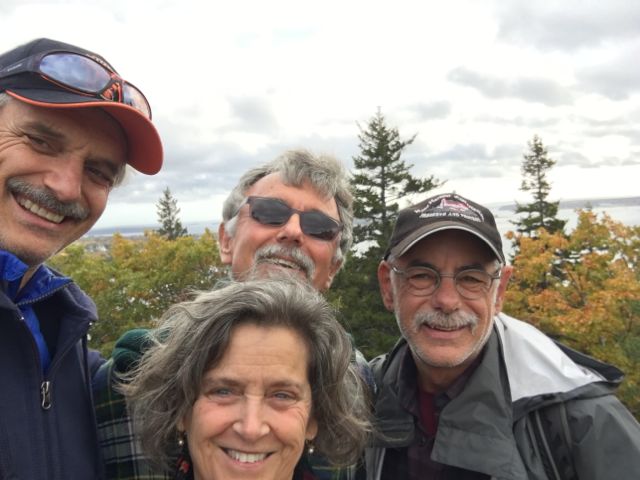 4 comments to Offline in Maine: A Photo Essay