Our Need for Heroes 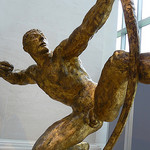 We got a letter the other day inviting our family to a banquet honoring my daughter’s high school’s “Students of the Month.” My daughter was honored as such in the fall for unhesitatingly stepping forward to hold, comfort and prevent further injury to a classmate as the girl suffered a seizure and fell to the floor while the teacher summoned help. My daughter was pleased a few weeks later when they honored her as a Student of the Month in recognition of her compassionate, forthright response. Her classmates, in typical enough youthful human fashion, had recoiled in a kind of frozen discomfort.

And my daughter’s response to the banquet? “Do we have to go?”

Then she went on to say something very interesting, and perhaps more mature even than her action to help her classmate. “I only did what any human being should do; it’s not really that big a deal.”

She’s right, of course. It shouldn’t be that big a deal. But the fact that it is tells us much, I think, about two things: 1) some people’s general reluctance and hesitation to pitch in with inherently discomforting situations, and 2) the age-old archetype of the hero—our need for it, our desire to create, with our adulation, heroes among our midst. (And later, our tremendous, world-shattering dismay when they often—no, make that “almost always”—turn out to be just as fallen and human as we are.)

A similar scenario was recounted in a newspaper account a few days ago of a man who had suffered cardiac arrest at a freeway off-ramp when waiting for a light. When his car rolled back into the car behind him, the driver got out to investigate, saw the man slumped over his wheel, a few others came to assist, and they got the man out of his car and administered CPR until emergency help arrived. The fire chief’s sign-off line in the article: “That people took action, that is amazing.”

I found myself almost shouting into my morning coffee cup: “Amazing? What, you expected them to stand there talking about the Giants’ lack of hitting until your EMTs arrived?”

We humans are consistently better than that, I like to think: better than to “amaze” ourselves by responding in such basic, almost in-born fashion to help our fellow humans in need. This despite our equally human penchant to slice, dice and bomb each other into oblivion in altercations between warring tribes. Both those tendencies make up the human pageant, but it is the helping, ostensibly “heroic” part that will concern us here. 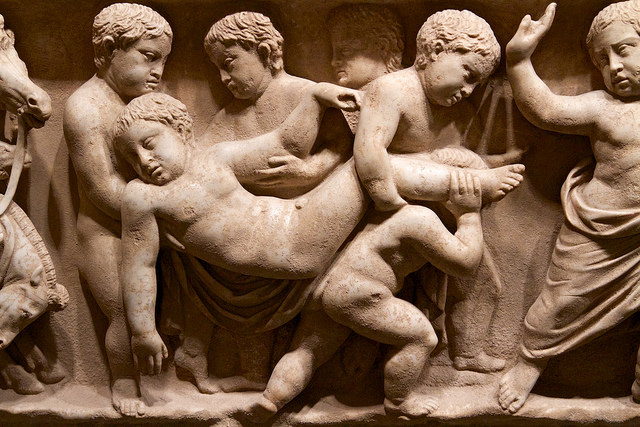 The hero archetype is rooted in antiquity, in the very earliest manifestations of our consciousness that formed us into the storytellers that we are. The ancient Greeks were all over the hero myth. Heracles rescued Hesione, the beautiful daughter of the king, by confronting the sea monster who was about to devour her after the king, that lowly coward, had tied her to the rocks and offered her up as a sacrifice. (“Thanks, Dad!”)

As the monster rose to the surface and opened his jaws for his snack, Heracles dove in with his sword flashing, managing to cut his way through the beast’s belly and leave it dead, the comely princess thus freed to go forth and create little princes to sustain her father’s lineage. (Hopefully, his recessive cowardly gene did not survive the new DNA configuration with her husband.)

And so it goes across virtually every culture in the world, only details and contexts changing, but the central archetype nearly identical: the hero’s going where few or no other persons dare to go, then coming back to us with hard-earned wisdom borne of the courage to risk it all.

In western culture, Jesus is not anything if not the ultimate hero, the very embodiment of courage, self-sacrifice, and the perennial wisdom borne of his encounter with the monster Satan. (His own, unhumorous version of “Thanks, Dad!” can be seen in his crying out on the cross: “Father, why hast thou forsaken me?”) 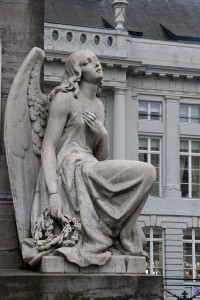 In today’s world, of course, we have somewhat lower standards, as my daughter rightly complained. It’s not like she had to endure crucifixion or a descent into the belly of a beast to earn a kind of hero status for what was, to be sure, her commendable action in helping her stricken classmate. Nor did the people involved in coming to the aid of the motorist, which so “amazed” the fire chief.

Nevertheless, our need to confer hero status on fellow humans is folded indelibly into our continuing efforts to become better than we are—more courageous, helpful, compassionate, whole. For that, we need models, inspirations, someone to point to for both ourselves and our children in saying, “See that person? That’s the way to be, the way to act, the values to embody! You can do it, too!”

And of course, we can, though far too many of us don’t, and virtually all of us don’t at least some of the time. Periodically, even the most courageous and faithful of us fail and fall short of our heroic ideal. And then the recrimination and scorn from the previously admiring public and even from one’s own highest aspiring self can be swift and brutal.

“He’s no better than us!” we cry about the fallen hero.

And so he isn’t. Which is a bitter—and maturing, and liberating—experience for us humans. We all both need heroes and then just as strenuously need to dethrone them as we claim our own responsibility for acquiring the special knowledge and wisdom they possess. Those come only  from risking all, flailing into the belly of the beast, and—we hope—emerging out the other side, chastened, bloodied, renewed, but still bowed humbly with the weight of the new tasks that present themselves forever ahead.

This song by Skillet is a little heavy-rocky for my usual musical tastes, but there’s no denying the power and relevance of the lyrics…

Angel sculpture from Martyrs’ Square in Brussels, Belgium, remembering those who died in the Belgian Revolution of 1830-31, photographed by Fiona Cullinan, some rights reserved under Creative Commons licensing, see more at: https://www.flickr.com/photos/katchooo/

4 comments to Our Need for Heroes