Poisoned Politics: Songs of Longing and Loss by John Stewart and John Gorka 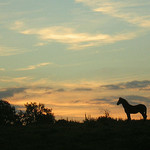 Our politics seem so poisoned today one is tempted to retreat to a soundproof room and either scream till the voice is no more or crank up the volume on some punk rock anthem until the hearing goes. We live in an era when every garden-variety disagreement begets threats of filibuster and terminal gridlock, and we are left longing for a more innocent and collegial time.

No, that probably wouldn’t work. Two assassinations, two months apart, of towering figures in the civil rights movement coupled with an unpopular war to lend an unreal air to domestic politics that year. And that was before the rioting at the Democratic Convention in Chicago later in the summer that gave Richard Nixon the boost he needed to win in November and usher in the dismal history that followed.

Yet within the profound conflict of that era stirred powerful longings and currents for the continual change that has always undergirded our history. The civil rights movement brought about protracted and seemingly unavoidable turmoil, but also the continuance and further sealing of Abraham Lincoln’s Emancipation Proclamation for African-Americans more than a century after he issued it. That ultimate, if halting, emancipation was probably inevitable, too, Martin Luther King’s “arc of the universe” bending as it seems to do.

Shock, mourning, despair and the wail of ‘When will it end?’ filled the national conversation, much of it rhetorical, because there were no answers, really…

Still, it is probably impossible to overstate what was both the tender and the explosive state of the nation’s psyche in the wake of King’s slaying in April followed by Bobby Kennedy’s two months later. Shock, mourning, despair and the wail of “When will it end?” filled the national conversation, much of it rhetorical, because there were no answers, really—that was the only thing people did know.

Folk singer John Stewart, who died in 2008, expressed the deep mournful side of Kennedy’s loss and what it meant for the era in his multi-part song, The Last Campaign Trilogy. He employs a beautiful if unexpected transition midway through when he breaks from description of his experience traveling with the campaign to an abrupt and extended metaphorical riff on wild horses. It includes this devastating summation of so much that has since gone wrong in our country spiritually, morally, environmentally, politically:

Shoot all the brave horses, and how will we ride?

The You Tube video here shows some of those horses in their wild prancing state, along with a look at the face of the real poverty that Kennedy chose not to ignore or pass off as just the way of things in his flaming meteor of a life.

Nearly 30 years later, the folkie John Gorka, every bit Stewart’s kin in songwriting prowess, delivery, and the indefatigable energy and commitment required to tour a good part of the year every year of his life, wrote his own mournful meditation on politics entitled Campaign Trail. Though more pointed in his critique of how money corrupts politics, Gorka, like Stewart, refrains from savaging individual politicians.

The narrator of the song is himself a politician, and he is as aware and seemingly sad about what his world is about as are any of his constituents. Is this why he got into politics—so he can “find more hands in his pocket than he can ever shake?” One suspects not, but he’s finding his options awfully limited, because, among other things, “Someone’s watching every move I make.”

Gorka’s politician here has found himself trapped, and whether we feel sympathy or anger toward him, if we are fair we should direct it at ourselves, because truly he is us, he “represents” us, everyman and everywoman, snared in a maze with no ready escape while we pound away on our smartphones and snicker at the latest escapades of the Kardashians. 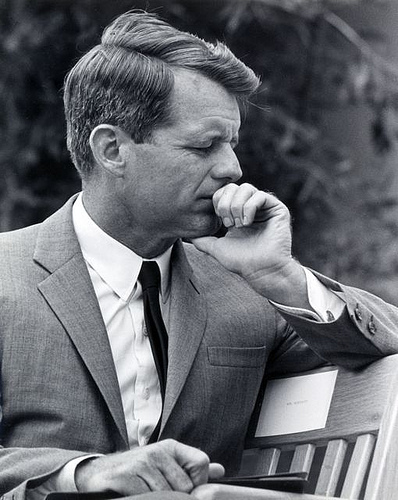 I was watching television the night of Bobby Kennedy’s assassination. A political junkie even at 17, I was awaiting his appearance at the Ambassador Hotel just miles from my house in Los Angeles after his victory in the California primary had been announced and he was set to make his speech. The remarks died a premature death just as he did after being gunned down on live television by what has always seemed to be a hopelessly confused assassin. Did anything Sirhan Sirhan ever say about his motivations make any sense?

I would have voted for Kennedy in that day’s election if I were old enough. Even at my tender age—or perhaps because of it—it was easy to see how deeply and truly in his gut Kennedy carried his concern for the poor and oppressed. It was a matter of religious faith with him, but it also sprang from what seems today like the quaint notion of noblesse oblige—that the wealthy have a responsibility, a moral imperative, to share what they have and help lift others up in their wake.

Then came Ronald Reagan and Gordon Gekko and the greed-is-good ethic that considered poverty to be a moral failing and the wealthy as a protected class, sanctioned by God to enjoy low taxes in perpetuity—and offshore accounts when taxes just couldn’t and shouldn’t be tolerated at all.

How did it come to this? So many reasons, so many pivot points upon which our history has turned. More than we can even attempt to explore at the moment. So let this blessed music speak to us as it will.
***

***
Campaign Trail is from the album, Between Five and Seven, © Windham Hill Records, all rights reserved.

The Last Campaign Trilogy is from the album, The Phoenix Concerts Live, 1974.

4 comments to Poisoned Politics: Songs of Longing and Loss by John Stewart and John Gorka