Praying, or “Holding a Good Thought?” 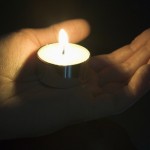 The cultural divide between the sacred and secular plays out on many fronts, and as revealing as any of them is the simple matter of how we wish each other well when someone is ill or enduring some personal trial. “I’ll pray for you,” say the traditionally religious, who may even tack on a pledge to fire up a “prayer chain” via their Facebook friends or church and thus multiply the purported power of prayer to affect human events.

“I’ll be holding a good thought for you,” say the secular, studiedly avoiding any reference to the divine.

Now: the essence here is quite similar, yes? We care, we sympathize, we want to offer the person whatever comfort we can in riding out the storm he or she is facing. The different phrases bespeak deep differences, though.

The secularist’s “good thought” does not generally reflect belief in a divine power who listens to human utterances and perhaps takes them into account when determining who shall get well, how fast, and whether they will even get well at all.

The religious person who believes in the power of prayer to actually heal and perhaps save a life is confronted with many challenges to their line of thinking, not the least of which is how regularly it fails. Everyone, no exceptions, dies in the end, many sooner and in far more horrific circumstances than seems fair, no matter the legions of people praying for them.

And then there is the matter of a God who would be swayed by how many people are praying for a given individual: Wouldn’t a just and merciful God take special care to heal a poor unpopular wretch who doesn’t have a prayer of recruiting anyone into his or her prayer circle? 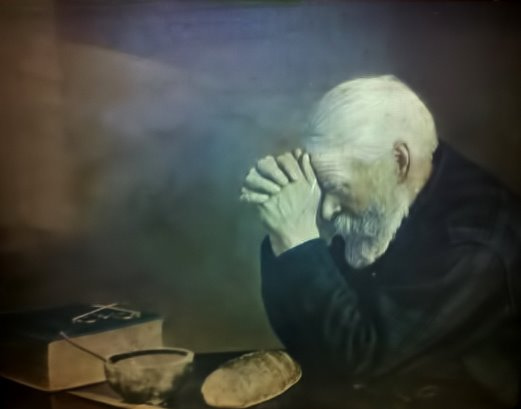 Be that as it may, one can argue that the mere fact of offering either “prayers” or “good thoughts” has a healing quality, if not of a physical ailment, then at least of the emotions. It is good to know we do not suffer alone in a cold uncaring world. (A dear friend of mine is an exception: he wants nothing so much as to be left alone when half-dying with the flu. To me, yes, please do bring the chicken soup and sit by my bed as you put your hand to my forehead and softly murmur, “I think your fever may be better.” Even if it’s a lie.)

If different religions are about different narratives, symbols and language, all straining to reflect universal values of goodness, compassion and care, then is it not possible and sometimes even advisable for me to tailor my words in a way that will have the most direct and helpful impact for someone who speaks a slightly different language than me?

My own orientation is to look at religion as a narrative structure, as a way, via the marvels of language and the storytelling that has emerged from it over the eons, to express and elaborate upon primal feelings of wonder, awe, bliss, love, gratitude and yes, deep questioning and terror.

We are moved to put words, thoughts and images to those feelings, gather with others who seek to do the same, create narratives around them, and presto, we have a religion.

The fact that humanity has as many religions as it does—and even vastly differing interpretations and practices within the purportedly “same” religion—simply affirms that story is at the root of them all. And we all know that different people gravitate to different stories and different takes on the same story.

Atheists call it all delusion and fantasy, the sooner done with the better. I suspect it won’t be soon or ever, and that the religious impulse will always be with us. It’s the understanding and practice of it that will require quite a bit more work.

As for myself, I recently came to a new approach on this prayer-or-good thought axis. I’m a “good-thought” person of longstanding, not conceptualizing God as a being subject to beseechings from below, though I am certainly accepting of others for whom that imagery is edifying. But last summer, a Christian family of my acquaintance suffered a calamity that moved me to send a note, and in thinking through what to write I decided for the first time to offer a simple, “I’ll be praying for you.” I realize that leaves me open to claims I’m being inauthentic, since I won’t be directly praying to an entity that I think is listening. But please bear with me a moment while I hash this out. 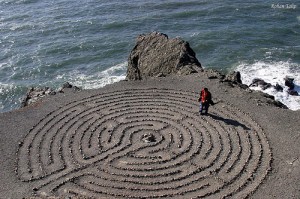 If different religions are about different narratives, symbols and language, all straining to reflect universal values of goodness, compassion and care, then is it not possible and sometimes even advisable for me to tailor my words in a way that will have the most direct and helpful impact for someone who speaks a slightly different language than me? If my claim that “I’ll hold a good thought for you” reflects much the same basic hope and desire to comfort the other as does “I’ll pray for you,” then might I not move fluidly from one to the other of those expressions, depending on who I’m talking to?

What sealed my decision to use sacred rather than secular language in this instance was remembering that the conveyance of my hope and regard for this family was not about me but about them, and that my desire to express my good wishes might penetrate most readily in a language that has the most meaning for them. It was their anguish I was trying to salve, their hope I was trying to bolster, so it seemed kindest to use language familiar to them in expressing the ancient and universal desire for their loved one to get well. If that makes me inauthentic, then at least it springs from good intentions, and contrary to the well-known phrase, I don’t believe for a moment that the road to hell is paved with them.

This language adoption approach has its limits, of course. Personally, I would refrain from expanding “I’ll be praying for you” into “I pray that our Holy Father bestows His blessings on you.” Everyone’s chosen expression should suit his or her own basic sensibility.

This brings to mind the delight those in other countries generally feel when we as tourists make even the most halting effort to speak their native tongue. When in Rome, try to do as the natives do: speak Italian! The effort shows a healthy measure of respect and cultural regard, and it is nearly always greatly appreciated.

So if I’m traveling in the semi-foreign country of the religiously devout, it is perhaps a measure of that same respect to frame my good wishes in the language of my host, however awkward it might feel on my tongue. And if he or she sneezes during our encounter, to utter an unabashed “God bless you!” as if I really mean it.

Mary Oliver expresses very much her own form of prayer—as complete attention and embrace of the world—in the following:

Much appreciation to the photographers: Rotating banner photos top of page courtesy of Elizabeth Haslam, some rights reserved under Creative Commons licensing, see more at: https://www.flickr.com/photos/lizhaslam/

4 comments to Praying, or “Holding a Good Thought?”