Rage Against the Machine: A Kenneth Rexroth Appreciation 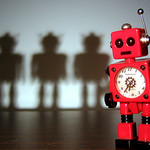 Robots are all the rage. They will either save or destroy our economy, no one quite knows yet, but we do know that just like the world’s population, they will continue to proliferate and insinuate themselves into virtually every corner of our lives. Robots are building cars, bringing autistic kids out of their shell, vacuuming floors, exploring sunken ships, rolling across the dust of the moon.

And even robots themselves have been rendered unnecessary by electronic sensors, so rather than being greeted by a cute R2-D2 character chirping, “Good morning, kindly commuter!” as you pause at the Golden Gate Bridge and slip some bills into his remarkably flexible mechanized hand, a mostly invisible sensor just reads your license plate as you zip on through the now empty toll booth. You know, the same booth you always aimed toward, the one that was the workplace of Shirley, a single mother of two who knew you by name and who crossed from the other direction over the Bay Bridge five mornings a week in the pre-dawn hours from her garden apartment in Vallejo.

My daughter hates talking on the telephone, that one-time disembodying technological advance now beheld as too intimate and direct. There is risk and perhaps unwanted revelation in the here-and-now of a distant voice, it seems.

My senior year in college, I took a class in “Recreation & Camping” in which it was strongly posited that this was a field of the future. Increasing mechanization in an economically thriving world would mean that most of us would be working but 20 hours a week in the coming decades, capped by long retirements, so we’d need something to do with all our free time besides lie on hammocks or tend our roses. Becoming a recreation professional would thus be a virtual guarantee of employment (though it wasn’t clear whether we, too, would top out at the 20-hour work weeks that other professionals would be enjoying).

Alas, it hasn’t quite worked out that way, one more example of self-proclaimed “futurists” being laughably myopic while they hope we are laughably forgetful of their predictions.

In a supposedly “recovering” economy with stubborn rates of un- and under-employment, the one certainty is we will continue to see increasing numbers of blue collar workaday jobs such as toll takers, postal workers and even bus drivers go the way of the horse and buggy (driverless vehicles being deep into development by Google, among others).

It makes zero sense to resist or rage against this development. (Dear Mr. Wendell Berry, I love your poetry and your essays and your integrity all to death, but the computer and its many progeny are here to stay.*) Human tinkering and ingenuity are primal forces that are no more easily tamped down than a hurricane. Herding our clan into a pre-Edison cave isn’t much of an option.

The jury would still appear to be out, though, on a critical question: Just what will the workers of the world do in an advanced industrial economy of sensor tollbooths and driverless cars and—watch out, knowledge workers!—robots using robot-produced software to design and manufacture other robots?

My own thoughts on this matter can be summarized in four words: I haven’t a clue.

But I do know this: In an increasingly mechanized, electronicized and roboticized world, we need poetry—and the world-immersion it reflects— more fiercely than ever. And it needs to be a poetry of the body and its world, planting its flag in “sensors” of the human heart that are infinitely more interesting and wondrous than those inhabiting bridge toll booths and driverless cars. 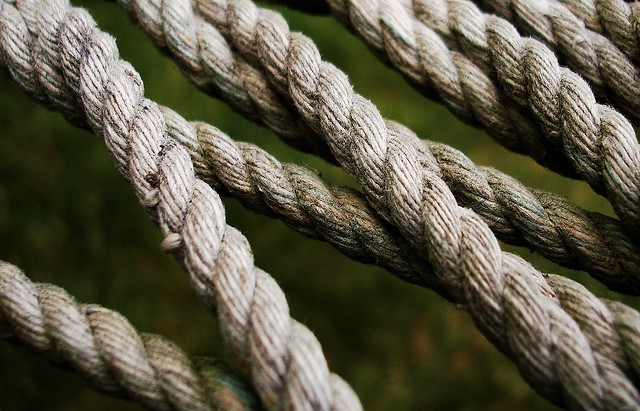 Which brings me to perhaps the most oddly titled fiercely somatic poem in the canon: Kenneth Rexroth’s Inversely, As the Square of Their Distances Apart. The obtuse title is Rexroth’s mocking of the increasingly technical, disembodied engineering mindset of the modern world. What follows from the title, though, is a deeply personal reflection in which the poet names himself in the second line and then proceeds to take us through living gardens, forests and finally the flesh of his lover. The first stanza:

It is impossible to see anything
In this dark; but I know this is me, Rexroth,
Plunging through the night on a chilling planet.
It is warm and busy in this vegetable
Darkness where invisible deer feed quietly.
The sky is warm and heavy, even the trees
Over my head cannot be distinguished,
But I know they are knobcone pines, that their cones
Endure unopened on the branches, at last
To grow imbedded in the wood, waiting for fire
To open them and reseed the burned forest.
And I am waiting, alone, in the mountains,
In the forest, in the darkness, and the world
Falls swiftly on its measured ellipse.

Copyright restrictions (two months for permission?—I don’t think so…) prohibit me from reproducing the entire poem but you can find it here (once you’re done with this post, of course!). Meanwhile, I trust an additional excerpt below can carry this conversation to its end.

Rexroth was a Bay Area poet, a mostly self-taught, prodigiously learned classicist and jazz lover who acted as a sort of godfather to the “San Francisco Renaissance” movement that begat Gary Snyder, Allen Ginsberg, Lawrence Ferlinghetti and others. He was later dubbed “Father of the Beats” by none other than Time magazine, an honorific at which Rexroth snorted dismissively, since he considered what finally became of the Beat Movement too undisciplined for his more crystalline tastes. 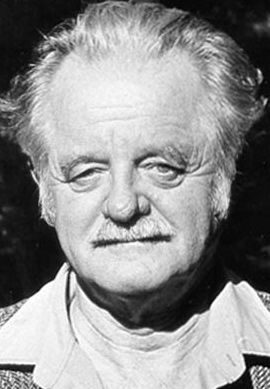 Gathering up Keats’s romanticism with Emerson’s transcendentalism and Whitman’s celebration of the body, Rexroth added to those his own deep immersion in Asian poetry, which he translated profusely and eloquently from the Chinese and Japanese. The resulting synthesis tends toward the warm, the wryly reflective, the direct, the meditative and the moist. Nothing goes “inverse” here as he pays inordinate, loving attention to the things of the natural world and their ultimate appreciation by lovers with their entangled limbs and fused hearts:

I can just see your eyes and wet lips.
Invisible, solemn, and fragrant,
Your flesh opens to me in secret.
We shall know no further enigma.
After all the years there is nothing
Stranger than this. We who know ourselves
As one doubled thing, and move our limbs
As deft implements of one fused lust,
Are mysteries in each other’s arms.

Just try to replicate that in your list of services, Mr. Toll Sensor!

Robot housecleaners, artificial organs, lives ever more relentlessly entwined with electronic implements rather than a lover’s limbs. My daughter hates talking on the telephone, that one-time disembodying technological advance now beheld as too intimate and direct. There is risk and perhaps unwanted revelation in the here-and-now of a distant voice, it seems. She tells me all her friends feel the same way, their teenage “chat” now relegated to text messages and Instagram “Likes.” (Facebook? Naw, too many words…)

I don’t know what will come of it all. There’s not a futurist alive who knows, either. Much of the change we have seen is undoubtedly good, and there is hardly need to detail it here.

I’m concerned, though, just as humans have always been concerned, with what’s been bypassed, what’s in danger, what of substance (poetry, bodies, limbs and sighs of trees and lovers) might be lost as we forge ahead, billions of us wearing miners’ headlamps with a focused and narrow light, gouging out our path to an ever hopeful but unforeseeable future.

Are there enough people equipped with floodlamps—and sufficient influence— there in the back of us all, surveying the wider terrain?
***

The good, the bad, and the terrifying from the world of robots:

In between posts, follow along on related topics at https://www.facebook.com/TraversingBlog.

* Wendell Berry’s classic essay, Why I Am Not Going to Buy a Computer, can be found at: http://home.btconnect.com/tipiglen/berrynot.html. It includes a number of letters critical of Berry, then his no-holds-barred firing back. Good stuff all around!

Tags:  age of recreation and leisure, disembofdying technologies, effects of technology, Inversely As the Square of Their Distances Apart, jobs replaced by robots, Kenneth Rexroth love poetry, robots effect on the economy, Wendell Berry, Why I Am Not Going to Buy a Computer

2 comments to Rage Against the Machine: A Kenneth Rexroth Appreciation