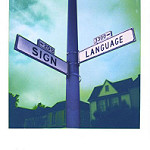 1. A couple of people arrived with small ice chests and bags out of which they produced plentiful food and drink. Everyone indulged heartily while the conversational threads began to unwind.

2. They positioned themselves in a fairly tight circle, four women and a man. Though there was some occasional spreading out, they more or less faced each other over the course of two-plus hours, and there were never any side conversations, no breaking up into a triad and dyad. All five people were directly engaged in one continuous conversational stream the entire time (much of it punctuated by laughter, obviously embellished storytelling, and playful gibes).

3. Everyone paid careful attention to whomever was speaking at any given time. They were riveted on each other in a kind of hermetically sealed capsule, almost oblivious to the outside world. No one looked up when a new person entered the pool area; their focus was completely on one another. 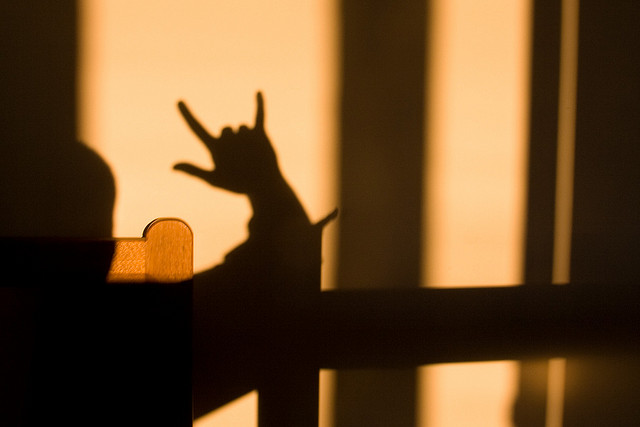 4. Everyone’s hands were flying non-stop when speaking. Much of it was obvious sign language, but there was also just plentiful gesturing for emphasis and greater expressiveness. I found myself wishing I could have had video running of just the hand gestures; it would look great set to music.

5. They touched one another frequently. A hand to another’s hand, wrist, forearm, knee; reaching across to a shoulder.

6. There were no cell phones present, ever. Given their different levels of hearing and my ignorance of assistive technology, I don’t know what role such implements might play in this group’s lives, but texting and much else is certainly is available to them with cell phones. If any of them had one, it was stashed away in a purse or left behind.

Let’s see: good food and drink around a pool, close proximity with dear friends to whom we pay careful attention and are paid careful attention in return, multiple modes of expressiveness in a free-flowing conversation, frequent and natural physical contact, and not a buzzing-flashing phone or eyes drifting off to a screen through an entire afternoon.

A sound prescription for living the good and considerate life, yes?

On Facebook? Check out this blog’s public page there for daily snippets of wisdom and other musings from the world’s great thinkers and artists, accompanied by lovely photography from the land of Flickrdom. http://www.facebook.com/TraversingBlog

Much appreciation to Elizabeth Haslam, whose photos grace the rotating banner at the top of this page. Some rights reserved under Creative Commons licensing, see more at: https://www.flickr.com/photos/lizhaslam/

Photo of “I love you” in sign language by Bert Heymans, Opwijk, Belgium, some rights reserved under Creative Commons licensing, see more at:  https://www.flickr.com/photos/heymans/