Squeezing the “Tao Te Ching” Into a Jam-Packed Week 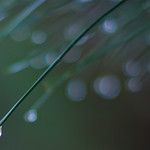 All right, so that is a little joke in the headline, yes? Need I explain it? The ancient Chinese text emphasizing peace, stillness, patience, emptying the Self, the unity of opposites, being rather than doing, or at least being completely there in the doing? Squeezing that into one’s week?

I laugh in order not to cry. Or rage.

Dear Tao, help me in my laughter.

It is the tail end of a week that has seen renewedly breathtaking revelations of an ex-president’s overt and relentless attempt at a coup, followed by rapid-fire Supreme Court decisions that on successive days 1) declared open season on gun violence victims by approving open carry across all 50 states of our union, and 2) ruled on a case that will amount to the outlawing of all abortions in probably half the United States almost immediately.

The devastating symbolism of the court’s one-two punch: force women to bring every last zygote fully to term—so they can send them off to school years later as fresh slaughter for an armed-to-the-teeth citizenry.

And now it is on to 2024, when there is a good chance the Republican Party will seize control of both the presidency and Congress and waste not one minute in proposing to outlaw abortion nationwide.

So, what happens if the Democratic Party resorts to filibustering that bill? None other than Senator Mitch McConnell will lead the charge to overturn the filibuster.

You read it here first. 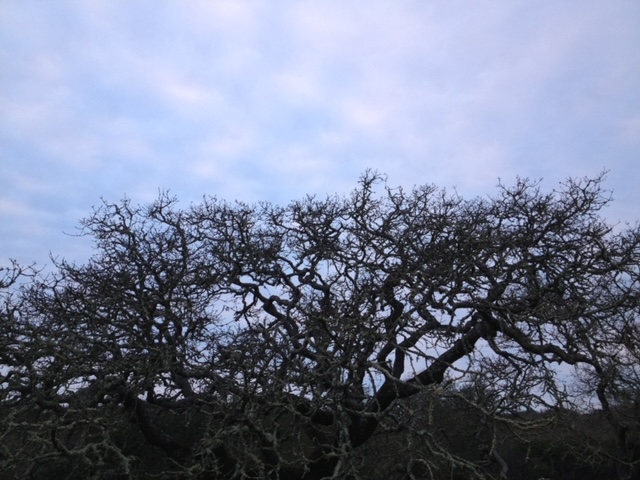 The “Tao Te Ching” was written some 2,500 years ago as a series of 81 aphoristic pronouncements, usually falling between 5-15 lines each. It set out to guide readers in solving the basic riddle of existence: What are we to do, and how are we to do it?

Those foundational questions had long been at the core of Taoism as a religious and philosophical system, which predated the “Tao Te Ching” by a few hundred years and has served millions of adherents ever since.

In a powerful sense, the Tao offers guidance on how one fights for the good, whomever the opponent is and whatever venue the fight takes place in.

China remains its epicenter, but Taoism claims followers around the world, and Taoist principles have long infiltrated the spiritual conversation and practices across a broad swath of American life. (Titles ranging from “The Tao of Physics” to “The Tao of Pooh” illustrate as much.)

The “Tao Te Ching” (roughly meaning “The Way of Integrity”) itself is generally attributed to a sage named Lao-Tsu, whose historical existence has always been a subject of debate.

Rather like the Bible, it has been translated innumerable times and is very possibly a compendium of multiple authors of the time and the subsequent translators at whose mercy every ancient author toiled.

Like most all Eastern religions, Taoism deep-dives and delights in contradiction and reconciliation, followed by yet more contradiction that calls the previous reconciliation into question. All in the service of encouraging an awakening that leads one ever back to a life of simplicity, personal humility, kindness, and openness to the flux of existence.

“Don’t push the river—it flows by itself.” That’s about as Taoist a line as you’ll ever find. And that river, flowing endlessly through time, being itself and nothing more, is as good a definition of the “eternal Tao” as there is.

As for the reconciling of opposites (the “yin and yang”) that is a major goal of Taoism, it is hard-won, rarely landing students anywhere near whatever expectations they may have had.

Note that darkness within darkness doesn’t lead one to the light—at least not right away. It gets one only to the gate of mystery.

“Abide there,” the Tao suggests. “Cool your heels awhile. Check out the view. Be still.” (That’s from the Andrew Hidas translation, 2022…) 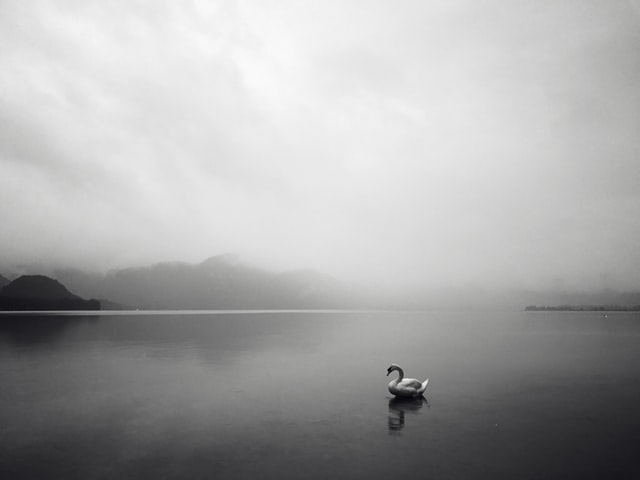 And it is the stillness, the observation, the examination and acceptance of all that is as the Tao works itself out through eternity, that ultimately leads one to the clear thought and whatever clear action emerges from it.

At first glance, the peace-and-patience ethos of the “Tao Te Ching” might appear to be too passive for social/political activism. So much for first glances.

In truth, the Tao is not about passivity, but about right action that may well involve inaction, and springs from clarity of mind. That clarity comes only from seeing things as they are, uncluttered by passions that becloud rather than reveal, muddle rather than inform:

Tao abides in non-action,
Yet nothing is left undone.

In a powerful sense, the “Tao Te Ching” offers guidance on how one fights for the good, whomever the opponent is and whatever venue the fight takes place in.

Rather than aggressively going after an opponent, a follower of the Tao simply waits for them (whether the opponent is within one’s own self, or external) to tip their hand, lose their clarity of mind and become reckless and unbalanced. Then, as in the martial arts that are also deeply rooted in Eastern wisdom, it’s simply a matter of letting them fall:

Yield and overcome;
Bend and be straight;
Empty and be full;
Wear out and be new;
Have little and gain;
Have much and be confused.

So: what relevance might this have for the state of things in 2022, in a nation with civil war drums seeming to gain volume daily, a minority party nationally headed to an almost certain electoral triumph later this year, and a Supreme Court hand-picked and jammed into place based on ruthless and amoral political maneuverings, and whose views on many key issues are demonstrably out of step with the majority of the population whose welfare and rights it is supposed to watchdog? 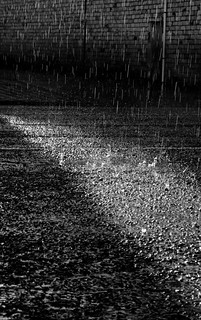 For one thing, it suggests playing the long game—just as the currently triumphant autocratic wing of the Republican Party, rife with Second Amendment fetishists, anti-abortion activists and 2020 election deniers, has been doing so successfully in recent decades.

By now, it’s hard to imagine that they have not overshot, that policies so clearly out of step with the majority of U.S. public opinion will not come back to haunt them in the future.

In my orbit, women in particular are sounding the most grievous lamentations about the Supreme Court’s abortion decision, which has opened the floodgates for individual states—all dominated by white male legislators—to dig the knife in ever deeper with abortion restrictions that don’t even grant exceptions for rape or incest.

It takes no great imagination to conjure 12- and 13-year-old girls raped by a father, a neighbor, an uncle, a minister, forced to carry and birth the baby that results. This will happen as surely as the sun will rise tomorrow morning, and the consequences for those children and families will be too harrowing and long-lasting for words.

Understandably enough, much of the response to this has been rage. Some energetic venting is no doubt unavoidable and even necessary in the short term, but soon it will be time to get strategic, still—and busy.

The five colors blind the eye.
The five tones deafen the ear.
The five flavors dull the taste.
Racing and hunting madden the mind.
Precious things lead one astray.

Given the state of the economy on which so much electoral sentiment hinges, the fall of the radical right’s agenda may not happen in this next election or the one thereafter. But ultimately, the Tao suggests that the mendacity running through the gun-toting, freedom-denying, radicalized elements of what is still a minority party will serve to undermine it.

Why? Because if the Tao stands for anything, it is that nothing based in anger, rage, grasping and constriction can long survive its own boil. Self-immolation is all part of the eternal flux, the heave and ho, the karmic circle that draws clarity and equilibrium back to itself—in due time.

It’s understandable if that currently strikes many readers as wishful thinking. I have my own doubts and periods of despair.

But I well remember the disconsolation in California following the failure there of Proposition 8, the same sex marriage initiative, in 2008. If such a basic right could not win there, in the bluest bastion of blue state politics, then…

A mere seven years later, on the heels of a notable public shift nationwide toward approval or at least benign uncaring on the issue of gay marriage, the Supreme Court made it the law of the land.

Are we in danger now of going back even on that landmark decision? I thought so at first, but now I am doubtful.

Buried and largely lost within the avalanche of vitriol following the overturn of Roe was a concurring opinion by Justice Brett Kavanaugh that took pains to emphasize the decision “does not mean the overruling” of the precedents that legalized same sex marriage and contraception before that—“and does not threaten or cast doubt on those precedents.”

A small but important silver lining there? I suspect so. There are still bridges too far—as many duty-bound, staunchly Republican officeholders and officials across the land have been showing us all through the recent January 6 hearings.

Meanwhile, the long view, which may feel like all there is to hold onto at the moment, but is no less powerful for that:

The great Tao flows everywhere, both to the right and to the left.
The ten thousand things depend upon it; it holds nothing back.
It fulfills its purpose silently and makes no claim.

It nourishes the ten thousand things,
And yet is not their lord.
It has no aim; it is very small.

The ten thousand things return to it,
Yet it is not their lord.
It is very great.

It does not show greatness,
And is therefore really great.