Stormy May Bring Him Down, But Ruinous Policy Is Much Worse 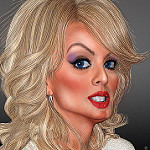 With President Trump spending Sunday morning tweeting about the omnibus budget bill he signed Friday rather than Stormy Daniels, we can assume two things:1) 60 Minutes, Daniels and her lawyer have a convincing and verifiable story to tell, and, 2) his attorneys have been virtually sitting on him with dire warnings to refrain from digging his legal hole any deeper than it already is by attacking her in the usual slashing, hot-headed way he goes after other targets he is seeking to discredit.

I don’t know what the ultimate outcome of the Daniels affair will be, though there is no particular reason to think his voters in Trumplandia and enablers among Republican legislators will see it as anything more than a meaningless kerfuffle.

And we all know, from the president’s no-doubt accurate summation, how his supporters would shrug off even that assault on acceptable behavior.

So there you have it: gut virtually everything that makes us a decent, humane, educated, sustainable and just society while dramatically increasing the military might of a nation that is already the most weaponized in human history.

Besides which, our republic fairly recently endured the specter of a president’s affair with a White House intern while his wife down the hall dreamed of birthing her own presidential run.

Yes, there was that unpleasantness of an impeachment and graphic depictions of Oval Office sexual acts while the president conducted the nation’s business on the phone, but he survived, and so did we, after a fashion.

But let me just say this: our current president’s debasement of his office goes far beyond and is far more potentially debilitating to our nation than any tawdry tales involving his or a predecessor’s privilege and predation.

The most recent example of that was on full display in the budget referenced above.

Davis’s is a remarkable document in every way, not least because so many of Trump’s desires to take our country aggressively backwards on the environment, education, poverty, immigration, diplomacy, energy and other matters were deleted from the budget only with the consent of his own Republican Party legislators.

It’s true that many of these final budget items were the result of grudging compromises with their Democratic counterparts, but make no mistake: Even for Mitch McConnell, Paul Ryan and company, the president had gone many bridges too far in his attempts to reshape America in his own image.

Let’s review some specifics of that image now, so we can see just how much more damaging and dangerous it would be than anything the president ever did with Stormy Daniels. 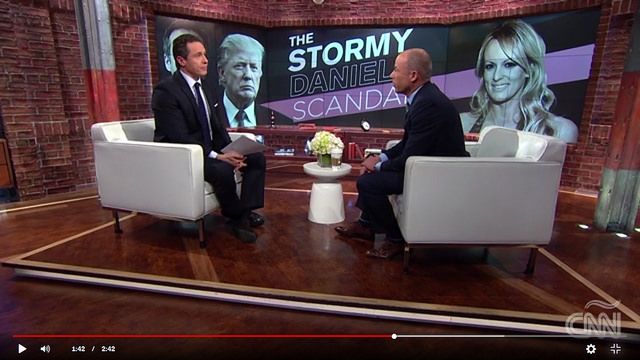 Here’s a summary, culled from Davis’s Times  piece, on what the president was trying to accomplish with the nation’s budget—and how those efforts failed in multiple ways.

• Education—Education Secretary Betsy DeVos’s desire to slash her own department’s funding was rejected and bid up by the budget writers, who added $3.9 billion to the budget in these perilous times for public schools.

Among the other proposed budget cuts reversed by Congress: a program that pays for after-school programs for 1.8 million low-income students, another that funds school mental health services and violence-prevention initiatives, another that helps low-income college students afford their education.

I suggest we linger with those proposals for just a moment: after-school programs, mental health, violence prevention, college affordability for the poor…All expendable luxuries in the Trump-DeVos world.

• Environment—Ms. DeVos’s political soulmate, Environmental Protection Agency Director Scott Pruitt, also desired to slash his own department’s funding, his by a drastic 30 percent. The reduction would have required closing multiple regional EPA offices with their pesky overseers and regulations on industrial pollution.

Instead, the agency’s budget held steady at last year’s level.

Still, in a time of unprecedented threat from climate change, the EPA budget is “operating at funding levels lower than in President Ronald Reagan’s final year in office,” said an Environmental Defense Fund official who referred in the Davis article to the environment being on a “long-term starvation diet.”

Also on the EPA chopping block but blocked by Congress: a proposal to cut the department’s Office of Energy Efficiency and Renewable Energy by 69 percent (Congress instead increased funding by 14 percent).

Davis also noted: “And while Mr. Trump sought deep cuts to Energy Department programs focused on developing the next generation of clean energy technologies, such as advanced batteries or carbon capture for power plants, the measure substantially increased them.”

So: all advances in technology aiming toward cleaner and more efficiiet energy sources: off with their heads. The president wants to save the coal industry and keep burning fossil fuels instead. The Congress controlled by his own party has thwarted him.

Still on the environmental front: The president had proposed eliminating a $300 million item for cleaning up toxic sediment from the Great Lakes and another $73 million to restore the Chesapeake Bay in Maryland. Both budget items were maintained in the final bill.

• Diplomacy—Mr. Trump’s desire to slash funding for his own state department by 30% was rejected.

• Housing—The administration’s proposal to cut funds for Department of Housing and Urban Development by $6 billion was countered by Congress’s increase of $4.7 billion. Which included, according to Davis, “significant increases to programs Mr. Trump had proposed cutting or killing, including community development block grants, the HOME program for affordable housing and a 42 percent increase in money to repair the nation’s crumbling public housing infrastructure, a program the president planned to virtually eliminate.”

• Immigration—The budget allots $1.6 billion for “border security” that includes 33 miles of fencing approved back in 2006 by the Bush Administration. But it specifically “prohibits building a concrete wall or other prototypes the president has considered, and allocates the rest of the funding for new aircraft, sensors and surveillance technology,” according to Davis.

• Medical Research—The president’s proposal to cut $7.5 billion from the National Institutes of Health budget was met by Congress with a $3 billion increase instead.

• Energy Assistance—The Low Income Home Energy Assistance Program designed to keep the poor and elderly poor with heat through winter was destined for elimination in the Trump budget. Instead, Congress increased its budget by $250 million over 2017.

Reduce or eliminate funds for: education, the environment, diplomacy, housing, immigration, arts and humanities, medical research, and heating for the poor. 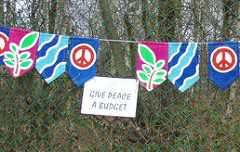 The rejection of those cuts by a Republican-controlled Congress earned it the wrath of President Trump, along with a threatened veto that he backed off on a few hours later both because it would have led to a government shutdown at midnight on Friday but also because the budget included huge increases in military funding, long a favorite pet for both Trump and the party he putatively “leads.”

So there you have it: gut virtually everything that makes us a decent, humane, educated, sustainable and just society while dramatically increasing the military might of a nation that is already the most weaponized in human history and spends more than all the rest of the world combined on defense.

The fact that Mr. Trump would rage against all these concessions he had to swallow in order to be able to gloat about the more powerful military he will now get to build is more frightening and debilitating to this country and the larger world, I would submit, than all the Stormy Daniels and Karen MacDougals we could line up on the new aircraft carriers Trump will get to cavort on if he manages to survive the remaining years of his profoundly troubled presidency.

Yes, I’ll be watching along with likely record-breaking numbers of others around the globe tonight. But we should remember to keep our eyes more glued to the even more salacious acts Mr. Trump is trying to accomplish when the cameras aren’t on him and on those he has abused.

This 1854 classic by Stephen Foster expressed a somber hope in the turmoil of those pre-Civil War days, no less impactful today in the hands of the late Kate McGarrigle, her daughter Anna, her son Rufus Wainwright, Emmylou Harris, Mary Black, Karen Matheson, and Rod Paterson.

9 comments to Stormy May Bring Him Down, But Ruinous Policy Is Much Worse