Music and Spirit: OneRepublic’s “I Lived” 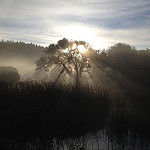 It’s easy to feel old in this world. Hearing 30-year-olds in the adjoining booth going all nostalgic for the foolishness of their 20-year-old selves is just the beginning.

Then there’s hearing a song via your 16-year-old daughter from a band you’ve never heard of that’s been a huge star in the pop rock firmament since their 2007 hit “Apologize” broke records at the time and has since gone on to sell a zillion records, and you ask, “Are they new?”

No, “OneRepublic” isn’t new, though their song, “I Lived,” is a recently released (late 2014) monster hit that we heard at least 20 times on the radio last weekend while car-tripping to Los Angeles. That kind of frequency would have been annoying if the tune weren’t so infectious, the vocalization so urgent and the lyrical snippets I managed to absorb so intriguing.

So consider me a new fan of this band and this song, which lead singer ... 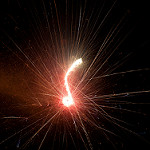 Sometimes it seems that music does religion better than religion does. Which is to say it elicits depths and ranges of soul-stirring emotion (wonder, rapture, joy, universal brother-and-sisterhood) that all religion aspires to but so often falls short of when it focuses more on doctrine and notions of absolute truth and exclusivity.

As much as we may cleave to and even argue over our musical preferences, I can’t find any listings for “The Music Wars” or “The Folk Music Crusades” on Wikipedia, and dinner party conversations are rarely if ever fractured by an otherwise gracious guest’s semi-bellicose insistence, after that second glass of wine, that jazz really is the one true music.

These thoughts occurred to me again the other night while glorying in the second “largo” movement of Dvorak’s Ninth “New World” Symphony, and the many interpretations of it offered by an astonishing array of artists,...