Music and Spirit: OneRepublic’s “I Lived”

It’s easy to feel old in this world. Hearing 30-year-olds in the adjoining booth going all nostalgic for the foolishness of their 20-year-old selves is just the beginning.

Then there’s hearing a song via your 16-year-old daughter from a band you’ve never heard of that’s been a huge star in the pop rock firmament since their 2007 hit “Apologize” broke records at the time and has since gone on to sell a zillion records, and you ask, “Are they new?”

No, “OneRepublic” isn’t new, though their song, “I Lived,” is a recently released (late 2014) monster hit that we heard at least 20 times on the radio last weekend while car-tripping to Los Angeles. That kind of frequency would have been annoying if the tune weren’t so infectious, the vocalization so urgent and the lyrical snippets I managed to absorb so intriguing.

So consider me a new fan of this band and this song, which lead singer Ryan Tedder apparently wrote as a kind of anthem for the future of his 4-year-old son, but which, in the way of all fine music, has something to say across generations, cultures, and anything that would divide that which is ultimately indivisible: the human longing to embrace life and make whatever we can of it in the short time it presents itself to us.

Tedder is considered the genius and spokesperson for OneRepublic, and he has often cited U2 and its lead singer, Bono, whose own song, “I Still Haven’t Found What I’m Looking For,” was discussed here last year, as a major influence and inspiration. Here he is talking to the online music site purevolume.com:

You go to a U2 concert and it’s like church. I’d love to make people feel like that. I don’t want someone to just say, ‘Oh, nice voice, nice song.’ I want that person to walk away and feel like he or she has had a religious experience; we want them to feel moved. 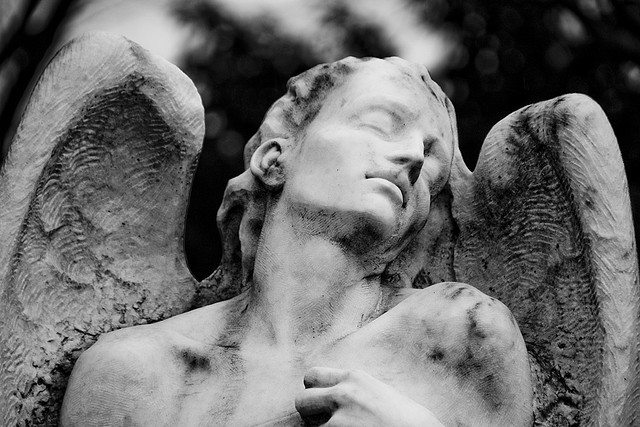 A decade or two ago, the phrase, “It was a religious experience” came into vogue to describe, with a certain deadpan humor, everything from a great donut to great sex, but Tedder means exactly what he says in hoping for transformation among his concert attendees rather than mere adulation (or inebriation, for that matter).

Here he follows Bono in proclaiming an ardent Christianity when asked about it but carefully avoiding even the appearance of proselytizing or writing “praise music” that would pigeonhole him and his band into the “Christian music” category. That is a whole different kettle of fish culturally and, not insignificantly, economically as well, and it would be the kiss of death for the band’s standing as stalwart mainstream artists singing of deep and urgent matters that move fans to evaluate their lives and be fearless in their living and loving.

“My thought is you don’t preach to the choir,” Tedder once told an interviewer in discussing his conscious decision years ago to focus his career on the secular world. “It’s like St. Francis said, ‘Go throughout the world and preach the gospel; use words if necessary.’”

Hope that you fall in love
And it hurts so bad
The only way you can know
Is give it all you have
And I hope that you don’t suffer
But take the pain
Hope when the moment comes you say,

Tedder has taken some grief from fellow Christians for his hesitation to inject, in the currently popular dichotomy, “religious” rather than merely “spiritual” language into the band’s music. Devotees point to Bible passages urging evangelization to suggest that the band is shirking its obligation, as faith leaders with a huge megaphone, to spread the specific Word about Jesus rather than general messages of love, devotion and inspiration. But Tedder references Bono again here: “He’s singing 99.999 percent of the time about God. It’s amazing; he’s the biggest act in the world and he’s singing about his faith, but in a different way.”

In a way, indeed, that speaks directly to universal spiritual longings, to music’s role in addressing those longings, to their pervasive importance in the human project of self-understanding. Sure, sometimes music is just a great excuse to dance your butt off or feel sexy and free, but at its best and highest, it represents heaven come to earth, the dead serious human capacity for self-transcendence and communion. The medieval monks knew this, Beethoven knew this, Springsteen, Bono and Tedder know it, too.

Falling in love, feeling its boundless joys, getting dragged through its pain, giving it all in self-surrender, reaching for the stars, breaking your bones, reaching, reaching again…

Sometimes I don’t think there’s been a new question or thought about what we’re doing and what we’re about here as humans in the past 5,000 years—just thousands upon thousands of different expressions, angles and poeticisms about it.

Sometimes those expressions are set to lovely music with a soulful flavor by talented and visionary individuals, and our spirits can soar.

For periodic and brief posts of inspiring words from the world’s great thinkers and artists, accompanied by the usual lovely photography as exemplified here, see my public Facebook page at: http://www.facebook.com/TraversingBlog

Rotating banner photos at top of page (except for library) courtesy of Elizabeth Haslam, some rights reserved under Creative Commons licensing, see more at: https://www.flickr.com/photos/lizhaslam/

Sunrise photo at top of page by Andrew Hidas, some rights reserved  under Creative Commons licensing, see more at:  https://www.flickr.com/photos/93289242@N07/

2 comments to Music and Spirit: OneRepublic’s “I Lived”