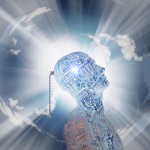 Is the sheer number of stimuli our beleaguered brains are exposed to on a minute-by-minute basis in modern life driving us out of our minds? Does the multi-tasking we joke nervously about to our family and office mates increasingly make us perform those tasks poorly and absent-mindedly, with little of what we do manage to accomplish sticking in our memory as we click our way through yet more stimuli that press in upon our attention like hungry children clamoring for food?

I have been trying to think through these questions in prepping this post over the past week, but incoming emails and text messages and those darned attractive pop-up ads blinking on the 16 open windows currently on my computer screen have been interrupting my train of thought about every 7.2 seconds.

Let’s be clear: Human life has always been difficult, so this will be no “Woe is us” lamentation bemoaning how tough we have it compared to our Edenic ancestors lolling about in their caves. (“Thor, let’s mix up a pitcher of margaritas tonight after you get back from hunting!”) Nor will it be a Luddite-inspired blast at the very technologies that allow me to offer these words and images to you, dear reader.

But every era brings its own challenges, and ours seems to be heading toward a reckoning of how our remarkably adaptive but still mortal brains will manage the relentless assault on our attention by the gadgets whose every promise is to make our lives richer, more efficient, and easier to navigate.

Just 13 years ago, I was producing magazines, newsletters and ad campaigns, working all day long on a computer on which I had no email program. Email was a sweet little addendum to my personal correspondence that I occasionally engaged in at night from my home computer.

Phone calls at my office were screened by the secretary.

My work thus proceeded in some ways as it had for many workers over hundreds if not thousands of years—one or maybe even several projects attended to in the morning, a break for lunch, then picking up whatever strands remained in the afternoon. Some days, the pile of files on my desk or the relatively modern technology of the telephone required my thoughts to skip from one job to the next more than I would have liked, but often enough, I would get (or accept) few or no phone calls as I spent an entire morning or day devoted to thinking through one job, one creative rush to which I brought more or less my whole being.

Mother of Jesus, does that sound quaint in 2013. 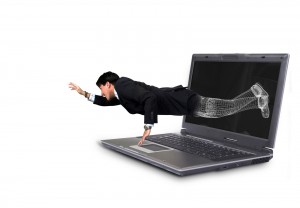 Today, I spend probably 80 percent of my day—and too much of my evening— on email, reading and responding in often breakneck fashion in which one email intrudes upon the next and the only reason I get back to my previous one is that it’s still open on my screen the minutes or hours later when I finally drill down again and realize, “Oh, I guess I never finished that message to Kent!”

Of course, Kent has long since forgotten he sent it to me with a specific request for information, of which he is reminded only because I managed to work through my stash and get back to him hours later.

Other times, if no one else interrupts me, I may be back to him within the minute, taking a certain pride in my uber-responsiveness.

Currently, my email program is set to retrieve messages every five minutes, though I will often manually click my “Get Mail” button while awaiting what I convince myself are particularly urgent pieces on a deadlining project. Sometimes, I’ll use a strategically timed text message to ensure my note will make it through the recipient’s email cascade.

Does any of this sound familiar? Judging from the conversations I regularly have with colleagues and friends in various fields, I suspect so. And to observe sub-adolescents through young adults today is to be convinced this constantly-plugged-in problem is even worse for them.

A relevant data point from one study: “Computer users at work change windows or check e-mail or other programs nearly 37 times an hour.”

The New York Times ran a multi-part series in 2010 in which it examined numerous studies on the brain engaged with modern technology. The articles featured interviews with brain researchers as well as laypeople of various ages who described for the reporter the tethers that tied them to their digital lives. A relevant data point from one study: “Computer users at work change windows or check e-mail or other programs nearly 37 times an hour.”

The effects—both short- and long-term—of this rat-a-tat diet of constantly shifting attention have yet to be definitively analyzed, but there is mounting evidence that it results in a literal rewiring of the brain that compromises our ability to focus, absorb and remember the data we are crunching through like locusts devouring a crop and then flying on to another.

In an article for CNN, neuroscientist Adam Gazzaley, an MD and PhD at the University of California, San Francisco wrote:

“Although data are still lacking on the direct impact of mobile technology on cognition, there is extensive evidence showing that our brains are exquisitely sensitive to external interference by both irrelevant distractions and multitasking. This ‘noise in the system’ erodes our performance on a wide spectrum of cognitive activities, including the ability to recall details in our lives. In other words, an overload of ‘noise’ can wear down our memory.” 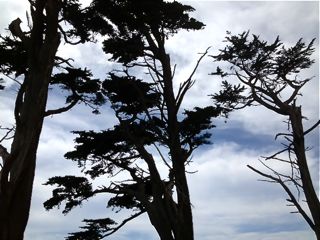 Here’s what I know: On multiple occasions, nearly every day, my brain feels impossibly crowded with “Attend to this!” imperatives that emanate from the revolutionary capacities of the technologies that have helped make me a far more efficient work-producing machine over the past decade or so. It really is true that I am now capable—with the help of similarly overwrought colleagues—of producing work in a day or a week that used to require weeks or months. The machine/productive part of me responds, “Right on and bring it on!”, while the human/contemplative part cowers and begs for mercy (or just a long walk in the forest without an electronic gadget in sight).

The implication here is that while relentless connectivity does make us more productive in a utilitarian sense, the long-term costs to our focusing capacity and mental health might make such gains not only unsustainable but ultimately destructive of our humanity. And then there are all the mistakes and oversights committed by distracted workers darting in and out of the 37 screen changes they’re making every hour, and the “I meant to get back to you” explanations we have to offer correspondents from yesterday whose email or texts are now buried 276 places down on our in-box—and sinking further with every ping.

Alas, we know what the solution is to this collective mania. It’s a variation on Timothy Leary’s famous dictum from the acid-soaked ’60s.

Instead of “Tune in, turn on and drop out,” what we need is to “Tune out, turn off and drop in.”

Tune out of non-stop connectivity, turn off all the gadgets that would have us bow to them as unceasingly demanding gods, and drop back into our own lives, our own rational, manageable, soul-saving, human-scale pace of stimulus and response—followed by the all-important pause for rest, quiet, and retreat.

The costs of proceeding as we are with gadgets buzzing and beeping ceaselessly like some diabolical summons calls up the image of lemmings—heading straight for the digital cliff.

For the record, this post was written in one long morning and afternoon with two breaks in between to attend church and a graduation party. No animals or electronic gadgets were abused during the production process, and no phone calls, no text messages and very few emails were accepted or reviewed.

The New York Times series cited above can be found at: http://tinyurl.com/lwrqtj6

And for a fitting musical sign-off, the Carolina Chocolate Drops have the right rhythm and the right message for all digitally weary souls the world over:

3 comments to Technology: Savior and Slayer