The Bigger Issue: Trump Going All Gladiator on the NFL 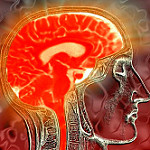 With all due respect for how to best register one’s views on the great issues of the day by adopting one or another postural position during the playing of the National Anthem, I fear President Trump’s odious and frightening comments on NFL game rules are being drowned out. That’s a shame, because his views reveal willful disregard not only for the dead-serious problem of brain injuries in NFL players, but also the larger issue of violence as entertainment and opiate for the masses.

For all of the president’s characteristic crudity in using his bully pulpit to call out “sons of bitches” who take a knee or stay in the locker room during the anthem, he exhibited even more hopelessly warped views in the following segment from the same incendiary speech:

“When the NFL ratings are down massively, massively. The NFL ratings are down massively. Now the number one reason happens to be they like watching what’s happening… with yours truly. They like what’s happening. Because you know today if you hit too hard—15 yards! Throw him out of the game! They had that last week. I watched for a couple of minutes. Two guys, just really beautiful tackle. Boom, 15 yards! The referee gets on television, his wife is sitting at home, she’s so proud of him. They’re ruining the game! They’re ruining the game. That’s what they want to do. They want to hit! It is hurting the game.”

Let’s linger with that for just a moment. 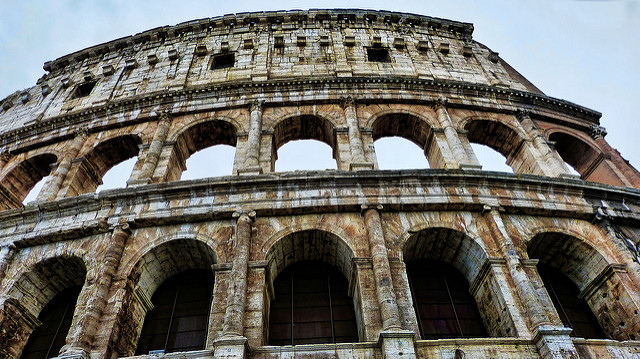 NFL football is a ravaging and violent game, second perhaps only to mixed martial arts in its sheer bone-and-brain crunching mayhem.

Large, heavily muscled, intensely athletic and aggressive young men bang into each other at forces exceeding hundreds of miles per hour.

For some reason, he feels qualified and entitled to weigh in on this issue in the hope of curtailing penalties for late and other egregious hits that he apparently wants to enjoy from the safety of his White House or Mar-a-Lago television room.

Such repeated collisions cause lifelong restrictive—if not wholly debilitating—injuries in most every player who manages to stay in the league a few years.

When those injuries are to knees, shoulders and other joints, it may mean they walk with a permanent limp or can’t turn their necks or throw their children playfully into the air in that way that fathers love to do.

When those injuries are to the soft tissue of their brains, it can result in degenerative brain disease, causing dementia, violent tendencies, and death.

A neuropathologist has examined the brains of 111 N.F.L. players—and 110 were found to have C.T.E., the degenerative disease linked to repeated blows to the head.

And this, in the Times of September 21::

Aaron Hernandez, the former New England Patriots tight end and a convicted murderer, was 27 when he committed suicide in April. Yet a posthumous examination of his brain showed he had such a severe form of the degenerative brain disease C.T.E. that the damage was akin to that of players well into their 60s…C.T.E., or chronic traumatic encephalopathy, has been found in more than 100 former N.F.L. players, some of whom committed suicide, according to researchers at Boston University.

And from a deeply troubling review in Popular Science of exactly what happens to the brain during concussions, an account of a particularly violent hit on Pittsburgh Steelers receiver Antonio Brown during a 2016 playoff game:

“Bengals’ linebacker Vontaze Burfict launched himself at Brown as he came down, slamming his helmet (which in the NFL can weighs four to six pounds) into the side of Brown’s head, whipping it sideways on his brain stem. The hit, at an estimated 707 miles per hour, carried about 1,600 pounds of tackling force. It flattened Brown on his back, seemingly knocking him unconscious.”

A collision at 707 miles per hour. While Brown’s helmet perhaps saved his life, it didn’t save his brain from the likely long-term effects it suffered. This kind of helmet-to-helmet collision, the article went on to state:

“…can reach between 100 and 150 on the G-force scale (for comparison, consider that an F-16 fighter jet rolling in a turn has a G-force load of nine…”

One more set of NFL injury stats from CNN before returning to our president’s comments:

That’s 1,215 concussions over five years, for an average of 243 per season. None of them accounts for the likely thousands of other brain-jarring hits that don’t register as concussions but nevertheless result in cumulative damage to tender brain tissue.

Those are stark facts, facts that surely terrify the families of football players across the country and should cause sober reflection among all fans who witness such ongoing carnage.

Our president’s response? In a nutshell, it is this: “Man up. Stop coddling these players.”

For some reason, he feels qualified and entitled to weigh in on this issue in the hope of curtailing penalties for late and other egregious hits that he apparently wants to enjoy from the safety of his White House or Mar-a-Lago television room.

Couldn’t help but think again back to Trump’s comments last year on John McCain, whom he ridiculed for “getting caught” by the North Vietnamese in 1967 and then spending five and half years being intermittently tortured by them while Trump avoided service via a medical deferment for “bone spurs” in his feet.

A few nights ago, the PBS documentary series on Vietnam showed clips of McCain, three of his four limbs broken, lying in a Hanoi hospital bed being interviewed by a French journalist. He teared up when asked what he wanted to say to his family. Afterwards, his captors beat him for not expressing guilt and regret for his actions as a soldier.

Now we have a president who lampoons him and implores us to encourage more violence in an overwhelmingly violent game that leaves nearly all its combatants affected for life, many of them to crippling degrees and early death.

We have a word for a person like this. A few words, actually.

It all hearkens back to Roman gladiator times, or to the sport of feeding human beings to wild beasts in the arena, appealing to the blood lust and lowest common denominator of crowds, our rapacious animal natures given full rein.

Whether or not to take a knee in solidarity with a cause pales in comparison to this latest atrocity from an atrocious and thoroughly dishonorable man. 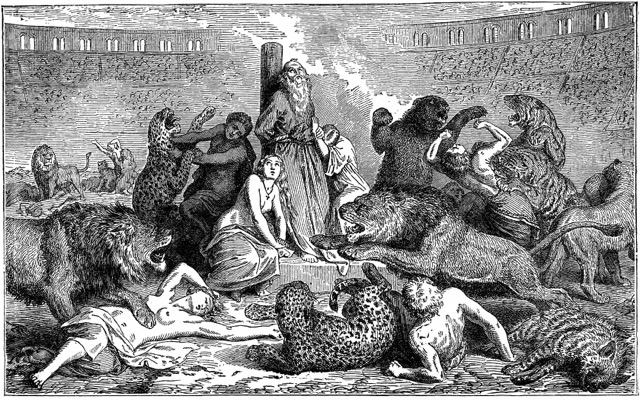 Check out this blog’s public page on Facebook for 1-minute snippets of wisdom and other musings from the world’s great thinkers and artists, accompanied always by lovely photography. http://www.facebook.com/TraversingBlog

38 comments to The Bigger Issue: Trump Going All Gladiator on the NFL