The Dignity of “The Dutchman” (and His Wife) 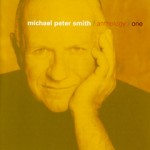 Sometimes, life is just crappy and sad, so sad. And those who bear it may show tremendous dignity, but that doesn’t necessarily earn them a return of cheerfulness the next day, or the next year, or ever. Life is never even remotely that fair.

“The Dutchman” and his devoted wife look to be two such people. Michael Peter Smith’s haunting elegy to aging and dementia casts a plaintive poetic glow that settles on the quietly shifting scenes like a dreamy summer fog as Margaret guides her ex-seaman husband through his old haunts in Amsterdam. His faculties ebbing, she serves as both his physical escort and his memory.

The wedding day question “Till-death-do-you-part?” meets its existential peak in dementia. Margaret answers it not with mere words these many years later, but with simple telling details that Smith fills in for us: patching the Dutchman’s cap and coat, adding whiskey to his tea (“keeps away the dew”), and abiding his belief that “tulips bloom beneath the snow.”

And in one devastating master stroke that ratchets up the melancholy and suggests untold past sorrows about which the song will reveal no more, Smith ends one stanza with: “Sometimes she sees her unborn children in his eyes.”

This is some very fine songwriting.

Like most songs, The Dutchman reads better encased in its music, its easy melodic line, memorable chorus and measured storytelling pace serving as perfect ballast to the lyrical profundity. So I suggest giving it a listen before reading the lyrics. Smith does lovely work on several You Tube clips at the link below, where you can also catch John Gorka’s depthful adaptation—including slight lyrical variations—in a number of venues.

For nicely refined studio renditions, catch Smith, Gorka and scores of others who have honored this song here:

One comment to The Dignity of “The Dutchman” (and His Wife)