The Impersonality of Dreams: Going Underground With James Hillman 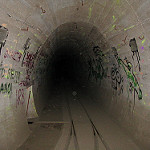 We go about our day lives, keeping them seamless as possible with day planners, work to-do lists, business appointments and friend meetups. We change clothes as various settings require, put sequential streams of thought together in presentations and emails, pay bills, stop to pick up groceries, get home to run down the day’s highlights with a spouse or friend.

We know who we are and what we are about in this life.

And then night comes, and…

I am being tricked and then pursued and captured in the deep dark woods by sly, evil people, stumbling and tripping, being threatened with physical and sexual violence and betrayal and hateful stares and mean, spiteful words.

One night, she couldn’t shake them, waking up several times, getting some water, collecting herself, drifting back to sleep, and there was that murderous pursuer again, hot on her tail as she darted down alleys.

So, as most every other psychologically astute person afflicted with such troubling imagery would do, she took inventory, searching for connections that might suggest conflicts and fears she may be grappling with just below consciousness.

Not coming up with much of anything, she wondered whether her repression was at some unusually intense level. Was she maybe willfully blind to issues in her life that her dreams were pounding on her to finally recognize? 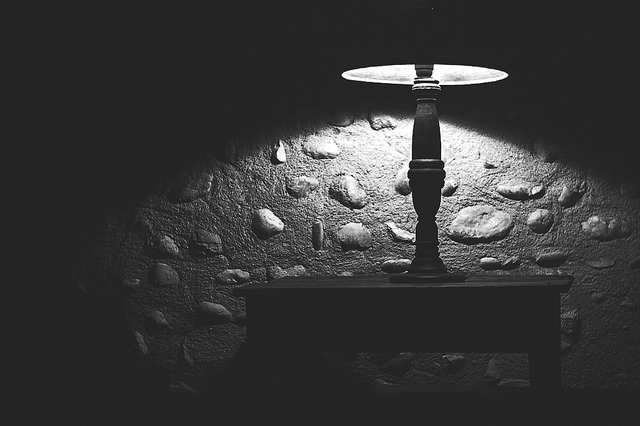 “Not so fast,” would have been the counsel of noted archetypal psychologist James Hillman, whose 1979 book, “The Dream and the Underworld,” has occupied a special place on my shelf and in my brain in the time since. My volume is all underlined and scribbled across in the margins, its nicked and wrinkled binding reflecting plentiful time lying open on a table, a desk, my chest, as I gazed off into space trying to collect myself and keep pace with its author’s fertile, torrid mind.

Hillman, who died in 2011 at age 85, sometimes wrote as in a fever, likely the most literary and adventurous of all psychologists who have ever tackled the complexities of human consciousness.

Deep thinker, fun writer. (Though, as one observer deadpanned on a website: “You’ll need a dictionary.”)

Perhaps only Carl Jung descended as deeply as Hillman into the worlds of mythology, poetry and ancient literature, from where they sought whatever shards of understanding they could mine from the utter confoundedness of the human psyche.

Where he departed from even Jung, though, was in honoring dream life as its own entity and on its own terms, resisting the common historical approach of both Jung, Freud, and others in looping dreams back to waking life.

Not for him the insistence on seeking to “understand” what dreams are telling us about some conflict, insecurity or relationship we are wrestling with in our day lives.

“Freud’s method projects the persons in a dream back over the bridge into the dream-day, even if for the sake of their latent meaning. We associate my dream-brother and dream-father to my day-brother and day-father and, by this association, return the dream to the day. Jung’s method of interpretation on the subjective level takes the dream persons into the subject of the dreamer. They become expressions of my psychic traits. They are introjected into my personality. In neither method do we ever truly leave the personal aspect of the dream persons, and thus they remain in the upperworld. Dare I say it loud and clear? The persons I engage with in dreams are neither representations of their living selves nor parts of myself. They are shadow images that fill archetypal roles; they are personae, masks, in the hollow of which is numen.”

(Numen: “the spirit or divine power presiding over a thing or place.”)

The underworld is a place of “”soul making,” of consorting in a land where normal rules of time and space and bodily limitation do not apply. It is a place where the gods (archetypal themes, happenstance, the strange intrusions of fate) have their way with us, introducing us to mystery, chaos, and most importantly, death. But not for our own personal dayworld’s sake—for theirs.

Our time here is limited, but in the underworld where we pour out the contents of our psyches every night, there to mix with the collective unconscious of the human project, time is eternal, personal boundaries liquid. Minutes feel like days and decades of being chased, or doing the chasing, of hiding, exposing, leering, bleeding, flying, lying in wait, and absorbing the impossible of being transformed into a goat or a serial killer.

“My mum was a news reporter…and was doing a bit about an ancient skull that was in my back-neighbor’s yard. It was supposedly the site where some witches were hung. I had a bad feeling about it, so my friend and I were going to go convince her it was a bad idea. So we manage to get to the next yard, but the program had already started. I try to pull my mum away, but get yelled at. As I’m looking for something to stop whatever may happen, one of her crew shows up on a bicycle, late. He hits the curb in his rush, goes flying, and cracks his head open on the skull in the middle of the lawn. Smoke boils out of the skull, and the witches appear…Everyone runs away screaming. Some of the older kids run into the neighbor’s shed around the corner of the house. I go to them because they want to defeat the witches, but they turn me away. I hide in some bushes. The older kids manage to rum over the fat witch with a lawn mower, but it doesn’t kill her. It mangles her leg, but it grows back into two legs. She now had three legs.” 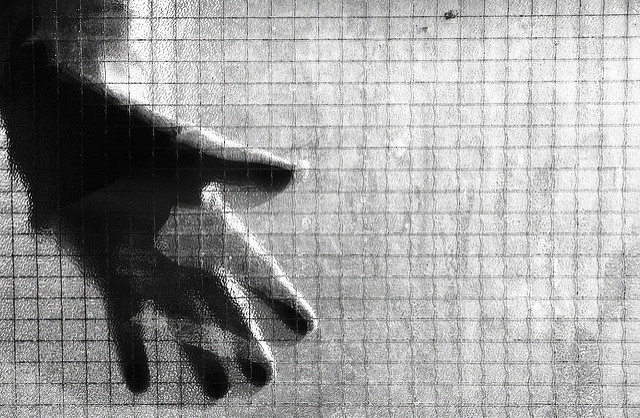 ***
That strange and fantastical imagery above is garnered from a reddit.com question, “What’s your creepiest/scariest nightmares or experience?” It is the stuff of fierce fairytales, designed not to have us wonder about the ways we might rebound back newer and better after an injury (with yet another leg!), but instead to ponder that things are forever surprising and appalling us.

Because truly, even up here above ground, things are never as neat and orderly as they seem—or that we try to make them in throwing a calming blanket on the unruly parts of our day world.

Below that is the underworld, the realm where the odd and the untenable are commonplace, where no norms apply. There, an independently existing world shuns the puny personalities, decorum and egocentrism of our aboveground world to reveal the essential wildness and incomprehensibility that gurgle unceasingly below.

Picture the thought bubbles of cartoons and comedies, our stream of consciousness churning away and given expression every second as it notices and responds to a million different stimuli. This occurs even amidst the most genteel encounters that seem to imply hardly any thoughts at all. In the underworld, we can rarely if ever keep things genteel, and thoughts run amok and entangle themselves in primitive emotions and experience.

“The ‘I’ in the dream is no secret stage director who wrote the play he acts in, no self portrait photographer taking his own snapshot from below, nor are the wants fulfilled in a dream the ego’s wishes. The dream is not ‘mine,’ but the psyche’s, and the dream-ego merely plays one of the roles in the theatre…

That’s Hillman again, taking the dream to both a higher and lower plane than just a personal “I” who is having a dream and then seeking to understand how it might “apply” to my life.

That’s not where the most interesting or relevant work is, he suggests. His goal it to “encourage an attitude that can live with the defeat of our desire to know.” (That may be my favorite line in the whole book.)

In Hillman’s world (Hillmania?), dreams aren’t about the YOU that wants to puff itself up by appropriating all their fantastic imagery and reality-bending as its own. Dreams are bigger and more important than that, connected to universal themes that have been roiling the human psyche since time immemorial.

Welcome to the underworld, Hillman says. Don’t take it personally.

6 comments to The Impersonality of Dreams: Going Underground With James Hillman