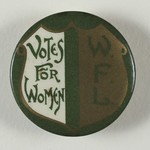 Warren didn’t disappoint, either during the kerfuffle over the Sanders comment or in the moment’s immediate aftermath. Quickly moving beyond the question posed by the panelist, Warren pretended not to want to get into any he-said/she-said with her “friend” Bernie, instead pivoting deftly to the carefully prepared riposte about all the males on stage having lost a combined 10 elections while both of the females (herself and Minnesota Senator Amy Klobuchar) sport flawless electoral records.

This caused Klobuchar to erupt in delight, with her and Warren then launching strenuous, passionate, well-reasoned—and completely superfluous—arguments on why, gosh darnit, women can too become president, yes they can!

A point which absolutely no one on the stage was arguing against in the slightest, as would no reasonable person in the wider world who has functioning gray matter in his or her noggin.

I know, I know—we have yet to inaugurate a female president in this now nearly 244-year-old country, and it will be a triumphant day indeed when it finally does happen. And it remains a very big deal that it has not happened yet. Not minimizing that here at all.

Women in business! Wow! There are women working successfully in businesses! Who knew? This is amazing!

But really, does anyone besides the most intractable misogynist still hold to the notion that a woman could not be elected president? Let’s have a show of hands and at least one chant of “Hillary + 2.7 million votes” please, as we lay the mere idea of that absurdity to rest. (While also cursing the electoral college and the Clinton campaign’s curiously half-hearted effort in the midwest.)

I, along with the two ardent feminist women I was watching with the other night, mostly groaned through the whole imbroglio, as the two female candidates implored their blankly staring and baffled male counterparts and the watching millions about the rightness of their cause. It felt demeaning, if anything, that they were using the oxygen in the hall to make such an overwrought and unnecessary argument to an entire audience that could not have agreed with them more (and which sprang from a Warren claim that felt suspiciously like a staging device so she could mount her rhetorical horse in stoking concerns about Sanders’s alleged sexism while also disparaging her male opponents’ electability).

It all brought to mind my media days when I would get annual notices from local publications trumpeting a “Special Women’s Issue!” that would “highlight the many contributions of women to local (business, arts, winemaking,” etc).

Business publications in particular latched avidly onto this marketing device and made plentiful financial hay from it, and for a while, a long time ago now, such events were important and affirming in noting the inroads women were finally making in the business world.

Thing is, it’s still going on decades later, and still with the same implicit message it was conveying in, like, 1980: “Women in business! Wow! There are women working successfully in businesses! Who knew? This is amazing! Read these inspiring stories about them! You go, Ladies!” (And make sure you pay attention to the costly vanity ads highlighting their businesses and careers…)

Again, none of this is to say we have yet achieved complete gender parity in business, politics or anywhere else. If only.

But in pursuit of that goal, it’s important that we ask the right question and debate the right issues, and that we avoid the bloviations and reductionism that suffuses our politics and makes them the dismal spectacle they often are.

In this matter under discussion, it smacks of patronization to train a special spotlight on and persist in arguing a point whose counterpoint shouldn’t even be granted the dignity of rational argument. Should we really be wasting our time and oxygen trying to convince a dwindling band of misogynists that women are capable of all manner of professional endeavor, very much including the presidency, rather than simply assuming every civilized and informed person shares that view?

Why not debate truly debatable matters and just show and emphasize qualifications, grit and initiative rather than lapsing into now outdated rhetorical skirmishes?

The answer, at least insofar as “Women can too be president!” and celebrations of “Women in Business” and such are concerned, is that there are cheap political points and money to be made in belaboring the matter.

Politics is all about power and possibility, and women these days, as evidenced by Hillary Clinton, Nancy Pelosi, the serious candidacies of Warren and Klobuchar themselves, and the 75 countries (29 currently) who have had female heads of state across the globe, have amassed far enough credentials not to be creating fake arguments on matters we have long moved on from. 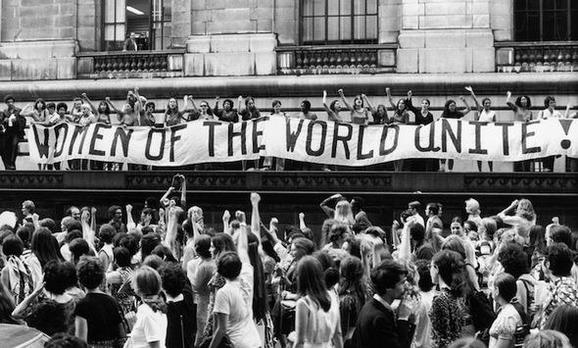 A similar question of patronization affected the lead-up to the most recent debate when it became evident that of the 13 Democratic candidates still officially in the race at the time, only six would meet the party’s increasingly stringent criteria for participation. Unfortunately (at least from a certain frame of reference), that meant none of the remaining candidates of color (Cory Booker, Andrew Yang, Tulsi Gabbard) could participate, leaving the proceedings to four caucasian men and two equally white women. (Nope, there was not even a decent tan evident up on that stage.)

This led to some calls in the weeks prior to the debate to consider changing the criteria so that Democrats, who take great pride in (and make nearly a fetish of) their diversity, would not face the potentially embarrassing specter of being reduced to an all-caucasian field of contenders before even the first vote was cast in the Iowa snows.

The argument went something like this: Structural residues of racism still linger over every aspect of American life, so candidates of color are disadvantaged in finding adequate numbers of donors, dollars and poll results at this stage of the race that would hoist them onto the debate stage.

So they needed, to put it in the baldest possible terms, a little affirmative action boost.

Now: Has affirmative action and other efforts to broaden access to minorities across various swaths of our political, economic and business life had vast benefits in righting some of the grievous wrongs still percolating through society from our racist past? Undoubtedly.

But at this point in 2020, many months into a campaign whose debate qualifications have necessarily become more stringent to avoid the unwieldy size of the early debates, would such an affirmative action approach be a good and worthy idea?

For Exhibit A in that argument, see: “Obama, Barack…”

Neither Booker (who dropped out last Monday) nor Yang, for their parts, asked explicitly for any backdoor dispensation to include them in the debate, though both did raise substantive points about various less-than-perfect selection criteria, given the time constraints for determining debate eligibility.

But a number of voices in the party did raise objections to the mere specter of an all-white debate cast, lobbying for a DNC change-of-mind in the matter (which did not come).

Among the problems if it had: It would have reeked of patronization, special allowance, changing the rules midstream, all manner of fat, juicy targets for Trump & Co. to make hay with this year in painting Democrats as hopelessly beholden to identity politics, all too ready to bend and even break their own rules in order to keep their self-image of diversity intact for public consumption.

Personally, I missed the hell out of Booker and Yang (Gabbard, not so much…), having enjoyed them greatly in previous debates and of the mind they added a lot to the discussion. (Not because of their race, but because of their vigor and ideas. Oh—and their humor! No small matter, humor in our politicians; no small matter at all…)

But: National polling has consistently shown Yang and Booker in the very low single digits nationally, and early this week, on the same day Booker dropped out, a “Washington Post” poll showed him with just 4% support nationally from African Americans, one-twelfth of Biden’s 48%. Who’d’ve thunk?

Love ya man, would happily vote for you in the future, consider you a strong vice-presidential prospect, but there’s not much to say when the white guy leads you by 44% even among your fellow African Americans. Except for the salutary fact, when one really thinks about it, that African Americans obviously don’t vote strictly on the basis of race.

And isn’t that, in an ultimate, ultimate sense, exactly what we have all been hoping for on some far-off day (that seems to have arrived already, at least to some degree), when African Americans, along with all other voters diverse in gender, race, socio-economic standing and education, vote for candidates not on the basis of those characteristics, but instead on the basis of their policies, experience, and the content of their character? 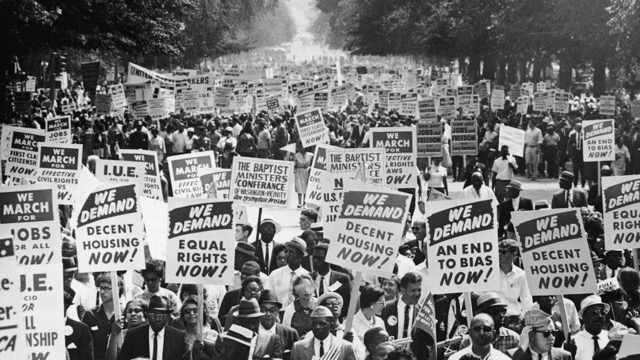 7 comments to The Perils of Patronization