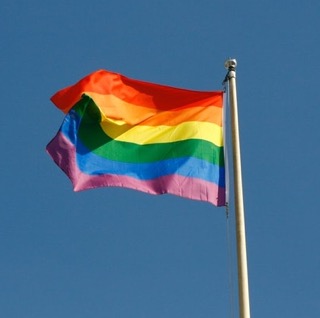 An interview there posed the question of her own favorite poems by others, and her list included Mark Doty, another poet I hadn’t yet encountered (so many poets, such squeezed time…) and his 1995 poem, “Homo Will Not Inherit.” (Presented in full below.)

Intrigued by the title, I clicked my way to it, and a few lines in I had that delicious, by now blessedly familiar feeling of my blood quickening and the little hairs on my arms starting to tingle and wave like those kelp we see consorting with their fish friends and undulating merrily, as if to music, on the bottom of the sea. 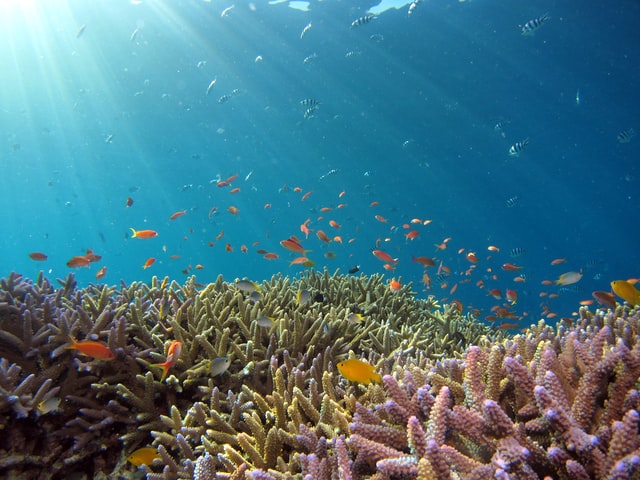 “HOMO WILL NOT INHERIT” was prompted many years ago by a cheap sign Doty espied on one of those could-be-anywhere downtown building walls left vacant by the vagaries of the business cycle. It was followed by the even more foreboding admonition: “Repent & be saved.”

Doty’s exactly 100-line response included co-opting the dire threat of the first line (that homosexuals will not inherit the kingdom of heaven) for his title and turning it into a rebellious, rhapsodic, transcendent tribute to truth (his truth as a gay man) and beauty (of the human body, of gay men’s bodies, of his own body).

All of it wrapped in a withering dismissal of every pinched denial and fear of this world’s inexhaustible joys by many religions whose answer to our mortality is the promise of future admission to what Doty drily suggests is “a heaven nobody wants.”

Along the way, he makes his own powerful case for a carnality that, like Everson’s from the other end of the sexual orientation spectrum, recognizes “that in each body, however obscured or recast/is the divine body—common, habitable…/the multiple expression/of a single shining idea…” 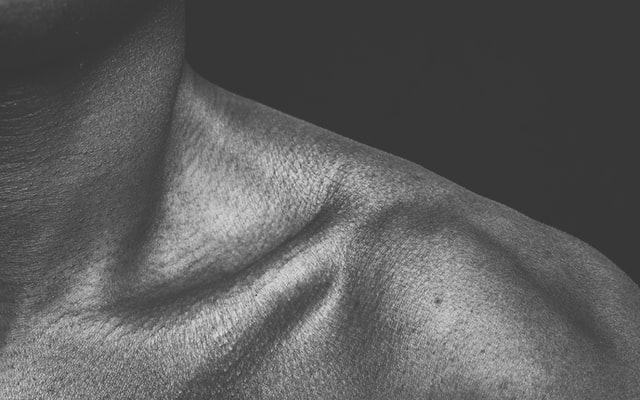 Doty’s poetry is nothing if not daring and resplendent with fresh imagery, a language-lover’s delight. The poet Patricia Hampl captured it perfectly: “When he sees the ocean—the salt spray hits you.”

And it’s not just natural wonders that capture his poet’s eye, but even the “shimmered azaleas of gasoline” in the befouled puddles of downtown that he sketches in the poem discussed here.

His writing emerged first from the crucible of his own struggle, like virtually every gay person’s, to come to terms with his true, non-normative sexual identity. That identity became further weighed down and almost crushed with the additional burden of the AIDS epidemic that began devastating the gay population in the 1980s, through much of his early adulthood. (He was born in 1953, in Maryville, Tennessee.)

What the latter experience did as he lost his own longtime lover and many friends to AIDS was to sharpen both his political and religious sensibilities, the first a necessary tool for survival of his community, the second for the survival of his own heart.

And it turned out his religion first had to answer what it was not—not a part of the oppressive finger-wagger’s consortium of those who attend a “pallid temple” and “who must be patrolled, who adore constraint.”

This consortium of the constrained and repressed made hay of the AIDS epidemic with a thousand variations of “I told you so” mutterings about God’s vengeance on the abomination of gay sexual activity. One saw and heard this almost triumphal shaming from most every quarter of the religious right, cloaked in the “Love the sinner, hate the sin” bromide that attempted to give it a veneer of compassion. 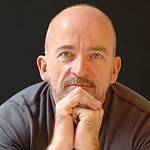 Doty is having none of it in “Homo Will Not Inherit.” And he meets the anti-gay argument head-on by portraying—in ecstatic, celebratory terms—perhaps the most potent symbol of gay transgression: the infamous bathhouses where gay men often engage in anonymous sex with multiple partners.

These bathhouses have existed for millennia and still do, but they gained a particularly virulent notoriety in the midst of the AIDS crisis, for obvious reasons.

Fevered, even rational arguments for their closure were successful in some instances and locales, but Doty does not engage the legal argument but the spiritual one: what the bathhouses meant in finally offering unbridled joy and access to all that had previously been forbidden, to a population whose devastation and marginalization by the dominant culture long preceded AIDS.

“I’ll tell you what I’ll inherit: the margins,/which have always been mine, downtown after hours,/when there’s nothing left to buy,” Doty writes.

Here, he comes fully to terms with the marginalization that sees him and his compatriots gathering “after hours,” downtown now deserted by the straight workaday culture since there is no more “business” to conduct there, nothing left to pad a checkbook as straights exit to their suburban lives, largely oblivious to the shackles and wariness that have always bounded most every minute of gay peoples’ existence.

Having something “to buy” is the only point of being downtown, after all, unless you have been forced onto the margins as gay people have been for millennia, and still are in large parts of the world, though thankfully much less now in the west.

Downtown, “at twilight/permission’s descending hour,” Doty enters full-throttle into worship, turning the denial of gay “inheritance” back on itself: “I’ll tell you what I’ll inherit: steam,/and the blinding symmetry of some towering man,/fifteen minutes of forgetfulness incarnate.”

More emphatic and adoring still: “I’ve seen flame flicker around the edges of the body,/pentecostal, evidence of inhabitation./And I have been possessed of the god myself…”

“What do we want in any body/but the world?” he asks in another poem from the era, “The Death of Antinoüs.”

That world is one where there is always more beneath the surface of things. More beauty, more mystery, more grief, more unformed, inchoate feelings and wants and disappointments longing to be recognized, expressed and conveyed, whether on the page or across a table or amidst the warm embrace of a friend or a hot rolling on blankets with a lover.

All of those are manifestations of sanctity, bringing together “the flesh and the word,” precursor to joining Doty as he drives his poem to the final planting of his flag: “This city’s inescapable,/gorgeous, and on fire,” he tells us.

“I have my kingdom.” 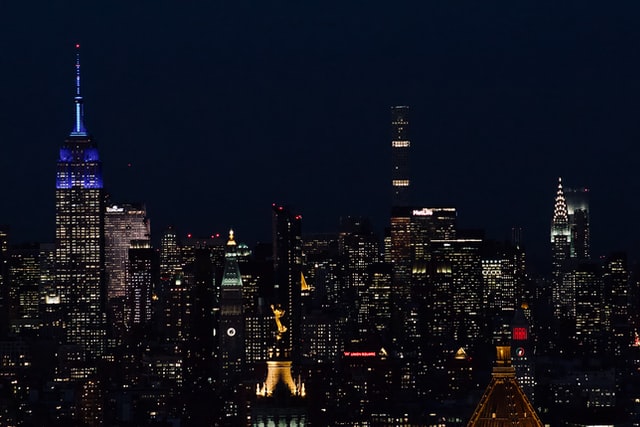 HOMO WILL NOT INHERIT

Downtown anywhere and between the roil
of bathhouse steam—up there the linens of joy
and shame must be laundered again and again,

shimmered azaleas of gasoline,
between the steam and the ruin
of the Cinema Paree (marquee advertising

its own milky vacancy, broken showcases sealed,
ticketbooth a hostage wrapped in tape
and black plastic, captive in this zone

of blackfronted bars and bookstores
where there’s nothing to read
but longing’s repetitive texts,

where desire’s unpoliced, or nearly so)
someone’s posted a xeroxed headshot
of Jesus: permed, blonde, blurred at the edges

as though photographed through a greasy lens,
and inked beside him, in marker strokes:
HOMO WILL NOT INHERIT. Repent & be saved.

I’ll tell you what I’ll inherit: the margins
which have always been mine, downtown after hours
when there’s nothing left to buy,

the dreaming shops turned in on themselves,
seamless, intent on the perfection of display,
the bodegas and offices lined up, impenetrable:

edges no one wants, no one’s watching. Though
the borders of this shadow-zone (mirror and dream
of the shattered streets around it) are chartered

by the police, and they are required,
some nights, to redefine them. But not now, at twilight,
permission’s descending hour, early winter darkness

pillared by smoldering plumes. The public city’s
ledgered and locked, but the secret city’s boundless;
from which do these tumbling towers arise?

I’ll tell you what I’ll inherit: steam,
and the blinding symmetry of some towering man,
fifteen minutes of forgetfulness incarnate.

I’ve seen flame flicker around the edges of the body,
pentecostal, evidence of inhabitation.
And I have been possessed of the god myself,

for minutes at a time, and I have for hours
believed—without judgement, without condemnation—
that in each body, however obscured or recast,

is the divine body—common, habitable—
the way in a field of sunflowers
you can see every bloom’s

the multiple expression
of a single shining idea,
which is the face hammered into joy.

I’ll tell you what I’ll inherit:
stupidity, erasure, exile
inside the chalked lines of the police,

who must resemble what they punish,
the exile you require of me,
you who’s posted this invitation

to a heaven nobody wants.
You who must be patrolled,
who adore constraint, I’ll tell you

what I’ll inherit, not your pallid temple
but a real palace, the anticipated
and actual memory, the moment flooded

by skin and the knowledge of it,
the gesture and its description
—do I need to say it?—

the flesh and the word. And I’ll tell you,
you who can’t wait to abandon your body,
what you want me to, maybe something

like you’ve imagined, a dirty story:
Years ago, in the baths,
a man walked into the steam,

the gorgeous deep indigo of him gleaming,
solid tight flanks, the intricately ridged abdomen—
and after he invited me to his room,

nudging his key toward me,
as if perhaps I spoke another tongue
and required the plainest of gestures,

after we’d been, you understand,
worshipping a while in his church,
he said to me, I’m going to punish your mouth.

I can’t tell you what that did to me.
My shame was redeemed then;
I won’t need to burn in the afterlife.

It wasn’t that he hurt me,
more than that: the spirit’s transactions
are enacted now, here—no one needs

your eternity. This failing city’s
radiant as any we’ll ever know,
paved with oily rainbow, charred gates

jeweled with tags, swoops of letters
over letters, indecipherable as anything
written by desire. I’m not ashamed

to love Babylon’s scrawl. How could I be?
It’s written on my face as much as on
these walls. This city’s inescapable,

gorgeous, and on fire. I have my kingdom.

5 comments to The Poet Plants His Flag: Mark Doty’s “Homo Will Not Inherit”