The Problem of ISIS and Religious Fanaticism 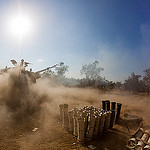 Demilitarization would be nice, of course. Blow up all those munitions in far-flung deserts, toss the rifles into the sea, put the B-52s and Hornets and Raptors on display at the military museums, noting them all as relics of the bygone, violent infancy of human history.

But on the way to that rather starry-eyed but ultimately necessary development, it may be even more important that we engage in a process of deliteralization. Meaning that we learn to take all sacred texts and their often contradictory guidelines for human behavior with the proverbial grains of salt they require if we are to finally quell the fanaticism of religious zealots like ISIS, now that they’ve figured out how to organize armies and deploy big guns and use social media to spread their toxic message of hate around the world.

These thoughts occur as I grapple with the most recent essay (Sleepwalking Toward Armageddon, available here) by noted atheist Sam Harris, author of The End of Faith and Letter to a Christian Nation, among others. Harris is perhaps alone among the vaunted “new atheists” in acknowledging the power of a “spiritual” perspective toward life while yet vilifying most all specifically religious expressions of it.

He argues rather persuasively, I will admit, in his essay that far from the violence of ISIS and our own homegrown abortion clinic bombers being aberrations and misapplications of religion, they are part and parcel of many religious texts, writ large in black and white, available and even justifiable for use by the twisted minds who can quite “correctly” point to them in defense of their heinous crimes.

Harris sets the table with this provocative assertion, uttered in his usual plain-spoken way:

Understanding and criticizing the doctrine of Islam—and finding some way to inspire Muslims to reform it—is one of the most important challenges the civilized world now faces. But the task isn’t as simple as discrediting the false doctrines of Muslim “extremists,” because most of their views are not false by the light of scripture. A hatred of infidels is arguably the central message of the Koran. The reality of martyrdom and the sanctity of armed jihad are about as controversial under Islam as the resurrection of Jesus is under Christianity. It is not an accident that millions of Muslims recite the shahadah or make pilgrimage to Mecca. Neither is it an accident that horrific footage of infidels and apostates being decapitated has become a popular form of pornography throughout the Muslim world. Each of these practices, including this ghastly method of murder, find explicit support in scripture.

In his own essay, Harris doesn’t offer representative samples of the Koran’s calls for violence, but here are but two of the more than 100 sprinkled liberally through its pages:

5:33: The punishment of those who wage war against Allah and His messenger and strive to make mischief in the land is only this, that they should be murdered or crucified or their hands and their feet should be cut off on opposite sides or they should be imprisoned; this shall be as a disgrace for them in this world, and in the hereafter they shall have a grievous chastisement.

8:12: I will cast terror into the hearts of those who disbelieve. Therefore strike off their heads and strike off every fingertip of them.

Any glimmers of metaphor you can glean from those passages, anyone? 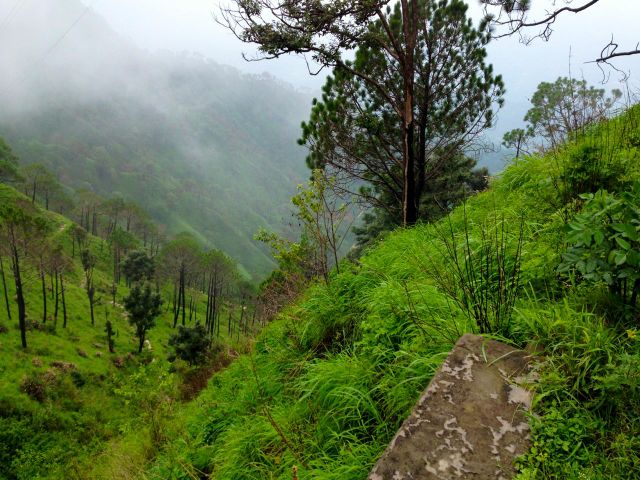 Now, good multiculturalist liberals, among whose number I would generally include myself, will point out that Christianity has its own issues with calls for violence, those messy “eye for an eye” and “every living substance that I have made will I destroy from off the face of the earth” proclamations being what they are. And they will also say, as I have said, that these need to be understood in the context of their times, in the graphic and overheated terms of the fairy tales that they truly are.

And good liberal interpreters of every tradition’s holy books do just that in quietly setting aside all such calls to unspeakable violence, pretending (or silently agreeing) they have no relevance in the modern world. Except that they very much do for ISIS, and abortion bombers, and Branch Davidians, and end-time gun nuts railing against all institutions of government and the collective good.

They’re so relevant, in fact, that they help supply inspiration for entire armies to march across Arab lands confiscating territory, attempting to annihilate or enslave whole populations and, not coincidentally, beheading, crucifying and amputating the limbs of hapless victims whose crime is they do not subscribe to the same severe strictures ISIS wants to bring to dominance across the whole world in order to properly fulfill the proclamations of their beloved Allah.

Murder, maim and make merry in order to enact the vision of the Lord of All Creation.

Can we point to other passages in both the Koran and the Bible to suggest completely opposite ways of life, imploring us to love and forgive always to the end of time, with overflowing generous hearts? Of course we can—this is precisely the point.

Which reading “speaks” to you? From which reading will you take your marching orders: to wage “jihad” as pure metaphor for the examination and cleansing of your inner soul, or as a dictum to go slay your agnostic neighbor and sexually enslave his wife and daughters?

The choice of preferred interpretation is up to any given individual—the point is that they are both available to be cherry-picked as they will. The fact that consensus opinion in the world sees ISIS as enacting a twisted vision doesn’t bother them in the least in this war of competing religious narratives, with one side pointing to one set of prescriptions for how to live and another side pointing the opposite way. Does it matter at all that we can count up the calls for love and generosity in our sacred books and match them against calls for hatred and violence and then say, “See, love wins, 982 to 647!”?

I don’t think so. Why are there calls for hatred and intolerance at all in the supposed Word of God?

So: we know what the answer is here, yes? On one level, humanity can and should take religion seriously as a powerful force shaping civilization, sometimes for ill, but very frequently and powerfully for good as well. But it cannot afford to take religion “seriously” in the sense of believing its texts lock, stock and barrel as some sort of definitive statement by the Creator of the Universe.

Indeed, the vast majority of humanity doesn’t do so already. Even Christian fundamentalists in the peaceful suburbs who vociferously claim the Bible as the inerrant word of God simply deliteralize or even ignore all manner of biblical passages that no longer fit the sensibilities of modern civilization. (Heard lately of anyone gouging out his eyes for entertaining an impure thought?) This is how they fit into the larger deliteralized fabric of modern culture, even as they claim fidelity to an imagined strict interpretation of the Bible. The armies of ISIS? Not so much. 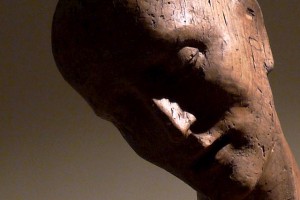 Where does this leave us? It is not irrelevant that most literalists across every persuasion lack exposure to broadening perspectives such as higher education, wide travel, and the arts. These are all inherently deliteralizing activities, actually serving to destabilize the ignorance and ancient prejudices that act as a bulwark against the inevitable change and evolution that characterize the life force. Education is always and again the answer.

Not that education makes perfect, since there will always be highly educated ignoramuses among us. But it most always makes better, in the kind of steady, inexorable drip drip of one person and action upon another helping to cumulatively change our world.

Make no mistake—change is coming to the Mideast, and to Islam, just as it has to Christianity in the centuries since its adherents burned witches and enslaved black people in the name of their Lord. The fear of that change (and who doesn’t fear change to one extent or other?) is the very reason ISIS and other groups are fighting with such ferocity to hold onto the ignorant ways of the only life they know.

But the genie of repression and ridiculous application of mythological texts to support fear and ignorance is long since out of the bottle in the western world, and it is leaking profusely in the Mideast now, too. Our borderless media and the ubiquity of its technology are guaranteeing it.

We may suffer greatly still in paroxysms yet to be unleashed by ISIS and their ilk in future years. But if we can manage to prevent them from blowing everything to kingdom come in the meantime, their days too, are numbered, just as they have always been for those seeking to keep humanity in the Dark Ages, with our spirits dulled and eyes cast to the ground.

History hasn’t worked out very well for those forces over the past few thousand years, and it doesn’t appear to be on their side now, either.
***

Dar Williams says it all here—and with a rollicking good tune besides.

5 comments to The Problem of ISIS and Religious Fanaticism