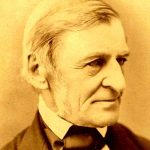 The people-loving optimist in me has always come back, no matter the history of humankind’s massive destructions and wanton, diabolical cruelty, to a sense that we are eking out, however haltingly, a small measure of progress in the human project. As I’ve written before, there are abundant data regarding declining wars and crime, ever-rising concern for human rights, and the slow ascent to opportunity and power of the previously marginalized.

Education, law, the hard sciences and soft social science have combined with human ingenuity and the best impulses of religion to make a material difference in how we understand and act upon the world and, to a degree, ourselves.

But if all that is true and reason enough for optimism, why then do we appear to be living in An Age of Rampant Anxiety? Is it just our lot to forever fret about our future and to fear that the old and better ways are dying?

And when we peek out at the world from under our covers, where we cower with the morning paper that details “Our Delight in Destruction,” is it possible to gain some measure of reassurance from Emerson, that icon of Certainty in Self, who exhorts us to resist the clamor and conflict of the external world and remember:

Nothing is at last sacred but the integrity of your own mind.” ?

My answer to that question is: “Only to a point.” 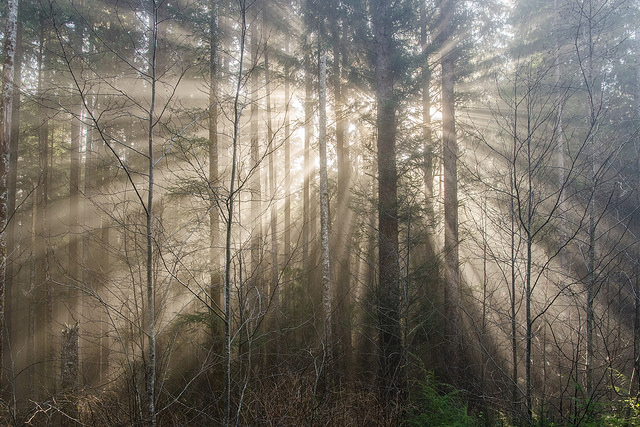 Emerson is inspiring and even bewitching in his penchant not only to look inward for one’s own truth, but also to be forgiving of the sometimes tangled wires of thought and emotion that one finds there. Even to the point of waving them away:

“A foolish consistency is the hobgoblin of little minds, adored by little statesmen and philosophers and divines.”

That nearly perfect sentence, emphatic in its scorn for constancy while hopping musically along to its rhyming conclusion, is oft-quoted in the English world. It is just the right riposte when you’ve been pinned to the wall, whether by friend, lover or foe, who makes the perfectly accurate and rational observation: “But that’s not what you said last week!” (Or in your last book, or sermon, or blog post…)

Such quotables are dropped like nourishing seeds throughout Emerson’s work. In this instance, it urges us to smile and excuse ourselves for walking back our own past utterances of principles, perspectives and righteousness.

In the more expansive Emersonian world, we are permitted to wear our inconsistencies like a badge, all the wiser for being less encumbered by convention.

And of course, they are right; life is full of vexing gray areas, shadows that fall in one instance and time on one side of the right-wrong ledger, then on the other side as the sun shifts and the clouds reform.

This escape valve releasing us from “foolish consistency” is also all we need to slip free of a bunch of other words that end in “y,” such as “accountability,” “responsibility” and even “rationality.” We can forego those when we march to our inner drummer, however much that means we may fail to keep time with The Needs and Expectations of Others (including our loved ones who may, perish the thought, be depending on us for one thing or another…).

In a nice little coincidence, a visiting minister in my church this morning, the Rev. John Buehrens, happens to be a scholar of the New England transcendentalists with which Emerson is so intimately associated as a founding patriarch. Buehrens, great admirer of Emerson that he is, also allowed for this much in his morning sermon: “We’ve taken Emerson perhaps too much to heart.”

I took this to mean to be careful of Emerson’s enthusiasms in any given work or passage, some of which may wind up, indeed, being contradicted when he goes off to wax enthusiastic (and acerbic) in another direction. 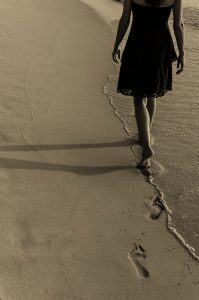 Reading “Self-Reliance” as a stand-alone piece, which I would invite you to do here, we find all the underpinning we need for some of the more immoderate indulgences of the me-generation that grew out of the ’60s and ’70s. That’s when a perfect storm of declining Western religion, the rise in its stead of pop psychology and Eastern mysticism, and tremendous political upheaval convinced huge swaths of young people that adults didn’t know what the hell they were doing in and with the world, so they had better set about fixing it themselves.

And Emerson, bless his deeply intellectual Brahmin heart, gave them all the fodder they needed in “Self-Reliance”:

“Do not think the youth has no force, because he cannot speak to you and me. Hark! in the next room his voice is sufficiently clear and emphatic. It seems he knows how to speak to his contemporaries. Bashful or bold, then, he will know how to make us seniors very unnecessary.”

Emerson was actually referring there not to half-informed college students confounded by adults’ penchant for war and hypocrisy, but about wholly uninformed, undeveloped adolescents and even infants who manage to attract sustained adult interest.

Infancy conforms to nobody: all conform to it, so that one babe commonly makes four or five out of the adults who prattle and play to it. So God has armed youth and puberty and manhood no less with its own piquancy and charm…The nonchalance of boys who are sure of a dinner, and would disdain as much as a lord to do or say aught to conciliate one, is the healthy attitude of human nature…He cumbers himself never about consequences, about interests: he gives an independent, genuine verdict. You must court him: he does not court you. But the man is, as it were, clapped into jail by his consciousness.

He goes on in a similar vein for several paragraphs, seemingly positing as models for adult freedom the undifferentiated consciousness of infants and the awkwardness masquerading as nonchalance of teens. This romanticization of the natural and forgivable solipsism of youth is perplexing, but what borders on dismaying is his lifting up of this as an ideal if only adults could somehow avoid being “clapped into jail by consciousness.”

A show of hands, please, of everyone who heard some variation of “I don’t want to cumber myself about consequences” when someone was breezily wriggling out of a commitment in the “I do my thing, you do your thing” ‘60s?  (“I’m just not into that right now…” “Oh, well what I’m into is wringing your neck…but I wouldn’t want to bum your trip…”) 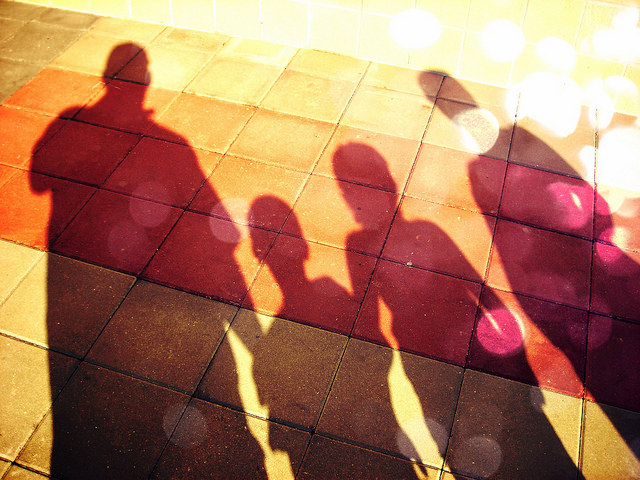 Please understand: I am not speaking here against self-interest, self-improvement, self-regard, self-love, self-knowledge, selfies or all the other self-ish predilections of our age. I love Whitman without reservation, labor through the sometimes thick prosey dross of Emerson to get to the gold, and fully approve of pursuing Your Epic Life.

But prone to passions and their extremities as humans seem to be, we tend to flit from this to that pendulum swing, from low-fat to no-carbs, gestalt to est to hot yoga, worship-of-self to worship-of-children-as-extension-of-self, Obama to Trump. (Did that last one really happen, or am I just caught in another dream?)

But there is a price to be paid—personally, interpersonally, societally, spiritually—for over-emphasis on self-reliance. And en toto, for all its importance in casting off the shackles of 19th century Puritan religiosity and the excesses of Calvinism, “Self-Reliance” speaks to our own age of anomie and fragmenting community in sometimes misshapen, not-always-applicable ways.

As much as I am on board with this:

“We but half express ourselves, and are ashamed of that divine idea which each of us represents”…

…I am troubled, a century and a three-quarters after he wrote this for his time, by:

“Do not tell me, as a good man did to-day, of my obligation to put all poor men in good situations. Are they my poor? I tell thee, thou foolish philanthropist, that I grudge the dollar, the dime, the cent, I give to such men as do not belong to me and to whom I do not belong. There is a class of persons to whom by all spiritual affinity I am bought and sold; for them I will go to prison, if need be; but your miscellaneous popular charities; the education at college of fools; the building of meeting-houses to the vain end to which many now stand; alms to sots; and the thousandfold Relief Societies; — though I confess with shame I sometimes succumb and give the dollar, it is a wicked dollar which by and by I shall have the manhood to withhold.”

Emerson: too late for the first Tea Party, too early for the second.

“No law can be sacred to me but that of my nature. Good and bad are but names very readily transferable to that or this; the only right is what is after my constitution, the only wrong what is against it.”

This could be the creed of an absolute narcissist—and an evil one at that. Perhaps, like any other “sacred” text, we are not to take this literally, or we should take it only in the context of Emerson striving mightily to right a historic wrong of his time—the squelching of human dignity and self-determination by the apparatus of church, culture and state.

Perhaps the universal that comes out of all such pronouncements, stripped of Emerson’s arcane language and the back-and-forth-heave-ho of its time-bound cultural and political context, is simple enough for every age:

“Beware of anything that disturbs your conscience and doesn’t feel, in a profound sense, to be in accord with your inner self. You have to be true to your nature, your being, the spirit that animates and moves you.”

To which I would only add:

“…in relationship with others, in a community of ultimate and mutual concern.”

Well, Loudon Wainwright is working on it—we can say that much!

Elizabeth Haslam, for photos (except for the books) gracing the rotating banner at the top of page. Some rights reserved under Creative Commons licensing, see more at: https://www.flickr.com/photos/lizhaslam/