The Tides As Science and Metaphor 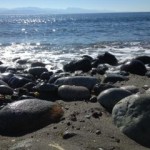 I’ve been steeped in tides on two different occasions over the past several months, luxuriating for several days each time on different coasts, watching the tides do what they seem to have been doing for quite some time now.

I’ll bet you know the drill:

The tides come in…

The tides go out…

Kind of repetitive and boring, eh?

Truth to tell, for all the time I’ve spent seaside, growing up in Southern California and then living on the beach for a couple of years in my adult life, I haven’t investigated the science of tides all that much. I have always vaguely understood them to be controlled by the moon with some kind of mysterious gravitational push and pull, but beyond that, I have enjoyed tides mostly as a balm for my soul, a kind of hypnotic transitional happenstance resembling the passage from day to night and back again, summer to fall and so on.

The rhythms of nature.

But of course, science was all over tides long before there was even something known as science (much less “technology”). Do you find it as startling and reflective of human curiosity and ingenuity as I do that someone in 150 BC, which was quite a bit before Stephen Hawking and Steve Jobs came along, figured out that the tides are controlled by the moon? His name was “Seleucus of Seleucia,” and imagine the fun of getting to introduce yourself with that moniker! (“Hi there, I’m Hidas of Hidasucia.”) 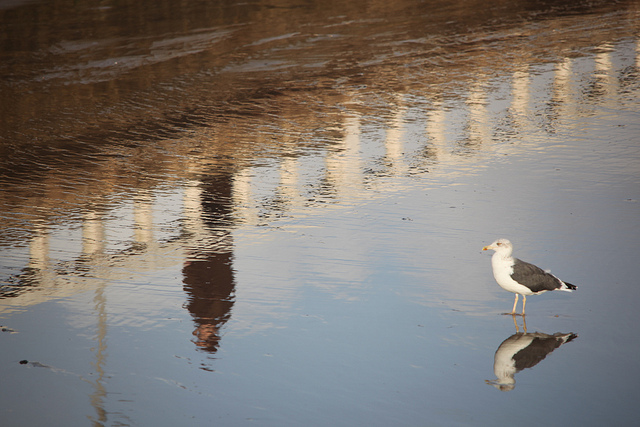 Religious stories don’t fit in the factual world. They’re poems and metaphors, in which waves have soft white hands and sheep are lost and then found and a man sells out his beloved friend for 30 silver coins. They’re not ‘real,’ but that hardly makes them wrong.

It later turned out that the sun, the rotation of the earth, and the land mass at any given tidal location also have their say in tidal behavior, but our friend Seleucus had the basics of it down. He is also credited with being the first to use reason in propagating the theory of “heliocentrism,” which held that the earth spins on its own axis and rotates around the sun, rather than the earth being the center of the universe around which all else spins and serves.

(On that score, I’m a bit surprised he hasn’t been denounced as a heathen by any of the 16 Republican presidential candidates going on as they have about not only Earth, but the American part of Earth, being the specially blessed center of the creation.)

In any case, many learned thinkers after Seleucus added to our knowledge of tides—giants such as Kepler, Galileo, and Newton among them. They helped us understand tides in astounding depth and detail, so that centuries later, anonymous Wikipedia writers could confidently hold forth with the likes of this:

So there is that, blessed with the imprimatur of the scientific method, which includes very substantial doses of physics, mathematics, and geometry, among other disciplines I can barely fathom.

And then there is the following, from another kind of observer altogether, Henry Wadsworth Longfellow. He wrote “The Tide Rises, the Tide Falls” in 1879 at his summer home on the sea at Nahant, Massachusetts:

Darkness settles on roofs and walls,
But the sea, the sea in darkness calls;
The little waves, with their soft, white hands
Efface the footprints in the sands,
And the tide rises, the tide falls.

The morning breaks; the steeds in their stalls
Stamp and neigh, as the hostler calls;
The day returns, but nevermore
Returns the traveler to the shore.
And the tide rises, the tide falls.

Well, then. Not a reference to gravity or gradient anywhere in those 99 words, much less “semi-diurnal and long phase constituents” or “amphridomic points.” (Don’t ask…)

And what’s this about ocean waves with “soft white hands?” What was this Longfellow fellow smoking back in the late 19th century? 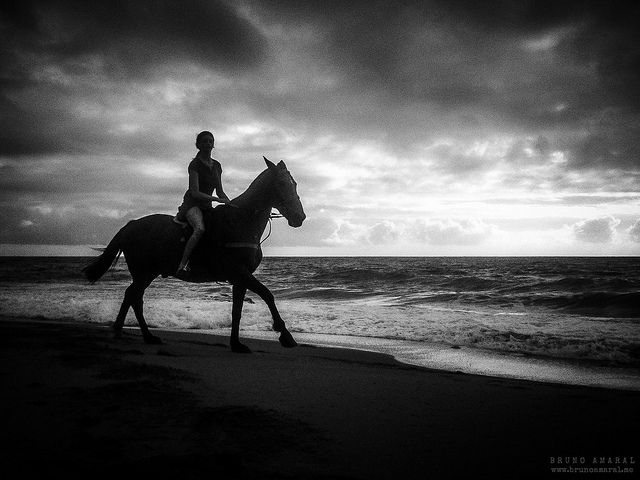 So: on one end of human understanding: science.

On the other: poetry.

To rather substantially paraphrase Rodney King: “Why can’t we all just read each other’s stuff and get along?”

Poetry, of course, is a stand-in for religion, psychology, philosophy, literature, and all the “soft” subjects devoted to the understanding and flourishing of our subjective inner worlds. These are the humanistic domains that are rarely quantifiable or reducible to hard data by the scientific method.

Sure, there is “bad” poetry, just as there is bad theology and bad philosophy, but poetry and theology can never be “wrong” in the way that a math equation can be proven wrong. And it can’t be “right” in the same way, either.

The tides and the “soft white hands” of the waves were alive for Longfellow in a way that they weren’t for Seleucus and Kepler when they were observing the moon and sun and tides while working out their equations. Neither the soft nor hard perspectives are more accurate or “truer” than the other, because they’re coming at reality with completely different metrics.

The heart is not the brain, and the imagery wrought from feeling and metaphor cannot be ground into an equation that does a few rounds on a supercomputer and spews out a conclusion on whether or not it is “correct.”

Yet this is exactly the kind of nonsensical cross purpose at which scientifically inclined atheists and religious literalists seek to conduct a battle unto the death to “prove” the validity and “correctness” of their own narrow slices of understanding of an inexhaustibly mysterious world.

Religious literalists insist on the “reality” of God and the other stories that have been passed along through sacred texts over the eons, as if they’re verifiable facts about the known world. But religious stories don’t fit in the factual world. They’re poems and metaphors, in which waves have soft white hands and sheep are lost and then found and a man sells out his beloved friend for 30 silver coins. They’re not “real,” but that hardly makes them wrong.

Poems and metaphors such as Longfellow and the biblical writers use have profound transformational power; they can and have influenced countless lives, turned them from the bad to the good, have allowed humans to aspire to and achieve their noblest goals of living with love and generosity and self-sacrifice. Some who have done so believe literally in all the stories, that they are history rather than fable. Others understand them as fable alone, but their lives are no less influenced by them.

The stories are part of our subjective poetic and religious fabric, something that can help imbue life with meaning and wonder. 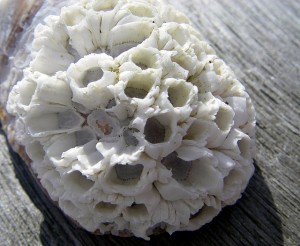 Scientific atheists, for their part, often have little use for poetry or fictions of any kind. They have been known to become indignant when confronted with religious belief. In the battle for views of reality as defined by science, they have the upper (and only, in the final analysis) hand. And much as in their quest for scientific truth against colleagues with whom they wrestle over experimental validity and various data sets, they are ruthless in pointing out the holes and deficiencies in their opponents’ arguments.

So they just shake their heads and call a pox on the house of all religion when a religious person says, “I know that God is real, and I pray to her every day.”

The shortcoming of scientific atheism is that it often lapses into “scientism,” meaning that if something doesn’t fit into a measurable scientific construct, it can’t be regarded as “real” and is therefore of little to no value or interest. And given the religious world’s sometimes sordid history of attempting to enforce its views on the wider population, scientism does its best to upend the apple cart of all belief. It tries to dissuade the world from religion altogether, rather than simply dissuading it from religion’s extreme corrosive fringes.

And so the argument goes, and where it will end, by now most everyone knows: Nowhere.

No one can win that argument, because it lacks a common, agreed upon core of data or perspective. “Non-overlapping magisteria” is how the late evolutionary biologist and science popularizer Stephen Jay Gould, himself an agnostic, referred to the separate domains of religion and science, or inner subjective experience and observable external data.

In his lovely poem, Longfellow’s musings on the eternal verity of the tides and humankind’s fleeting engagements with them have nothing to do with science. Instead, they take on the gentle, knowing tones of the human heart and its profound coming to terms with its own finitude.

The tides rise, the tides fall, we rise, we fall, until one day we rise no more, even as the steeds (high-spirited horses) “stamp and neigh,” ready to crash through today’s tides to the ever-unfolding future.

Only to have their hoofprints, too, “effaced in the sands.”

While the tides rise and fall after them.

And on the subject of profound poetry…

Please consider yourself invited to stop by this blog’s Facebook page, where most every morning  I post smidgens of deep thoughts, bon mots and wisdom from the world’s great thinkers, artists and iconoclasts, always accompanied by lovely photography from the Land of Flickrdom: http://www.facebook.com/TraversingBlog

Ongoing appreciation to photographer Elizabeth Haslam, whose photos grace the rotating banner at the top of this page. Some rights reserved under Creative Commons licensing, see more at: https://www.flickr.com/photos/lizhaslam/

2 comments to The Tides As Science and Metaphor