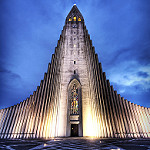 God: the literary and conversation topic that just won’t go away.

Even when we’re not talking about God, we are.

Trying to improve, are we? Find greater purpose, figure out our next step, start to give back, leave a legacy?

Wherever go matters of ultimate concern, there goes Grappling With God.

Great fiction: all about God, explicitly or not. (Though often about her absence.)

In his introduction to “The Best Things Ever Said About God” (20000, Harper Collins), more or less agnostic attorney-turned-writer Ronald B. Schwartz calls his book:

“…a miscellany for doubters and believers alike—though at neither extreme—and purged of freeze-dried sermonettes and vainglorious citations to chapter-and-verse proof that God prefers tea to coffee. A miscellany, that is, for those of open heart and mind who cringe at the first hint of proselytizing…a collection of the shrewdest, wittiest, and altogether most provocative observations that I have discovered as a pilgrim in progress.”

So, my fellow open-hearted cringers, just in time for your Sunday, whatever it is you are up and about to in some semblance of a Sabbath day of rest even if you profess no religion, I offer you a dozen of the chewiest, or just plain fun excerpts from Mr. Schwartz’s 128-page collection, along with notes of observation or elaboration from me as the spirit moves.

Consider this offering the cream skimmed from Mr. Schwartz’s own cream, reflecting nothing so much as my own subjective appreciation of the little nuggets of contemplation and delight he has so generously put before us.

1. “God is not a cosmic bellboy for whom we can press a button to get things done.”
—Harry Emerson Fosdick, 1878-1969, liberal Protestant pastor in New York City

Bellboy, waiter, commander-in-chief, our last desperate go-to for help and support: This common perception of God has him ever ready to meet our needs, for which we thank him profusely when the tide turns in our favor and shrug off with that “Mysterious are the ways of the Lord” resignation when it doesn’t. God maintains his stellar reputation either way.

2. “If you talk to God, you are praying; if God talks to you, you have schizophrenia.”
—Psychiatrist, writer and professor Thomas Szasz (1920-2012)

Added recently to the lamentable list of terrorists posing as God’s self-appointed executioners, we have the Bundy clan’s current spokesman, Ammon Bundy, saying God told him to occupy the godforsaken Oregon wildlife refuge where he is currently encamped.

3. “God was more exciting then than he is now.”
—A child heard commenting on the Old Testament, quoted in Gerald Kennedy’s “The Seven Worlds of the Minister” (1968)

Yeah, what’s with God constantly showing up in the old days to rage at his people during their bacchanals and coming on as a burning bush for some well-appointed words with Moses? Yet through nearly all of modernity—not a peep! 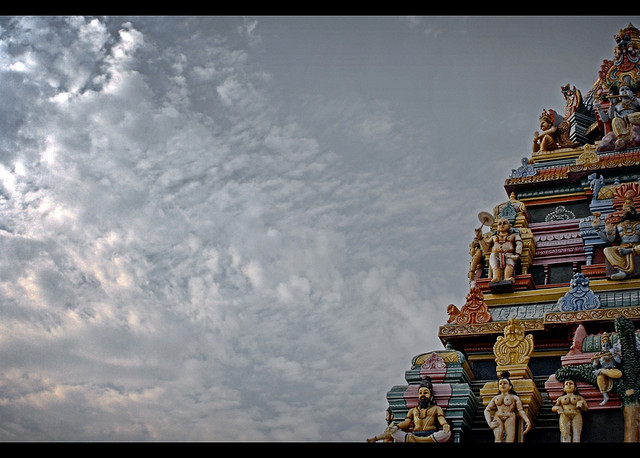 Robinson’s “Honest to God” in 1963 was a slim-but-influential book on the changing modern perceptions of God and the future of religion.

5.  “God is being itself, not a being.”
—German-born Protestant theologian and philosopher Paul Tillich

This is the nub of most deliteralized modern theology. Tillich fled the Nazis and brought his immense gifts to the United States at age 47, publishing both scholarly and popular books in his adopted country on theology, back when regular people read books on theology.

6. “The idea of a Supreme Being who creates a world in which one creature is designed to eat another in order to subsist, and then pass a law saying, ‘Thou shalt not kill,’ is so monstrously, immeasurably, bottomlessly absurd that I am at a loss to understand how mankind has entertained or given it house room all this long.”
—20th century novelist and critic Peter DeVries

DeVries’s 10-year-old daughter died of leukemia in 1960, giving rise to his powerful, raging-at-the-heavens novel, “The Blood of the Lamb,” the following year.

In that sunset, sure—but perhaps also in that wretched beggar in the street?

Humility is the watchword, it seems to me. We need remember always to walk and talk and bow with an appropriate measure of humility.

9. “There can be no Creator, simply because his grief at the fate of his creation would be inconceivable and unendurable.”
—Novelist, playwright and non-fiction writer Elias Canetti (1905-1994)

10. “After one has abandoned a belief in God, poetry is that essence which takes its place as life’s redemption.”
—American poet Wallace Stevens (1879-1955)

One can certainly do much worse than poetry as one’s true devotion, though my personal opinion is that music trumps it as a gateway to the sacred. We should also note that Stevens supported himself as an insurance executive his entire life, his belief in poetry as salvation tempered by the bare fact that it tends to leave its most ardent practitioners, the poets themselves, however much spiritually nourished, physically starved. Alas!

This lighter note from the otherwise tormented, visionary, ragingly brilliant and highly influential Nietzsche has a tragic undertone, given that he seems to have gone looking for his sacred dancing partner in all the wrong places, suffering, going insane, and finally dying from syphillis at age 55.

12. “Q: What’s the only thing wrong with being an atheist?
A: Nobody to talk to during an orgasm.”
—Unknown

Sometimes jokes cut right to the quick, don’t they?

And of course, no  listing of a dozen anything should go without a bonus throw-in of a 13th to make it an uneven but slightly more satisfying Baker’s Dozen, which paves the way  for…

And so it does, one passionate dalliance and subsequent delivery at a time, the ultimate expression of faith in a future we cannot predict, a vast sea of nothingness into which we throw our small measure of something, in all humbleness, gratitude and hope.

If you’re on Facebook, I invite you to visit this blog’s public page for daily snippets of wisdom and other musings from the world’s great thinkers and artists, accompanied always by lovely photography. http://www.facebook.com/TraversingBlog

Tags:  famous quotes on God, quotes about God, views of God, wiity quotes on God and religion, “The Best Things Ever Said About God” by Ronald B. Schwartz