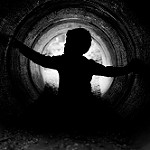 It’s almost impossible not to talk about Paris, isn’t it? The imagery so stark, the evil so dark and unmitigated. We have a sense of our world upended, our way of life and broadly agreed-upon civilizational values suddenly all a-jumble.

It doesn’t add up in any readily, rationally explainable way that people—people with legs and arms and smiles and parents and probably siblings and their own recent memories of enjoying cafe dinners with friends and loved ones—would hatch a plot to come shoot us dead. Us, whom they don’t even know, who are good people, who would be kind and gracious to them if they’d walked in with a mutual friend that night to shake our hand and make pleasant small talk before heading to their table.

But they weren’t going to any table. They had instead made their own private reservation to kill us in hot spurting blood without ever having said a word to us in this life.

We try to grasp the enormity of it—or the enormous absurdity and unreality of it. But we shake our heads, and maybe go back to our recent obsession with news and analyses. (You, too?)

We figure if we read or hear just one more piece, one more backgrounder by an expert with special insider knowledge about how people could become so twisted as to perpetrate such heinous acts—then perhaps we can understand, explain it to ourselves, wrap it up in a rational package, an explanatory model of cause-and-effect that adds up like a math equation.

Then it might finally bring us some relief, the relief of rationale and categorization and context and at least a sliver of comprehension for the otherwise incomprehensible.

But it feels like a fool’s errand. It’s hard enough to know and track our own hearts and motives, much less those of someone who could do something like this. 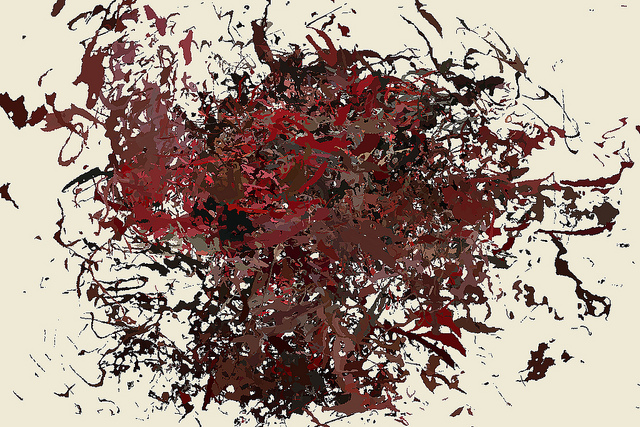 That young idealistic human beings would do this to other human beings chosen randomly in cafes or concerts in a classic wrong-place/wrong time scenario—we shake our heads again. Those aren’t battlefields! At least there, the warriors on opposing sides have lined up in full knowledge of the hellishness that awaits.

But out for a nice French meal or jumping and stomping along to the music at a concert in the heart of Paris on a Friday night—and you turn into a war victim? When you didn’t even know you were a soldier?

Wait wait: I did not sign up for this!

Not even with an offensive cartoon or book.

Data are about measurable objects, but we are subjects beholding subjective experiences, which crash right through all the rational data defenses we try to cling to in order to keep irrational horror at bay.

So the questions form: What kind of person would do this? What happened to them? To so many of them? (We read that ISIS ranks swell at the rate of some 1,000 a month, and not by a long shot are all of them from Arab countries. Seven of the nine known shooters and bombers last Friday: Europe-born.)

What is wrong with humanity, anyway? Why are things getting worse—this is the 21st century!

And then it is time to take a very deep breath and acknowledge something fundamental: human beings have been doing far worse to other human beings, in relentless profusion, since we crawled out of the primordial ooze and slowly developed the quality of consciousness that has us think and reflect and live and love and hate as we do. There’s really nothing new here, just an old story dressed up with the 21st century technology of encrypted cell phones, assault weapons and elaborate suicide belt bombs.

Not that it brings us much consolation. Evil is evil, in whatever century or millennium it takes place. 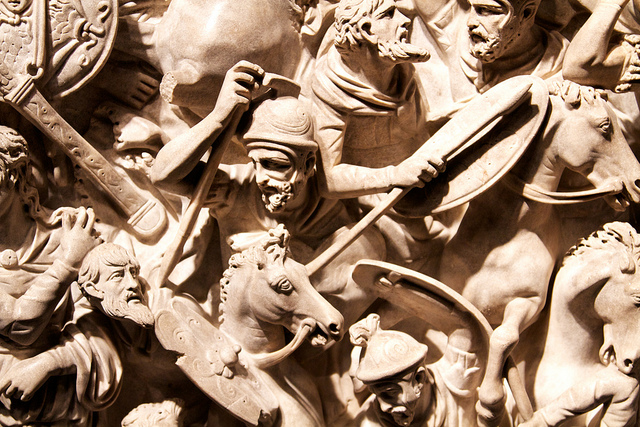 But we flatter ourselves—or at least have our historical blinders on—thinking the world is going to hell and all that’s left for us is to fret and despair over its decline. The world has always been going to hell, because there is a bit of hell (potential atavistic evil) in every human being. And unfortunately, a whole lot of hell in enough of them to keep things perilous if not downright deadly for many others, whatever our difficulty in fathoming such beastliness and wanton cruelty as part of the human heart.

That beastliness has been working its way out of us slowly over the eons. By every conceivable measure—from longevity to hunger to shelter to disease to war to genocide to violent crime to the nature of work and recreation—human life continues on an upward trajectory. Almost all things are getting better all the time—the data tell us so.

But our emotions—that welter and trickster of subjective impressions influenced so dramatically by the imagery it confronts and the stories it hears via the wonders of modern ubiquitous media—that is different. Data are about measurable objects, but we are subjects beholding subjective experiences, which crash right through all the rational data defenses we try to cling to in order to keep irrational horror at bay.

It’s too hard to keep thinking objectively, to keep reminding and remembering about data and history and context and perspective, when people are being slaughtered in real time, high-def color, and the media, God bless them and the jobs they pursue, put it and keep it in front of us incessantly in order to feed our incessant need to immerse ourselves in the pursuit of understanding.

Moths to flame, flapping our wings furiously, hoping for one more ray of illumination before we avert our eyes.

Which comes only when we get up in the morning, and get on with the lives we have while we’re fortunate enough to have them. When we go outside, walking the parks and boulevards, buying concert tickets, making plans to meet up beforehand at the cafe.

Where the chances are extremely good we will be neither shot nor bombed nor eaten by a wild animal this Friday night or for thousands of nights to follow.

Claiming what is still ours, if we want it to be. It feels important that we do. 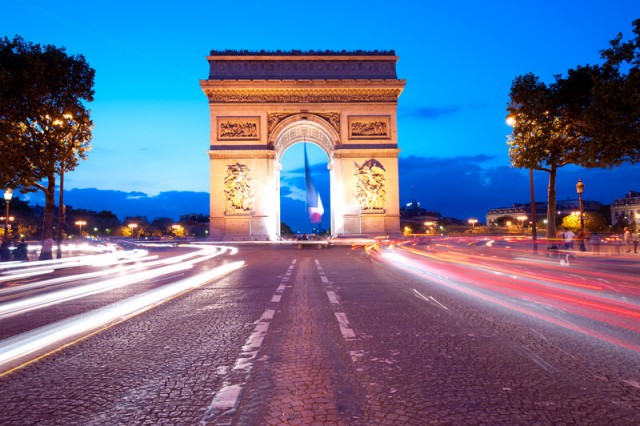 Photo of detail from the Portonaccio Sarcophagus, circa 180 A.D., on display at the Museo Nazionale Romano, Rome, courtesy of Nick Thompson  https://www.flickr.com/photos/pelegrino/

Tags:  Is the world getting worse?, ISIS attack in Paris, ISIS terrorism, Paris terrorism, terrorism and the media, understanding ISIS