To a Fallen Comrade: Daniel Johnson’s “In the Absence of Sparrows” 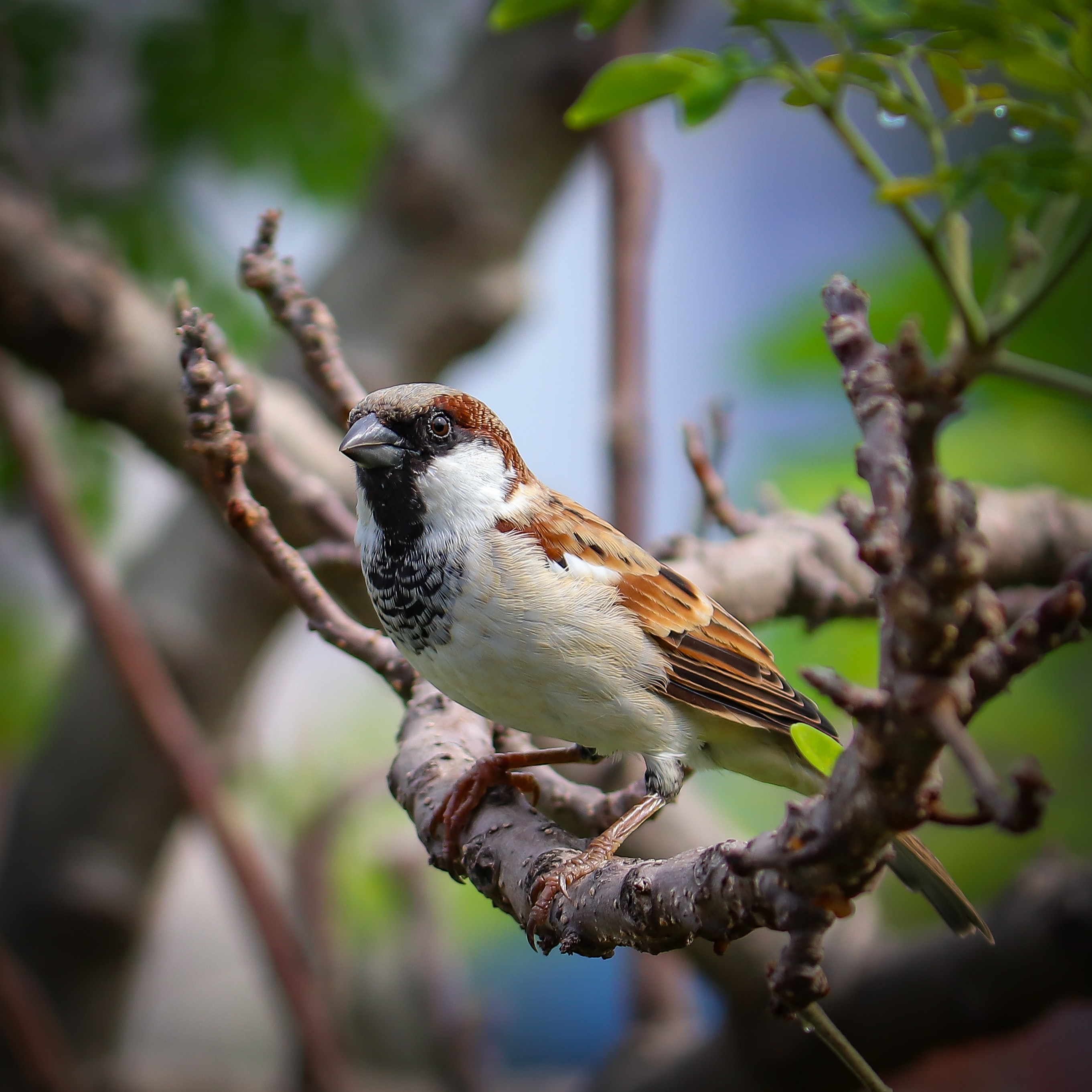 Even in the Before times, Memorial Day always presented a slight collision of moods. A day set aside for honoring the memory of our war dead, inside of which we relish plans to finally get the speed boat out on the lake, root for the home team, and gather round the ritual barbecue with beers in hand and jokes flying.

But in this crawling-out-of-the-pandemic time of tearing off masks, hugging our long unhugged beloveds and trying to bust loose from the rule of an invisible virus, being held up yet another weekend by notes of loss and grief may seem all the more jarring.

This is when it is good to remember something else: that loss and grief across vast swaths of this world never take a holiday, and Memorial Day weekend is always a good time to remind ourselves of that elemental truth. 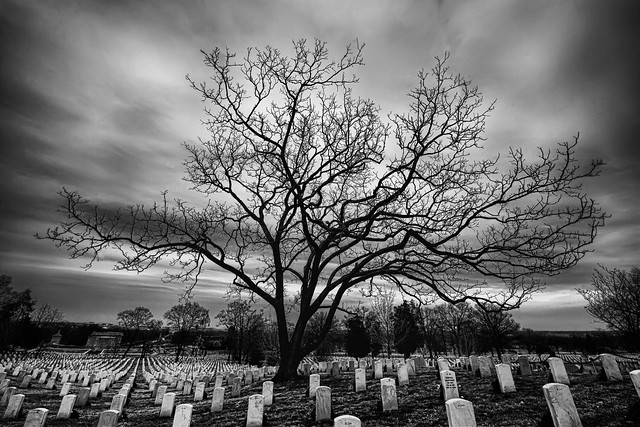 I like many things about Daniel Johnson’s poem, “In the Absence of Sparrows.” Memorial Day and homage to the dead suffer no shortage of poetry giving them their due, but Johnson’s stands out for a number of reasons.

Not the least of them is that it’s contemporary (published in 2014), and rather than a diffused, generic focus on the loss of young life and the futility of war, it focuses fiercely on Johnson’s love for a particular flesh-and-blood buddy of his whom he names, grieves, and remembers. Those memories include various youthful, raucous indiscretions, Johnson’s pal presented as a full-blown human being, all the dearer and more fiercely missed because of it.

The poem’s other twist: it is not about a soldier per se, but a soldier of a different sort: a journalist and writer buddy of Johnson’s whose sacrifice was no less than any combatant’s in a theater of war. 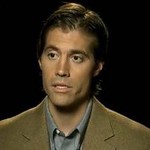 James Foley was a freelance American journalist and videographer who was abducted and held on two different occasions when covering conflicts in Libya and Syria. The first, during a rebel insurgency against then-Libyan ruler Muammar Gaddafi, lasted 44 days and ended with Foley’s May, 2011 release by the pro-Gaddafi forces who had held him.

Eighteen months later, he was captured by ISIS forces during the Syrian Civil War and held just short of 21 months before he was ritualistically beheaded on a live video feed. He was 40 years old, leaving behind his parents, four younger siblings, and a bereft longtime pal who had the writing chops and commitment to keep his memory alive.

There’s next to nothing opaque in this long lamentation. The poem’s 900+ words pivot around the haunting image of an “absence of sparrows,” most all living things having the good sense to flee from war zones, where humans persist in killing their own.

“We don’t know, Jim, where you are” ends the first stanza, signaling the agony of family members early in the abduction of their beloved, suffering in their own darkness and confusion, into which prayer and hope try to gain entry. But the sky remains “gray with flu,” the night “cold and bruised.”

After Foley’s first release and return from Libya, Johnson notes Foley’s initial phone call to him:

DJ, it’s Jimmy…I’m in New Hampshire, brother! I wanted
to break your fucking nose. We ate lobster rolls, instead

Admiration, relief, gratitude, resentment and rage—it’s all mixed up together sometimes, isn’t it?
We want to beat on our friend for a while, crying out: “Oh God, I am so happy to see you, now keep the hell out of war zones, would you?”

But Foley didn’t, couldn’t, electing instead to answer his own siren calls of curiosity, responsibility, moral witness, adrenaline rush, whatever the complex web of inspirations that took him back into harm’s way, into the lair of others equally committed to their own imperatives that included, to Foley’s great misfortune, a nearly unsurpassable cruelty.

Johnson gives us a heads-up on his friend’s character and love of adventure by chronicling two events from earlier in their lives, 13 years apart.

The first involves the 18-year-old Foley’s crazed drive across a frozen lake that ends with him bailing out just before the Chrysler that belongs to another friend’s grandmother breaks through and sinks beneath the ice.

“People do reckless things/but your friends dubbed you the High King of Foolish Shit,” Johnson writes. The stunt suggests a precursor to Foley’s subsequent penchant for covering war zones. 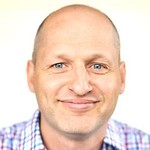 The second is at an incendiary anti-war rally Johnson and Foley attend during the 2004 Republican Convention, which resulted in their arrests and Johnson’s frantic search, once he was released, for his pal through the city’s penal facilities and streets.

It is amid such hijinks and intensities in the hot flush of youth that bonds of forever-friendship are born. Johnson’s retelling of these stories serves to heighten our knowledge and therefore affection for his BFF, setting the stage for us not so much to miss him as if we knew him in the flesh, but to richly appreciate how much Johnson and no doubt Foley’s family do.

So rest in peace, Mr. Foley, and may all those who loved you find whatever can pass for the same on this Memorial Day weekend.

IN THE ABSENCE OF SPARROWS

I don’t know, Jim, where you are.
When did you last see
birds? The winter sky in Boston

is gray with flu. Newspapers,
senators, friends, even your mom
on Good Morning America—

your hands. You wait and pray, pray
and wait, but this is where the picture goes gray.
We don’t know, Jim, where you are.

In the absence of sparrows: a crowd of friends and family gather in Rochester,
New Hampshire to recite the holy rosary.

We keep your picture on the kitchen table, pack of American Spirits,
airplane bottle of Scotch, a copy of Krapp’s Last Tape

Don’t get me wrong; we expect you back. Skinny, feral,
coffee eyes sunken but alive, you’ve always come back, from Iraq,

Syria, Afghanistan, even Libya after Gaddafi’s forces
captured and held you for 44 days. You tracked time scratching

marks with your zipper on prison walls, scrawling notes on cigarette
boxes, reciting the Koran with other prisoners. Then, you called.

DJ, it’s Jimmy…I’m in New Hampshire, brother! I wanted
to break your fucking nose. We ate lobster rolls, instead,

on a picnic bench by Boston Harbor. You made a quick round
of TV shows, packed your camera and Arabic phrasebook.

You skipped town on a plane to Turkey. We talked once. You said
you’d play it safe. The connection was lost.

In the absence of sparrows: American journalist James Foley disappeared
after being taken captive by armed gunmen near Aleppo, Syria on Thanksgiving Day.

In the absence of sparrows: our house burns blue with news.

Winter solstice, 1991. You turned donuts,
drinking beers, in a snowy public lot next to the lake.
Girls yelped. You cranked the Pixies louder, cut the lights,
and steered Billy’s grandma’s Chrysler onto the Winnipesaukee ice.
The moon flamed bright as a county coroner’s light.
You revved the station wagon’s engine. Billy tied
a yellow ski rope off the hitch, flashed a thumbs up,
and you punched the gas—5, 15, 20, 25 miles per hour—
towing Billy, skating in high-top sneakers,
across the frozen lake. Chill air filled his lungs.
Billy pumped his fist. You torqued the wheel left.
Triumphant, you honked and flashed the lights.
You took a swig of Heineken and wheeled
the wood-paneled station wagon in a wide-arcing turn
to pick up Billy, bloodied but standing. People do reckless things
but your friends dubbed you the High King of Foolish Shit.
The nose of Billy’s grandma’s Chrysler broke the ice.
You jammed it into reverse. Bald tires spinning,
you flung yourself from the car. In seconds, it was gone.
You gave Billy’s grandma a potted mum
and a silver balloon. Standing on her screened-in porch,
you mumbled an apology.
What am I supposed to do now? she asked.
What the hell do I do now?

In the absence of sparrows: when falling snow, out the window, looks like radio waves,
your face appears, your baritone laugh.

We read Abbie Hoffman, 1968, watched Panther documentaries,
The Weather Underground,
and packed our bandanas, first aid kits,
fat markers, maps and signs for New York City. A31, they called it,
a day of direct action, a time to heave ourselves on the gears

of an odious machine. We marched, drumming and chanting, half a million strong,
through the streets of Lower Manhattan.

Worst President Ever, A Texas Village
Has Lost Its Idiot. Protestors carried a flotilla of flag-covered coffins.
We hoisted homemade signs and cried out, Whose streets?

Our streets? No justice, no peace!
I’d packed sandwiches,
water, mapped restrooms along the parade route, inked
the hotline for Legal Services on your forearm and mine.
You, my wild half brother, packed only a one hitter, notepad, and pen.

When the parade snaked past the New York Public Library,
we peeled off to confront 20 cops in riot gear blocking entry
with batons drawn. We took position on the library steps.
Stone-still, inches from police, we held our signs

stamped with a student gagged by padlock and chain.
I could feel breath on my neck. We narrowly escaped arrest,
then streamed toward the Garden, a ragtag troop of 200.
We evaded barricades. Cut down alleys. At Herald Square, only

blocks from the Republican Convention, cops on mopeds
cut us off. They rolled out a bright orange snow fence,
hundreds of yard long, then zip cuffed us, one by one.
I called Ebele. You called your brother, set to be married in just three days.

His best man, you were headed to jail. “I’ll be there Friday for the golf outing,”
you vowed, a cop cutting your phone call short. They took you first.
Threw you on a city bus headed to Pier 14 on the Hudson,
a giant garage stinking of axel grease and gasoline. Stepping off the bus,

I scanned hundreds of faces staring through chain link, newly erected
and topped with concertina wire. I couldn’t find you. I can’t. They transferred me,
in soapy light, to the Tombs, Manhattan’s city jail, and freed me after 24 hours
to wander the streets. I peered in Chinese restaurants, seedy Canal Street bars,

called your cell phone from a payphone, trekked to Yago’s apartment
in Spanish Harlem, eager to crack beers, to begin weaving the story
we would always tell. You were not there. Waiting outside the Tombs,
I missed my flight home. Waiting, I smoked your cigarettes on the fire escape.

In the absence of sparrows: all of a sudden, you appear. Standing before a cinder block
wall, you’re holding a video camera with a boom mic and wearing a bulletproof
vest.

In the absence of sparrows: the front page story says you’ve been missing since
November 22, 2012. Everything else it doesn’t say.

In the absence of sparrows: you simply wandered off, past the Sunoco, pockets stuffed.
The door to your apartment is open still—

A 2016 documentary film on James Foley featured this song by Sting, which earned an Academy Award nomination for Best Original Song.

Foley and Johnson headshots from the public domain

4 comments to To a Fallen Comrade: Daniel Johnson’s “In the Absence of Sparrows”