Fall descended on Durham recently like someone turned a key and announced, “New season, step up now, no dallying!” It had been summer-hot and sticky per usual through most all August and the first three weeks of September. Then came the autumn equinox on the 22nd with a full day of intermittent rain, and early the next morning, upon opening the door to the sun porch, “Whoa! Where’s my sweatshirt?”

Sure, days are still getting up in the mid-to-upper 80s with that nice penetrating fall warmth that somehow never feels hot, but the heat and especially the humidity have begun leaching from the air every night, the nascent crisp morns letting us know there’s no going back to summer of 2021, seeya next go-round.

That’s a welcome development down here in the Southern climes where the dog days insist on their due in deep summer and leashes aren’t even required to keep the natives quietly restrained, grateful for their air conditioners and iced drinks.

All of which calls for a brief homage to the season with two poems that happen to be by guys named Robert—one long dead and so famous you’ve no doubt read him even if you claim, “Oh, I don’t read poetry,” the other contemporary and likely known only to aficionados.

The latter’s poem is mostly about the live antics of a chipmunk, though in the way of most things poetic, it’s about much else. The former alludes to dying plants and mentions Eden and grief, so we know we are in overt DeepLand, with a slow climb out till we reach the promise of spring. 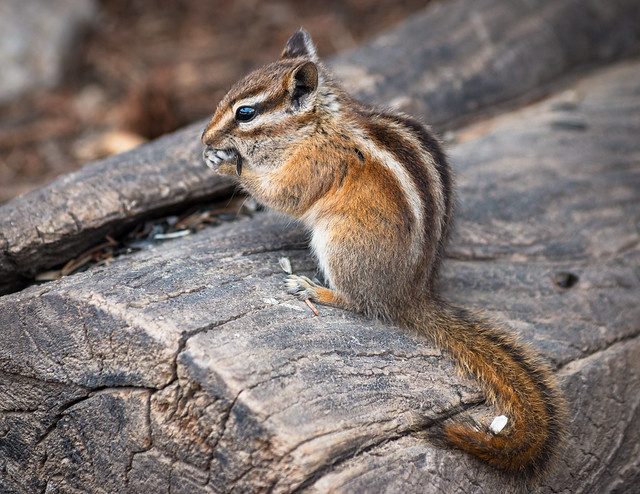 FOR THE CHIPMUNK IN MY YARD

I think he knows I’m alive, having come down
The three steps of the back porch
And given me a good once over. All afternoon
He’s been moving back and forth,
Gathering odd bits of walnut shells and twigs,
While all about him the great fields tumble
To the blades of the thresher. He’s lucky
To be where he is, wild with all that happens.
He’s lucky he’s not one of the shadows
Living in the blond heart of the wheat.
This autumn when trees bolt, dark with the fires
Of starlight, he’ll curl among their roots,
Wanting nothing but the slow burn of matter
On which he fastens like a small, brown flame.

Pennsylvania-based poet Robert Gibb, now 75 and author of 15 poetry volumes, begins with an encounter, sentient creature to creature, each aware of the other, the larger-brained one noting the attentions of the smaller-brained and offering up the wry observation that it is giving him, in colloquial terms, “the once over.”

But the once won’t lead to twice, because the demands of the season are too unrelenting for those tied inextricably to the rhythms of nature without the benefit of technology (refrigeration, canned food, supply chains spanning the globe).

No, the life of a chipmunk is circumscribed to the few trees and porches and edges of fields of a neighborhood that is its world. And in fall especially, its imperatives are stark and demanding if it is to meet what comes. (Which, “lucky” for him, does not include “Living in the blond heart of the wheat,” where the mangling machinery descends.)

Instead, it is gathering nature’s detritus for its winter home, a survival task that keeps it busily to its own grindstone.

But for all the limitation our porch visitor faces, “He’s lucky/To be where he is, wild with all that happens.”

“Wild with all that happens”—is there a better way to be? A state of pure nature, a beingness unto itself, of Chipmunkdom, nothing more, nothing less. No need to write poems to seek or express meaning.

For us larger-brained types, I suspect that is the beating heart of all our longings to hit the trail, the road, the wider world, to sit or amble in the silent forest, watching.

Finally, as the season deepens and “trees bolt,” our friend can afford, in human parlance, to chill, to “curl among their roots,” wedded indelibly, unselfconsciously, to a world of fires and starlight and “the slow burn of matter” that envelops all of existence, creature by creature, tree by tree, cliff by eroding cliff, in due time. 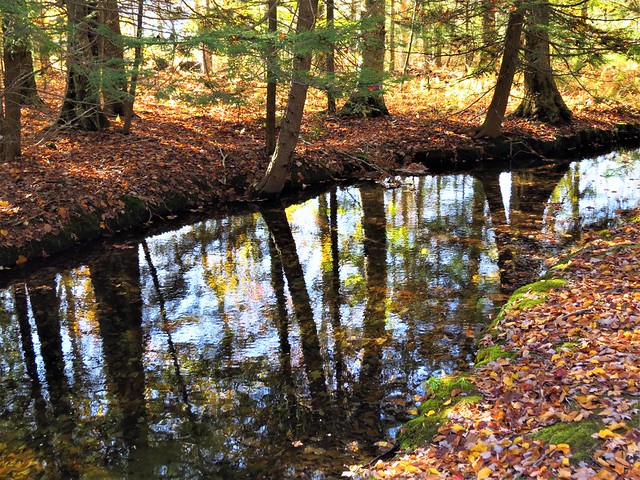 NOTHING GOLD CAN STAY

Nature’s first green is gold,
Her hardest hue to hold.
Her early leaf’s a flower;
But only so an hour.
Then leaf subsides to leaf.
So Eden sank to grief,
So dawn goes down to day.
Nothing gold can stay.

Robert Frost needs little introduction here and only eight lines to capture the unparalleled, mournful beauty of fall. With his somewhat crusty, white-haired Father Time demeanor, Frost (1874-1963) continues to occupy a rarefied perch in American poetry, forever identified with the rural life of his adopted New England, though he was born and lived till age 11 in San Francisco, when he took another road that went east after the death of his father.

The poem actually begins with an image of spring, “Nature’s first green,” subject of celebration, like gold for the spirit. But, he notes, it is the “hardest hue to hold,” its innocence fleeting, its buds blooming only “an hour” before they transform into the more pedestrian and durable leaves that last till fall.

And so it is that the supposed bright perfection of Eden “fell to grief.” Nothing stays the same, joy and beauty fade. The promise of unfettered delight, the limitless possibility of the world, of our personal springtime stretched out before us, remain subject to constraint, disappointment, and decay, because “Nothing gold can stay.”

We all learn it eventually, but that has never stopped us from taking hold of spring yet again when it comes around, giving it (ourselves, really) a good shake. Drunken like the birds that feast on the new season’s pyracantha and then start banging into windows, we exult in the moment and still want to believe spring’s purported promise of more, more, more stretching to forever.

And though it’s a lie that is ultimately betrayed by fall, at least it’s a beautiful lie. And that counts for something, doesn’t it?