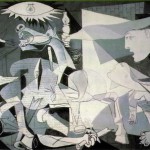 What kind of society and what kind of human being are we positing in what, along with music, is probably our most influential art form?

If it matters at all what our movies tell us about human life, then should we not be disturbed aplenty that some of our more successful moviemakers shove relentless, unfeeling violence in our faces as if to say, “That’s it, end of story (and thanks for your $10).”