What Now? From Empathy To Action 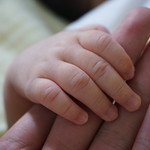 The words are from T.S. Eliot’s “The Wasteland,” published exactly one century ago, when they haunted a world shaken by a barbaric, convulsive war that had upended all received notions of a post-Enlightenment humanity embedded firmly in reason and aiming toward limitless progress and the common good.

The fact that a second, even more destructive and demonic war engulfed the world not even two decades later simply added to the tone of desperation and floundering Eliot had noted.

Today, the same questions are being asked by an almost equally shell-shocked American population, hard off the latest mass slaughter of innocents by a malformed 18-year-old youth armed with weapons of war.

And the question haunts: “What shall we do now?” 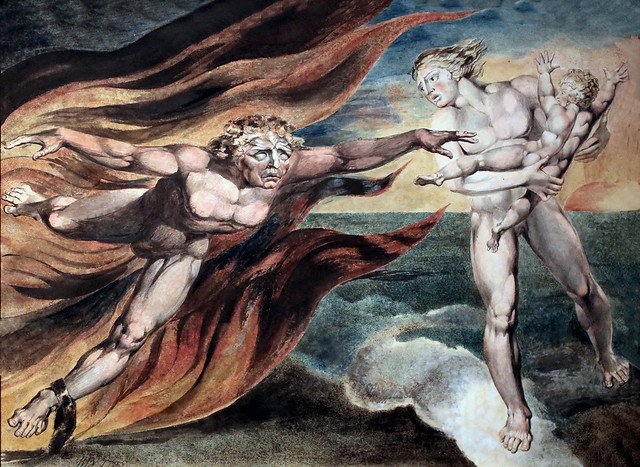 William Blake, “The Good and Evil Angels Struggling for Possession of a Child” (circa 1793-94)

Back in 1782, another poet, the rapturous, mystically inclined William Blake, wrote movingly about empathy in “On Another’s Sorrow.” In it, he makes a powerful case for empathy as a defining human characteristic that is vital and necessary precisely because it so closely mirrors the premier attributes of what he conceived as God.

Blake begins with these two stanzas, asking rhetorically whether it is even possible for humans not to be moved by another’s woe:

Can I see a falling tear,
And not feel my sorrow’s share?
Can a father see his child
Weep, nor be with sorrow filled?

Similarly themed questions follow, and then he closes, ardent believer that he was, with his description of the same empathy, sanctified by God him/herself and bestowed as a gift to all humanity:

O He gives to us His joy,
That our grief He may destroy:
Till our grief is fled and gone
He doth sit by us and moan.

Truly, we can be of little use to anyone in their time of need without the empathy that helps us identify with them as a fellow member of the human family, their suffering reflective of our own. But it is also true, in a way that Blake did not reference in this poem, that absent some impediment, empathy cannot just sit there inert, bathed only in kind words but no corresponding action to help relieve another’s suffering.

Sometimes, we can but weep by someone’s side, holding their hand in our own, and it must be enough, because it is all we can do. 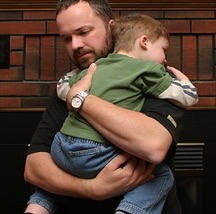 Other times, empathy is the prerequisite to specific actions we can and, I would submit, must take, as a moral imperative to forestall further suffering.

The difference lies in our ability to do something beyond uttering soothing words. If we do have that ability but fail to act out of fear or far worse, simple self-interest, then our empathy is an empty hulk, a pose, not fit for authentic human relations.

And it is these recent instances of mass shootings that point to a monstrous absence of true empathy on the part of legislators who know all too well the cost of their inaction, but accept it anyway because they fear the wrath of the NRA, or fellow legislators, or the small faction of voters who hold the most extreme views on gun rights.

I need not recite here the abhorrent statistics of gun ownership in the United States, which correlate perfectly with by far the highest rate of deaths by firearm of any nation in the developed world.

The data alone, much less the heartbreaking personal stories of family survivors, cry out for some type of meaningful, commonsense action to quell the continued slaughter of children and the adults who often die trying to protect them.

(And yes, sometimes it is adults who are specifically targeted, especially if they are black, or brown, or Asian. Sometimes, race is central to a shooter’s motivation; other times, mere mayhem is…)

What do we get instead from one of our two major political parties?

Complete stonewalling of virtually every gun safety proposal, no matter how minor, over decades now, along with repeated offerings of “thoughts and prayers” after every instance of carnage.

Also: recent suggestions from the likes of the Texas governor and the disgraced former president that we “harden the targets,” i.e. make schools into virtual fortresses, while also arming teachers with firearms so they presumably can trade shots with homegrown terrorists wearing body armor and firing away with assault rifles.

What are we to make of such people? What are we to make of the gun fetishism they proudly exhibit, their virtual worship of firearms as sacred talismans? Senator Ted Cruz, House Member Marjorie Taylor Greene and many others of their ilk practice fetishism as a standard part of their repertoire, Cruz jauntily frying bacon on his machine gun as he fires it at a shooting range, Greene in a campaign ad holding an assault rifle pointing to photos of her congressional counterparts. 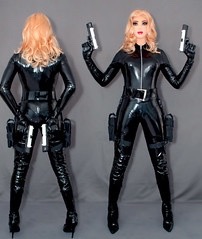 It is hard to imagine the hard-heartedness it requires to make a jokey fetish of lethal firearms used in most all of our now long litany of slaughters that have left families devastated and broken and a part of the nation’s own spirit and heart broken along with them.

Even at the level of fundamental, basic human decency, doesn’t Cruz realize how offensive and hurtful his seeming worship of lethal firearms is to families in Uvalde, Chicago, Laguna Woods, Buffalo, Pittsburgh, and Sacramento, just to name the last six mass shootings that involved loss of life since April 3? If he doesn’t realize it, he is appallingly absent a moral compass. If he does realize it, he is all the more contemptible for his cruelty.

And that’s not even to mention his and his cohort’s wanton bastardization of the Second Amendment’s avowal of gun rights for a “well-regulated militia.”

What exactly was “well-regulated” about Salvador Ramos’s purchase of military grade weapons last week? Had we somehow all missed his appointment to the Texas State Militia?

And the Senate will not move on any of these matters to help prevent or at least minimize the inevitable next slaughter? Why?

Because it lacks the numbers to overcome the equally inevitable filibuster on every one of them.

That is the fact of the matter, and every senator hewing to the minority leader’s decades-long stonewalling in obedience to the minority faction of his minority party that opposes any and all gun safety legislation is failing to do anything to right a grievous wrong, failing in the most basic test of empathy that defines us as human. 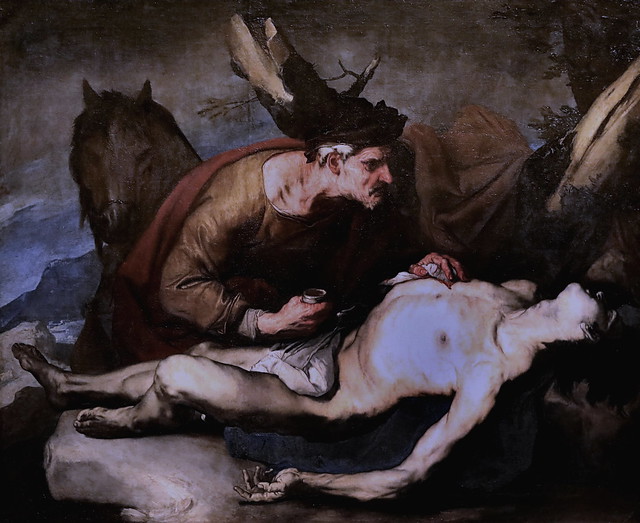 “But he, desiring to justify himself, said to Jesus, ‘And who is my neighbor?’ Jesus replied, ‘A man was going down from Jerusalem to Jericho, and he fell among robbers, who stripped him and beat him and departed, leaving him half dead. Now by chance a priest was going down that road, and when he saw him he passed by on the other side. So likewise a Levite, when he came to the place and saw him, passed by on the other side. But a Samaritan, as he journeyed, came to where he was, and when he saw him, he had compassion. He went to him and bound up his wounds, pouring on oil and wine. Then he set him on his own animal and brought him to an inn and took care of him. And the next day he took out two denarii and gave them to the innkeeper, saying, ‘Take care of him, and whatever more you spend, I will repay you when I come back.’ Which of these three, do you think, proved to be a neighbor to the man who fell among the robbers?’ He said, ‘The one who showed him mercy.’ And Jesus said to him, ‘You go, and do likewise.’”

Which of these, indeed. These were not hard questions Jesus asked. Nothing counter-intuitive designed to shake listeners out of their normal consciousness and behold the creation and their place in it in a new way.

Far more basic and direct than that: You see a person suffering, you stop, you look to help.

Followed by, “What can I do to help?”

And then you act.

Today, all of us common citizens can vote, can write, can march, can cry out and implore, but right now, in these coming days and weeks and months and (let us hope not) years, our legislators at all levels of government have the power to enact meaningful measures to help curtail gun violence in this country.

And almost as important, to signal that they care by being committed to doing, not just talking.

Will they be up to it?

And if not, what are all the rest of us to do?

William Blake painting, “The Good and Evil Angels Struggling for Possession of a Child,” from the public domain

Father and son by Squiggle  https://www.flickr.com/photos/stephenr/

“The Good Samaritan” painting by Luca Giordano, from the permanent collection at the Musée des Beaux-Arts, Paris

6 comments to What Now? From Empathy To Action