Who Would Be on Your Train? A “This Is Us” Tribute 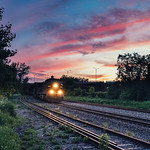 A  beautiful woman—the matriarch in the sprawling, multi-generational television show “This is Us”—is sitting alone, gazing out the window of a luxurious passenger train car. What appears to be a porter—well-dressed and dignified—looms over her shoulder, but before he says anything, she informs him she is waiting for someone.

But then she launches into an impromptu reminiscence on her long-dead father’s love of such trains, and his promise that someday the two of them would journey on one. Whereupon she looks happily up at the porter and invites him to “sit with me.”

Soon, she is asking him to recite a poem they both apparently know, and it becomes obvious they are familiar with each other. Then, courtly as it is possible to be, he asks, “Would you like to go to the bar car with me, Rebecca?”

Now she repeats that she is waiting for someone, and he replies, “I know.”

And he rises, inviting her to follow, and she does.

Rebecca, pictured on board the train in all her 30s-ish prime of vitality, is in actuality on her death bed, and this train is the setting of her final dreamscape as she prepares for her ultimate departure.

So begins the remarkable second-to-last episode of the critically and popularly acclaimed six-season run of “This Is Us,” the NBC television series that follows the Pearson family in an emotionally intense, flashback-upon-foreshadowing saga that at its worst is high-level melodrama and at its best earns viewers’ every tear with perhaps the most honest, raw, and psychologically nuanced depictions of the basic human struggle for identity within the family unit ever to grace the screen, large or small.

But before we levy any more well-deserved plaudits upon the show and its creators, let’s get back on that train. 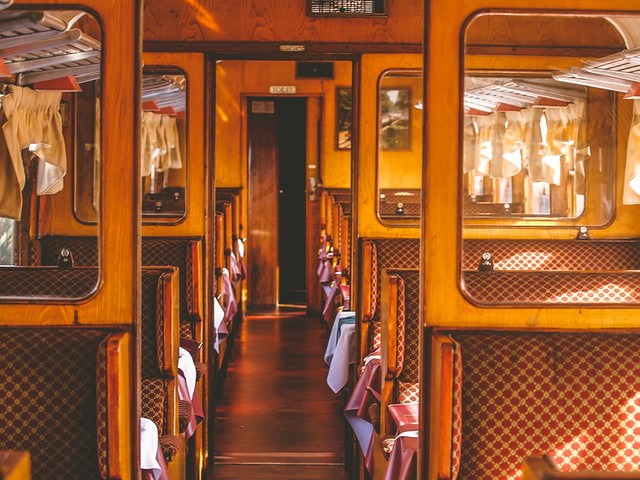 The porter escorting Rebecca to the “bar car” is William, the birth father of her son, whom he had left abandoned, for many complex reasons, on a fire station doorstep hours after his birth many years before. The firefighter who discovered the infant had taken him to the nearest hospital, where, as it happens, Rebecca had just given birth to triplets, one of whom, a boy, was stillborn.

And into the nursery comes this abandoned neonate. Who happens to be black, there next to Rebecca and her husband Jack’s two surviving (and white) children, a boy and a girl.

This is the initial plot point that got “This Is Us” and the Pearson clan rolling through its 106 episodes of early death, accident, addiction, abandonment, illness, the quest for racial and sexual identity, divorce, war, physical impairment, teenage rebellion, failed businesses, the ravages of age…and no small amount of fierce, tender and complicated love.

All of it with lavish musical accompaniment (the series is a showcase for heart-tugging tunes, example below) and emotion-spiking drama that some critics accused of being a tad more sentimental than necessary.

For this viewer, the epitome of those “narrative gymnastics,” in its very best sense, is the metaphor of the train in the series’ penultimate episode. 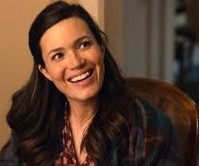 The person Rebecca is “waiting for” is her daughter, who is in Europe, frantically trying to get home in time to be there as Rebecca passes from this earth. That’s because Rebecca, pictured on board the train in all her 30s-ish prime of vitality, is in actuality on her death bed, and this train is the setting of her final dreamscape as she prepares for her ultimate departure.

As William escorts her into the bar car, we behold the noble and wise doctor who delivered her live babies and played such a vital, supportive role in the followup care not so much of the newly formed triplets, but of Rebecca and her husband Jack as they struggle to come to terms with grief over their loss and the almost eerie immediate “replacement” of the lost infant.

The doc is tuxedoed behind the bar and she asks for a drink that her father had promised her in the long ago, a wish finally fulfilled.

They exchange heart-felt remembrances and Rebecca manages just one sip of her drink before William reappears, and it is on to other members of her family in adjoining cars, all of it interspersed with flash-forwards to her death bed as a 70-something-year-old.

And so it proceeds, one car and person and memory set at a time.

In a time warp, actually, a final reckoning, both body and soul drifting now, caught halfway between heaven and earth, heaven being her soul awash in memory and gratitude, earth being her body finally releasing from its mortal encumbrance, to which it clings now by the barest tether—of awaiting her daughter’s arrival.

At show’s end, we found ourselves asking the emergent question: “Who would be on our train?”

Who would we seek to conjure there? 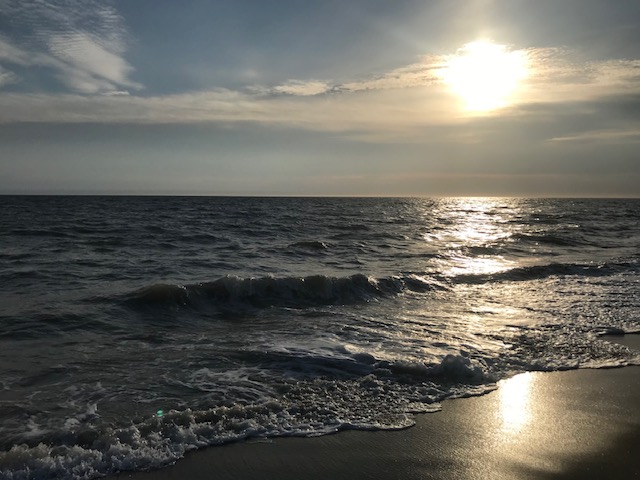 No one has ever come back from the dead to tell us what their last moments of consciousness and transition to an unliving state were like. (No disrespect intended to those who report experiences of near-death only to return.) So we know nothing about it scientifically.

Rather like religion, then, it is left to the imagination to bring poetic meaning and depth to the bathed-in-mystery experience of dying.

And in this, as in so many other matters enabled by the great emotional intelligence and psychological acuity of “This Is Us” creators and actors, the image of a dying person traversing train cars filled with the beloveds of one’s life seems utterly inspired.

Sure, it’s everyone’s dream to be able to say full-on good-byes to beloveds, to square accounts, express the gratitudes.

When we can do this consciously and verbally, all to the good—which is why there is good reason to live in gratitude, because truly, we never do know whether this may be the last time we see someone. (“If I should die before I wake…”)

But the question resounds: Who would be there in the forward train cars as we make our way to the end of the line? Who would we want there? Who should be there if we desire a full accounting of our lives?

Rebecca says personal good-byes to a goodly number but not all the seemingly thousands (O,K., dozens…) of family members who were chronicled by a team of scriptwriters who somehow found the screen time to lavish attention in emotional and dramatic detail upon all of them, across multiple phases of their lives. (Look-alike child actors were brought in to play each actor’s younger self, while makeup artists took care of credibly aging characters’ adult selves across some 30 years.)

But what about beloved friends? Mentors no longer in your life but having shaped it in myriad ways?

Once treasured relationships gone awry or simply drifted away, but no less (or perhaps even more) impactful for what it revealed about them, about you, about life itself in all its messiness and glory?

One could do worse than to reflect on such matters as an imaginative exercise, holding close to heart the world-and-soul-shaping power of the flesh-and-blood people who have shared in the construction project of your one-and-only Self that makes its way through and eventually out of this precious, heart-breaking and beautiful world.

Tags:  expressing gratitude, saying good-bye, This Is Us appreciation, This Is Us train scene analysis, train symbol in dreams

5 comments to Who Would Be on Your Train? A “This Is Us” Tribute