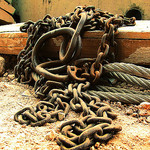 The God of the Old Testament and the Allah of the Koran exude violence and torture just about anywhere you care to open a page in those hallowed books. Holy warriors bombing abortion clinics and jihadists beheading infidels gather all the supporting scripture they need to sanction their heinous activities.

But as much of the Christian population tirelessly points out, the New Testament turns the page on most all talk of vengeance and wrath, introducing through its central figure of Jesus an entirely new vision of grace, forgiveness, pacifism and humility.

Save for one scene of an extremely pissed off Jesus upending the tables of moneychangers in the temple and shouting at them to get the hell out of his house (slight paraphrasing there), Jesus’s central and persistent message was embodied in now iconic  pronouncements such as:

“Do not repay evil with evil.”

If your enemy strikes you on your right cheek, turn to him the other.”

“Blessed are the peacemakers, for they shall be called the children of God.”

“Love your enemies, do good to those who hate you, bless those who curse you, pray for those who treat you badly.”

Not a lot of room for an interpretive dance in those passages that would sanction leaving a prisoner shackled and naked on a concrete floor where he dies of hypothermia, is there?

As the Steven Stills lyric had it decades ago, “Jesus Christ was the first non-violent revolutionary.”

So let that be the end of any absurd notions that the spirit of Jesus hovered above the CIA torturers, gently guiding their hands in righteousness as they poured yet more water into the gaping, bubbling mouths of their victims.

From a religious standpoint, Cheney, Bush, and the entire apparatus of government that sanctioned torture activity went utterly rogue in this matter. Torture is profoundly unchristian. 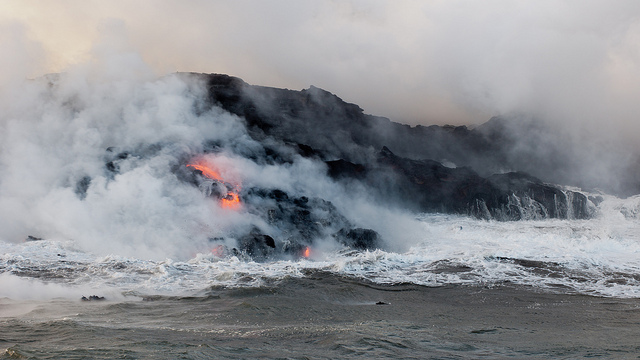 But let us here ask some difficult questions of ourselves. Former Vice President Cheney, he of the unflinching moral certainty in all his views (“If you’re a man of principle, compromise is a bit of a dirty word”), is no doubt fueled to some degree by true concern for the safety of his fellow countrymen and women. Let us grant him that much.

And let me also note this: If my daughter were being held in a Mideast dungeon and I had incontrovertible proof that the captive in front of me had information that could free her, would I torture him to extract that information?

(Of that, too, am I capable; I contain multitudes…)

But the further down that incontrovertible certainty scale one goes, the trickier things get.

Would I proceed with torturing a person if I knew with 90% certainty he had the information I was seeking?

In other words: Where is my line? Where is the point at which I can essentially refute all the core principles of kindness, compassion and non-violence I build my life on, turning from there to a stark raving animal bent on one thing alone: the safety and freedom of those whom I hold most dear?

And if we extend to Cheney the presumption that as an elected representative, he was charged with protecting the American people with all the ferocity with which I would protect my daughter, then can we somehow, if not excuse, at least understand and contextualize the absolute certainty he harbors that waterboarding and other barbarisms perpetrated in our name are somehow excusable and justified in the dark times of a broken world?

Perhaps. But there is a problem with this line of thought.

We must note that the law—and we are still a nation of laws, yes?—requires dispassion and distance from the ferocity of an aggrieved party. There is a reason why the families of murder victims are not allowed to conduct interviews of suspects or serve on the juries trying them. However much Cheney and Bush took on parental roles in defending the American people under their charge, they were also pledged as publicly elected leaders to uphold the law. 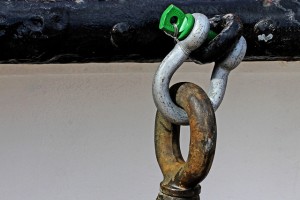 Then there is the private matter, though publicly on display, of their duty as Christians to follow the precepts of their faith. From a specifically religious and Jesucentric context, it is impossible to mount an intellectually and morally viable defense of torture.

True, there are gradations of such activity on which reasonable people can disagree. Even verbally berating a suspect or witness as commonly seen on television crime shows would appear to some tender souls as unconscionable. (“Daddy, stop being so mean to that man!”)

But waterboarding? No one could watch or even imagine that activity and convince themselves it is anything but torture and about as far from “loving your enemies” as it is possible to go.

There is one other point on which we can be even more certain that the Cheney-Bush doctrine of unapologetic torture departs severely from widespread religious sensibilities and are in the starkest possible contrast to the teachings of their own faith’s salvific figure. That would be in its absolute certainty, its utter lack of doubt, questioning, ambiguity or humility.

Cheney again, on being asked whether he had any concerns with documented cases of detainees being erroneously locked up and tortured, though not in possession of any information that would help prevent future terror attacks:

“I have no problem as long as we achieve our objective.”
“I would do it again in a minute.”

No hesitation, no reservation, no regret. Does the fact that even innocent people were among those detained and tortured, caught in a Kafkaesque nightmare of indefinite detention without charges, bother Cheney even one little bit? Some slight tug on his conscience, a sense of, ”Yes, regrettably, some innocents suffered, mistakes were made, war is hell, I am sorry.”?

Instead, “…no problem as long as we achieve our objective.”

For Cheney, there are no human beings in that equation; zero concern for wrongly accused innocents caught up in the maelstrom of fear and desperation that fueled our country’s anti-terror efforts in the immediate aftermath of 9-11. No trace of self-examination, of his hands regrettably soiled by the business of a dirty world. 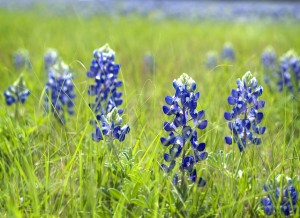 You can search a long time and still come up empty for any trace of “Blessed are the merciful: for they shall obtain mercy” when reviewing the Cheney archive on this matter. Nor any echoes of Paul’s Epistle to the Colossians: “Put on then, as God’s chosen ones, holy and beloved, compassionate hearts, kindness, humility, meekness, and patience.”

Humility…meekness…patience. These and other qualities of the religious life become easily waylaid when we perceive a threat and cloak ourselves unwittingly in fear. But those are the very times when our core values are required and tested. Is religion to be confined only to mouthed platitudes and songs on Sunday morning, then swept away in a perspective of “I have no problem as long as we achieve our objective” the very minute that the world presents us with the challenges that it inevitably will?

As a nation founded upon the rule of law and its underlying moral context, we do well to embrace the humility and to practice the mercy expounded so clearly in the founding text of this country’s dominant religion, to which the likes of Dick Cheney and George Bush have purportedly pledged their fidelity.

In that religion, it is a travesty to view torture any other way than wrong, indefensible, and clearly a sin.
***
A Tibetan singer-songwriter who sang it true and suffered for his efforts—be sure to read the commentary just below the screen:

If you’re on Facebook, see my public page “mini-blog”—a brief daily dose of inspiring words and images from the world’s great thinkers and artists, accompanied always by lovely photography.  http://www.facebook.com/TraversingBlog

5 comments to Would Jesus Be a Waterboarder?