Last night, at the end of my viewing “The Social Dilemma,” a documentary now streaming on Netflix that launches a howitzer at the purported addictive evils of modern social media manipulation and the technologies that enable it, up popped on my screen one of those “You might also like” blurbs that are attached to most every piece of media these days. They’re designed, of course, to keep us glued right where we are rather than take the dog for a walk or finish up the dinner dishes or read a bit of poetry from a paper book before turning off the bedside light.

“Hmmm,” I said to self, while warmly considering the walk down the hall to the bedroom—“I’ve never seen (the 2005 Bob Dylan documentary) ‘No Direction Home’…maybe I’ll just peek in on the first 10 minutes!”

Two hours later (it was now midnight), I paused it for a moment and saw on the screen that there was an hour and forty-eight minutes still to go, so I finally (and reluctantly) turned it off and trudged to bed.

Not without my laptop, though, because I’d come across a couple of Dylan songs in the movie that I’d never even heard before, and via the glories of You Tube and Google, I wanted to give them another listen and find out more about them.

Two more hours after that, I finally (and reluctantly) turned out the light, feeling still restless and curious but thinking my sleep would be completely wrecked if I persisted in perusing Dylan songs and commentary, as well as the life and death of Medgar Evers (whom Dylan sang about), and the lives and music of Peter, Paul & Mary, which I had suddenly developed an avaricious curiosity about back around 1:15 a.m. or so. Links to their work had been just below another Dylan song that they had covered, and I really wanted to see what they did with it. 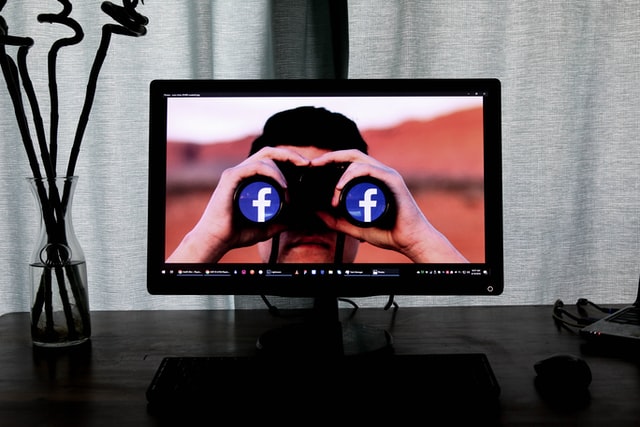 “The Social Dilemma” is rife with such ironies, combining as it does all the refined propagandistic tools of cutting edge technology with sweeping generalization, selective, one-sided argument, and “expert” talking head refugees from various social media platforms (Facebook and Google most prominently), who intone against the dire threats posed to the human psyche and civilization itself by their former employers.

As one of the expert social media apostates intones, ‘We’re all lab rats—and not in order to help cure cancer, but to look at more ads so advertisers can make more money.’

Most interviewees are filmed sitting on a stool against a stark background, nothing on the walls of a large, attractively lit cement room that would resemble a prison were it not for the fact that no prisoner would ever have such an expansive, shrewdly artistic setting in which to hold forth on the doom that awaits viewers unless they delete Facebook, Instagram and Twitter the moment they rise from their couches. (And then vow to dramatically reduce their dependence on the smartphones that had lain beside them the whole time they had been watching this screed against all that ails us.)

A darkly foreboding piano riff plays just underneath their warnings of a kind of zombie apocalypse that awaits human civilization, with us as the unwitting zombies, addicted, brainwashed and algorithmed to death as we stagger through our unconsciously beholden, violence-riddled, ultimately mindless lives.

Inserted into this tableaux of sober documentary realism is a dramatization that follows a nice suburban family rendered dysfunctional by an evil cabal of programmers dedicated to keeping the kids’ eyes fixated on their machines, tracking their Likes and other, equally inane barometers of their worth as human beings. This part is corny, but consistent with the main storyline: Mark Zuckerberg & Co. are out to squeeze every last penny and minute out of your life, and our society will soon implode unless you Just say No!

Now, let me say this: There is no doubting that social media—all media, actually—can lead to addictive and even destructive behaviors (to both self and others). And the tools of modern social media, convenient and ever-available as they have become, magnify these effects to potentially alarming levels.

None of us is immune to the power of artificial intelligence (AI) and its ability to track, catalog, and digest every single click we ever make on the truly “worldwide” web and then use that information to develop ever more acutely targeted profiles of our habits, passions and predilections. Then they sell that profile to advertisers just waiting (and paying) to get their wares in front of us.

As one of the expert social media apostates intones, “We’re all lab rats—and not in order to help cure cancer, but to look at more ads so advertisers can make more money.”

Or as many digital era commentators have repeated ad infinitum about the social media world: “You’re not the user—you’re the product.”

When one walks through a high school or college campus or beholds hordes of human beings disembarking from trains or buses—every last one of them staring at phones or walking with blank expressions, earbuds firmly in place—or sees a gaggle of young people grouped together in eerie silence, all of them phone-transfixed and mute—it’s easy to see how this might have ultimately negative effects on human sociability. 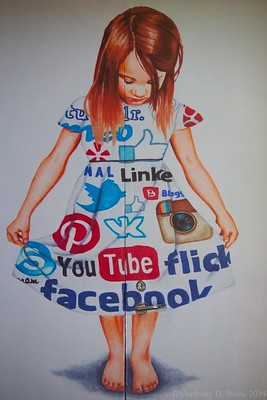 And that’s not even to mention—though “The Social Dilemma” does, with great alarm—the pernicious effects of government, or virulently anti-government, propaganda campaigns launched and sustained via social media, all designed to fan flames of hatred, intimidation and misinformation. We have seen this everywhere now, from China to Myanmar, Brazil to the good ol’ US of A. (Please leave us alone as we vote this month and next, Mr. Putin…)

The film makes clear that probably chief among the ills of social media is its algorithmic base that winds up knowing us almost better than we know ourselves, and then personalizes what it presents to us by feeding us more and more of the same—and worse.

The effect, besides getting us to buy items the targeted ads dangle in front of us, is to confirm and even intensify our biases, aligning us with others of like mind around a kind of digital campfire, going full tribal against the tribe huddled on the other side of the mountain, viewing diametrically opposite materials than we are.

“Here!” say the demonically targeted algorithms, shoveling more hot coals on the resentments and suspicions boiling inside each of us. “You are sooo right! And check out this You Tube clip that tells you a lot more about it!”

Clearly, the sometimes dreaded word “regulation” needs to come much more into play, as it already has to various halting degrees, if we are to minimize the power of the most pernicious and malevolent forces who have seized upon social media in the cause of violence, discrimination, or unfettered capitalist greed.

But in its dark warnings of impending doom from forces never before seen in human history, “The Social Dilemma” is both overly simplified and alarmist. It almost completely ignores the extraordinary benefits we also accrue from these head-shakingly revolutionary tools to disseminate knowledge and enhance human communication and connectedness.

And it also ignores the fact that human life and societies haven’t exactly been a big bowl of peaches around which unbiased, cheerful people of goodwill have been gathered to share in the bounty of the earth until social media wrapped its tentacles around our unwitting minds not even two decades ago.

Propaganda, hatred, ignorance, addictions and riven societies long predated Facebook and Twitter, after all. At one point in the film, an off-camera interviewer asks a disaffected expert what he fears might happen if we continue on our present, social media-abetted course of hardened, begrudging camps occupying the left and right extremes of our politics.

Oh, you mean like the one we fought 160 years ago, after the technological evils of the printing press and train travel caused us to despise each other and forsake all that had been only good and peaceful in our society until then? 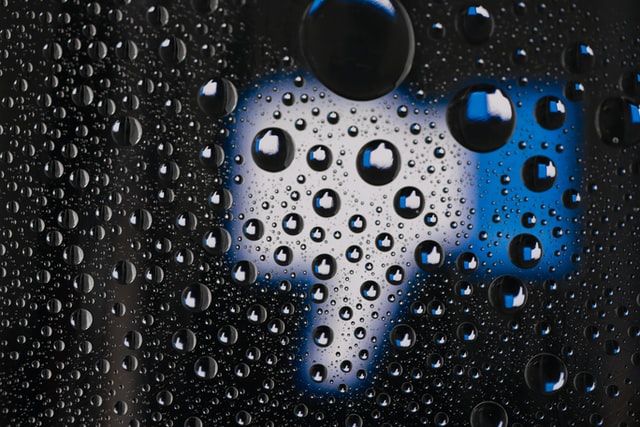 Looking at some of the scenes of unrest and violence “The Social Dilemma” lays at the feet of Facebook, Twitter and Google, one can easily forget the thousands of years of violence that preceded social media, along with the now billions of users who employ it for other purposes altogether: to spread helpful, interesting knowledge, start Go Fund me campaigns to help neighbors, keep up with their kids, grandkids, nieces and nephews, research topics at the drop of a dime, settle fun bets at the dinner table via a quick Google search, ad infinitum.

Yes, social media can and has been put to evil uses—just like every tool ever invented and presented to humankind as an enhancement for our lives.

The wonders of jet travel—“Let’s go to Paris this summer!”

Life-threatening misinformation, and chat rooms to hatch plans for slaughter.

It has been ever thus, with every previous technology, and always, we have scratched our way forward—often via additional technology and surely with needed regulation—to minimize all such progress’s pernicious side effects while folding the progress into our lives.

It won’t be any different, I don’t think, with social media and the various implements that convey it.

Yes, the scope of it all is intensified and accelerated, like everything else in modern life. And our lives may feel like they’re reeling a bit as we grapple with how to adapt.

But humankind has been grappling with one seemingly mortal threat after another since we first started huddling in caves for warmth and united resistance to predators. We’ve been extraordinarily skillful at figuring out survival strategies all along, though.

Now, so much seems to be pressing in on us that we are tempted to think, “This time is different! The apocalypse really may be here!”

And so it may. But I wouldn’t bet against us just yet, and certainly not on the basis of an intriguing, worthy, but needlessly alarmist film that, while making important points and posing substantive challenges for our future, uses all the finest technologies of modern persuasive propaganda to inveigh against the very tools that made their own work possible.