A Question From Marilynne Robinson: “What Are We Doing Here?” 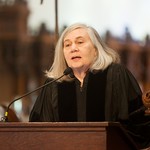 So the United States, with plenty of company from around the world, is going through a terrible time. A devastating and wearisome pandemic, renewed inflation, climate change and its associated weather catastrophes, a reinflamed battle over abortion, a fight seemingly unto death over the very nature of how we acquire knowledge, see reality and practice democracy.

It’s hard to find optimists out there, and I wouldn’t claim you’ll discover a raging one in eminent novelist and essayist Marilynne Robinson either.

What you will find throughout her work, though, and quite specifically in the title essay of her 2018 collection, “What Are We Doing Here?”, is a meticulously crafted case for the beauty and necessity of the humanities, and a passionate call for realizing the “grandeur” that, right along with our atavistic struggle for survival as high-functioning animals, is part and parcel of our humanity, if we can only give it the oxygen and uplift it needs.

In Robinson’s eyes, there is no small measure of nobility in the effort to overcome or at least understand failings in ourselves and others, and in the sheer endurance and good intentions required to continue trying.

Now 78, Robinson is the author of five novels and seven non-fiction works over a 40+ year career that included a lengthy teaching tenure at the University of Iowa before retiring from there in 2016. Her body of work was the subject of my very first blog post nearly a decade ago, so just follow the link should you desire more extensive background on her (especially her gorgeous fiction) that I will not repeat here.

Let us instead set out to think along with her as she ponders answers to what, upon all due consideration, I’ve become convinced is my favorite question in the world.

It is also one that I suspect we could all profit from if we asked it of ourselves and our intimates every day (maybe twice) for the rest of our lives: “What are we doing here?”

And for an extra rhetorical flourish,”Good God almighty, just WHAT are we doing here?” 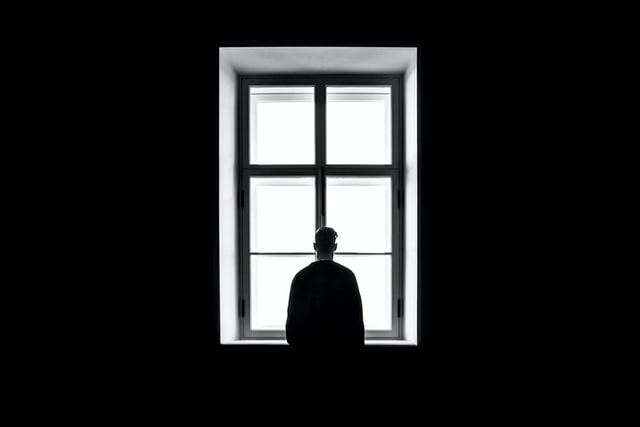 The essay itself is taken from a 2015 address Robinson presented to a public audience at Liverpool Hope University as part of an annual lecture series in memory of the British poet and Jesuit priest Gerard Manley Hopkins (1844-1889).

The beauty of the title question is that it resounds in both a time-bound, particular way (What are we doing at this meeting? What is our goal for this class? What have we come together to accomplish today?) and in a more timeless manner of philosophical and theological musing. (What is our purpose in this world? How did we get here? What are we charged to do?)

It’s worth noting that following Robinson’s line of thought is no easy stroll in the park as she builds a case not only for humanity at large but the very particular human beings who make up that body.

But it is a measure of her respect for public discourse that she never talks down to her audience, never thinks them incapable of grasping her sometimes complex weaving of history, literature, the arts, and the emergent technologies that both allowed for the great expansion of those domains but also, in many insidious ways, deposited them in academic and cultural ghettos as second-class subjects, with insufficient commercial and utilitarian appeal to merit broad attention.

“Our great universities, with their vast resources, their exhaustive libraries, look like a humanist’s dream…But there is pressure on them now to change fundamentally, to equip our young with what the Fabians used to call ‘brain workers.’ They are to be skilled labor in the new economy, intellectually nimble enough to meet its needs, which we know will change constantly and unpredictably. I may simply have described the robots that will be better suited to this kind of existence, and with whom our optimized workers will no doubt be forced to compete, poor, complex and distractible creatures that they will be still.”

This gives us a chilling picture of the new “brain workers” as cloistered in offices (or these post-pandemic days, still in their spare bedrooms at home), writing code or marketing plans and destined to compete with robots in a way not all that different than the laid-off assembly line workers or bridge toll-takers of yesterday.

“Why teach the humanities? Why study them? American universities are literally shaped around them and have been since their beginning, yet the question is put in its bluntest form: What are they good for?” 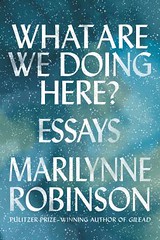 She finds some answers as close as the books that sit in her lap for her own reflection, the probing questions and papers of her own students that reflect their emergence as rounded human beings, and one day, in the words of her cab driver “who had spent years in prison. He said he had no idea that the world was something he could be interested in. And then he read a book.”

And like many other American scholars, she long ago discovered Alexis De Tocqueville, the French intellectual who greatly admired American society and its democratic spirit in the 1830s. After intensively studying Americans and American life for nearly a year, he proceeded to write a two-volume work, “Democracy in America,” that is regularly cited nearly two centuries later by historians of every stripe as a constant and relevant source of insight.

De Tocqueville saw the U.S.’s professed (though certainly not always applied) egalitarian spirit as a conduit for the kind of education of the masses that was largely unavailable in more class-based cultures around the world. The wider dissemination of humanist expression inherent to a robust democracy and projected in our educational system and the public square had multiple salutary effects. Among them, he wrote:

“Poetry, eloquence, memory, the beauty of wit, the fires of imagination, the depths of thought, all these gifts which heaven shares out by chance turned to the advantage of democracy and, even when they belonged to the enemies of democracy, they still promoted its cause by highlighting the natural grandeur of man.” 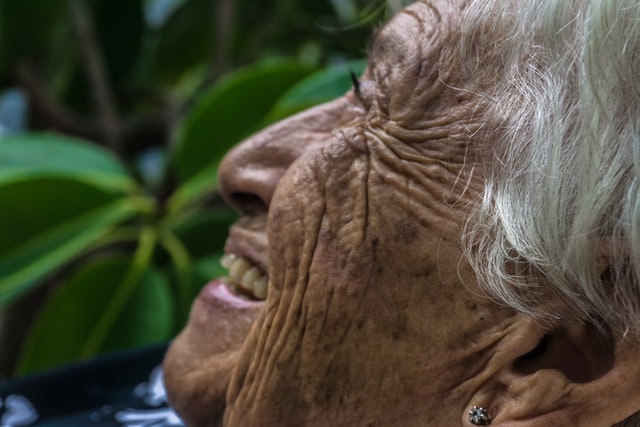 Ah, yes: “the natural grandeur of man.” (And wo-man, as shown above.) Robinson seizes on this line because it so reflects her liberal Christian sensibilities, which she deeply explores in many of her own fictional characters, flawed and partially blind though they be to their own failings.

In Robinson’s eyes, there is no small measure of nobility in the effort to overcome or at least understand those failings in ourselves and others, and in the sheer endurance and good intentions required to continue trying.

None of these qualities, alas, come with dollar signs of value computed and attached to them with a bar code.

And it is here, in this shrinking of the world down to models of strict utilitarian market value, that Robinson most bristles (albeit in her usual dignified, reasoned way).

“The logic seems to go like this: To be as strong as we need to be we must have a highly efficient economy. Society must be disciplined, stripped down, to make us achieve this efficiency and make us better foot soldiers. The alternative is decadence, the eclipse of our civilization by one with more fire in its belly.”

Thus the overflowing business schools and shrinking humanities faculties on American campuses. (English majors declined 25.5% from the 2007-09 Great Recession through 2019.) And an ethos that emphasizes a squinty-eyed competitiveness that almost inevitably makes boogeymen of its most serious counterparts and machine-like 24/7 combatants of its own strivers for “excellence.”

In the end, Robinson is careful not to embrace the notion of decline that has been the conceit of virtually every generation in history and could be hers, too, if she saw books and arts, history and human dignity beaten down forevermore.

But she has more faith in history and the endurance of the human spirit than that. (More than me, too, on my wavering days…)

Concerned and observant but never distraught regarding the coarseness of the present age, she takes a longer-term view of at least a somewhat eternal return, more in accord with the rhythms and cycles of all things in this world:

“If the rise of humanism was a sunrise, then in this present time we are seeing an eclipse. I take it to be a merely transient gloom, because the work of all those old scholars and translators and printers, the poets and philosophers they recovered and the poets and philosophers who came after them, the habit of literacy and the profound interest in the actual world and the present time, have all taken hold, more profoundly than we know. We have not lost them. We have only forgotten what they mean.”

Robinson giving the opening convocation address at the University of the South, 2013, courtesy of https://www.flickr.com/photos/sewanee/

6 comments to A Question From Marilynne Robinson: “What Are We Doing Here?”