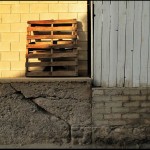 Pretty much the entire fiction industry is built on this mess, as is the self-help industry and no doubt the liquor and pharmaceutical industries as well. The difference is that the latter three industries make their billions promoting the factually challenged assertion that the mess is fixable—just one more seminar or pill or exquisitely crafted cocktail away—while the fiction industry stares the mess in the face and proclaims it worthy of exploration, but rarely amelioration.

Novelists approach the mess that we are from different perspectives, to be sure.

Marilynne Robinson brings her firmly rooted liberal Christian charity into play in surveying the mess with a certain tenderness and her tradition’s moral imperative for forgiveness. She cradles her characters in her arms, offering them a hard-won redemption not because they become perfect and whole, but precisely because they do not. Unblinkingly examining that unwholeness and exposing it to the light is her way of conferring grace—the novelist as God of her own domain.

Contrast that with Phillip Roth, who, for all his humor, often leaves his tortured characters (and thus his readers) in a darkened alley with a prominent “No Exit” sign blinking from both ends.

Rather than redemption, Roth offers grim barking laughter and mere glimmers, at best, of insight into this morally confusing, ethically unmoored post-modern world, which comes with its own dark exhilaration for those willing to take a plunge. “For a pure sense of being tumultuously alive, you can’t beat the nasty side of existence,” muses his uber-lecherous protagonist, Mickey Sabbath in Sabbath’s Theater.

Actually, even the prospect of eternal peace in a conscious hereafter leaves me feeling vaguely itchy and ill at ease, as in the recent spate of first-person accounts trumpeting the “reality” of heaven with its searing light, bands of roving angelic choirs and long-lost relatives (including my scruffy pet dogs), all reunited and waiting for me in the clouds. If I face that situation and am bequeathed with any druthers at all, I suspect I will make a 180-degree pivot and grasp post-haste for the rappel lines back down to this tragedy-laden sphere of flesh, bone and pain.

It’s true that darkness is dangerous, can even become an obsession and turn to depravity, but that is quite the opposite of Hillman’s efforts to cast light on the full spectrum of human consciousness in order to better understand and perhaps defuse its hold over us. (I’m not so sure about Roth, whose Mickey Sabbath takes darkness to heinous comic extremes that bring to mind the nihilism of Marquis de Sade and the shoulder-shrugging amorality of a Quentin Tarantino film.)

Ultimately, it is only in our fragmentation, our brokenness, our falling upon falling, that we can begin to understand what the landscape of wholeness might actually look like. And the view from here suggests it won’t be tied up within a tidy little bow of unruffled peace, but instead be a naturally flowing force of dark and light, confusion and satisfaction, howling Arctic winds and calming Mediterranean sun.

Each in its season, its time, its insistent interruption of anything pretending to a smug permanence not meant for this world.