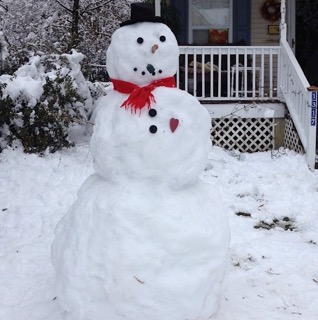 See that snowman at the top of this post? It was not 90 degrees when I took that shot, but that was here in Durham, too, where once or twice every winter it gets cold enough to leave the city in a lovely blanket of white.

But it’s the everyday weather that is so much more intense and dramatic and variable here, which fosters an appreciation and acceptance that can get you through the hard parts—such as being wet all the time, every day, if you’re outside for more than about five minutes through the warm months. 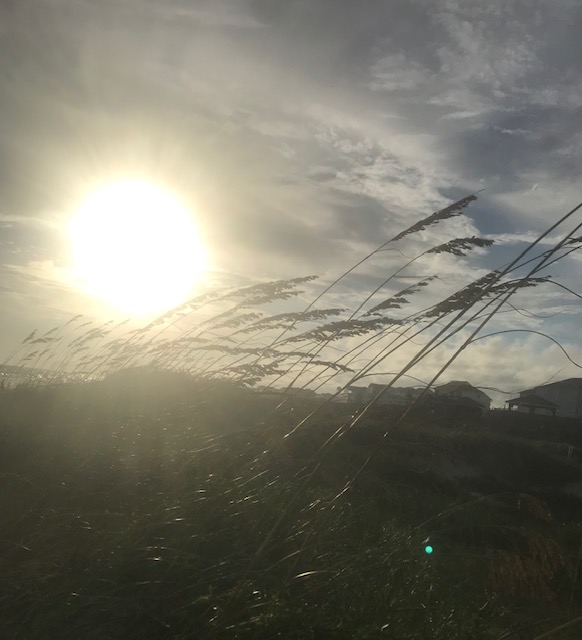 People tend to move slower throughout the South, and most certainly in summer. No one skitters around like a bug when there’s high heat and humidity, just as we tend to put our heads down and add some urgency to our step in trying to ward off the cold and wind of a northeastern winter.

All manner of cultural and psychological differences flow from those elemental variations.

I still miss the fog rolling in from the coast at 5 p.m. and sticking around till 10 the next morning, its fingers creeping into the crevices of the hills overlooking the Golden Gate Bridge when I was bound for the City.

And the vineyards ablaze with fall light rather than fire.

And the forbidding coast, with its icy waters and often treacherous waves and currents.

13 comments to An Homage to Durham Weather, One Year In…