And in the End, Love: Matthew Richardson’s Gay “Hallelujah” Dance 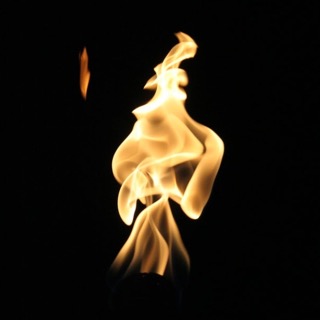 One of the great temptations in this Age of Vitriol is to grow so weary and exasperated that we seek release, turning willfully away from the darkness, covering our eyes and ears to all that we fear is gaining an upper hand every time we dare tune into the State of the World.

“Can we talk about…politics for just a minute?” is a common refrain across dinner tables and Happy Hours, rendered tenuously, though with an underlying urgency, as we seek to balance the competing needs for engagement and retreat from the ever-present, often oppressive affairs of the day.

The dilemma: We can’t bear to look, and we can’t afford to look away.

Along that continuum, we seek our daily comfort, our solace, our need for joy and play, balanced against our responsibility to do what we can to help lighten the wearying weight of the world.

“Beauty is truth, and truth beauty,” wrote John Keats in “Ode to a Grecian Urn” in 1819, countering the notion that the aesthetic domain is somehow frivolous and of no help to the affairs of the day.

Profound works of art make Keats’s thesis come alive, embodying loveliness and transcendence and emotional truth that move the world. Such works inform and provoke and lift the spirit, standing on their own legs as sources of inspiration both timeless and wholly relevant to their time.

And so it is that we come to Matthew Richardson’s gay “Hallelujah” Dance. 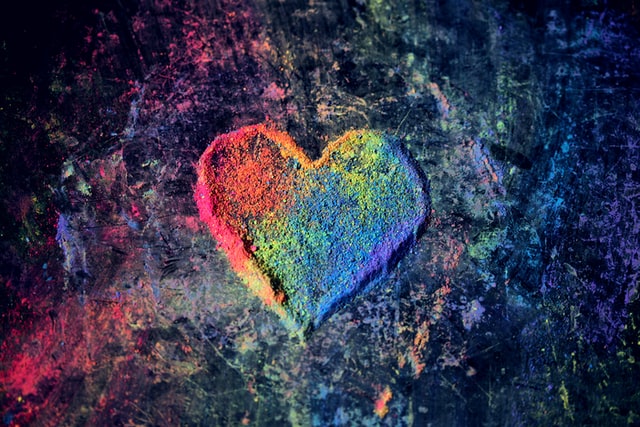 There are many things to admire about this five-and-a-half minute dance film, rendered with all the artistry and loving attention of a full-length feature. (Feel free now to scroll down and watch the video before returning, or stay and pick it up afterwards.)

The official subtitle, “Gay Love, Hate & Religion,” is overstated to the degree that “hate” occupies but a trifling few seconds of the work, while love, the purported underpinning of all religion, dominates all the rest.

The setting is a classically beautiful Catholic church in Montreal: the Church of St. Pierre Apôtre (St. Peter the Apostle). A scantily clad and muscular young man (Richardson, a former Cirque du Soleil performer) is poised at the center aisle, beholding the stained glass, the hovering, somber statues, the beckoning, beatific altar where we see almost a mirror image of him, slightly blurred, awaiting.

A statue shot of the fallen Christ, his head cradled by the Virgin Mary, is the very portrait of suffering, compassion and love, its beauty intruded upon by three fast-moving video scenes of contemporary street brawls and images of offensive hate signs in front of church buildings.

That’s about it for the hate, though, as our young man keeps walking solemnly forward, as one does in a house of worship. Just past the crucified Christ, one more video flicker of a street fracas precedes the completion of his poised and peaceful walk up the aisle.

This is his church, a place of beauty and repose, where he belongs.

Richardson, like all gays, could have been forgiven for engaging in the religion-bashing that serves as a kind of currency in much of the secular world. Religion certainly provides an abundance of inviting targets. 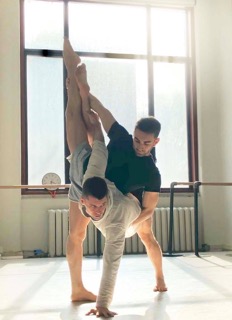 But this is not a work that points an aggressive finger at the failure of organized religion—and the humans who comprise it—to live up to its ideals. That failure is a given, it being a human enterprise. The truth of that failure is, after all, at the very heart of the crucified Christ. And of Matthew Shepard, savagely beaten and hung from a barbed wire fence on a cold Wyoming night in 1998.

And of so many others, over so many millennia.

It is the story of all those oppressed and dehumanized, all those not cleaving to certain virulently enforced norms, all over the world. The oppressors, with literally the power of life and death in their hands, come from all walks and stations in life, including organized religion.

But Richardson is after a far deeper statement here than scorning the church’s hypocrisy.

Slowly approaching his friend (Arthur Morel Van Hyfte) toward a kind of sacred tryst, he has an answer for all the savagery, for the failure of people and institutions, churches and governments, families and communities, to protect the vulnerable and accept the different.

That answer is in the beauty and necessity of love and kindness, openness and compassion, writ large on this stage that he sanctifies with the beauty of his and his partner’s bodies and their expressive motion.

He is, in a quite literal and exemplary sense, embodying the church’s true ideal, its essence, its lofty goal of serving as a beloved community, with open arms, embracing all who come to it in a spirit of love.

He and his partner will express all this in every movement and note of their dance, rejecting the very hate that those “who know not what they do” attempt to foist upon them, not letting it deter their journey to this altar, where beauty awaits and abides.

One of the many Interesting features of this work is that it takes place in a Catholic church at all. Famously and officially anti-gay, how is it that a church would consent to two gay men engaging in a highly intimate dance that has “queer” in its very title?

The answer is that not all churches—even Catholic churches—practice oppressive, exclusionary religion. Too many still do, but in the past half-century or so, the forces of tolerance have made huge inroads across most all religious denominations the world over. This fact is often overlooked amidst the bellicosity of some, which makes for more dramatic headlines and blood-quickening click-bait on social media.

Pope Francis himself bestrides a church riven by competing forces of progressivism and traditionalism, engaged in a kind of holy combat in which he tries to goad and shake it into the 21st century without dismissing its core values but instead, urging it to finally live them.

Where else do we see those forces squaring off? Oh yes: everywhere, through all times…

Richardson shies from none of it here, showing us the hate and heartbreak, the dejection and resolve, the literal leaning on each other, the resting into love, the devotion to the dance—the dance of life, the dance of tenacity and endurance and determination, of reaching out and up—to the heavens, to the ground we stand and move on, and finally, most importantly, to each other.

And to all those who would oppress him still, this dance of devotion, showing the ferocity and strength in gentleness, stands as the most potent possible rebuke.

All of it powered by the seemingly superhuman strength required not only to assume these positions supporting the outstretched, extended bodyweight of the dancers, but more importantly, the power to have endured millennia of oppression and still make a statement bathed in love.

“It’s a cold and broken hallelujah,” the song lyrics tell us. And thus it will always be.

We should note, however, that “hallelujah” has the last word.

Richardson has made his living for many years as a graphic designer in his native Georgia. Along the way, he spent three years dazzling audiences with Cirque du Soleil before coming to the attention of an even larger audience in the maw of network television. See here for more on his background and film projects.

8 comments to And in the End, Love: Matthew Richardson’s Gay “Hallelujah” Dance