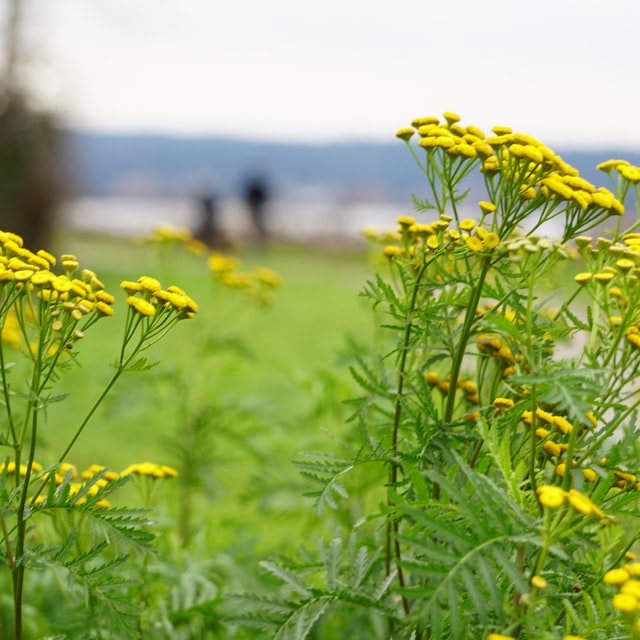 Some music just grabs us as soon as the first sound waves they generate waft through the air on a remarkable (and nearly instantaneous) journey through our ear and nervous system. As those waves turn into electrical impulses that reach our brain, they have been known to cause visceral reactions that often include a primitive language response along the lines of “Mmmhhh” or “OhOhOh…”

The 17th selection in this semi-regular series of “Brilliant Songs” fits into that category like few other musical pieces.

‘Pavane’ continues to thrive as a standard part of the concert repertoire some 133 years after its debut for the most excellent reason that it engages human emotion from first notes to last.

“Pavane, Opus 50,” by French composer Gabriel Fauré (1845-1924), launches from its first violin pluckings (called “pizzicato,” a word I have always loved to say), soon joined by flutes into a dreamy melancholy so lush with pleasing, mood-provoking melody that we are gently coaxed, rather than snapped, to attention, the promise of something beautiful unfolding for our benefit readily apparent from the start. 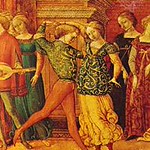 The piece runs some six to eight minutes, depending on the pace of the performing orchestra and whether the optional choral section that Fauré added a short time after the original composition for piano is included. (You can give the piece a listen in its various iterations below, including the original piano version played by Fauré himself, which he wrote in 1887.)

A pavane is a slow processional court dance that took hold in Spain in the 16th and 17th centuries, and which the aristocracy used as a showcase for fancy ball gowns and ceremonial feasts. Fauré borrowed the form for his own purposes as he straddled the end of the Romantic Era that spanned most of the 19th century and the Impressionism that followed early into the 20th.

His “Pavane,” however, is notably short of pomp and glitter. If dancers were to embody its essence, we would likely see them with pensive expressions, gliding softly across a sound-absorbing floor, not a heel clatter to be heard.

Let’s give the choral version a listen now, delightfully rendered by a Spanish youth orchestra that just might, as a special Traversing bonus in this post-election holiday season, give a little boost to your hope for the future of humanity.

For all its haunting musical qualities that percolate directly from orchestra through chorus in a straight line of solemnity and reverence, the lyrics to “Pavane” didn’t much concern Fauré.

Or perhaps he just knew better than to object when a patron of his, Countess Élisabeth Greffulhe, enlisted one of her cousins to provide the lyrical accompaniment. (Words almost every creative professional ever has heard and always dreaded from clients: “I have a niece/cousin/spouse who’s really talented and…”)

Unlike previous songs in this series, I won’t print the lyrics in their entirety, though they can be found here. A sample will likely show you why:

And it is always the same, and will be like this forever!
We love! We hate! We curse their loves!…
And so, farewell and good day to the tyrants of our hearts!
And good day!

What would seem to be this severing of lyrics from music might recall, for longtime readers, a two-part series in this space five years ago that addressed more modern works by Bob Dylan and Randy Newman. For them, subsequent musical iterations of their iconic songs “One Too Many Mornings” and “I Think It’s Going to Rain Today” badly missed the mood and intent of the lyrics. (In Dylan’s song, it was his own subsequent iteration that sinned against the original and was redeemed by the late Jerry Jeff Walker.)

In “Pavane’s” case, this observation is reinforced by a conductor and contemporary of Fauré’s at the time, who called the lyrics merely “a piece of light-hearted chaffing between the dancers.” (“Chaff” meaning “to mock, tease or banter in a good-natured way.”)

I don’t know about you, but when I listen to that choir above come in with its sonorous tones at 1:49, pretty much the farthest things from my consciousness are “mocking, teasing or banter.”

Be that disconnect as it may, “Pavane” continues to thrive as a standard part of the concert repertoire some 133 years after its debut for the most excellent reason that it engages human emotion from its first notes to last. All of the instrumentation is restrained and free of bombast. This allows the pure elegance and lyricism of the melody line to capture the imagination of listeners and send them along on their internal journeys, wherever they are bound.

As you’ll hear below, courtesy of piano roll technology that was just being developed at the time, Faure’s original piano composition is actually at a faster tempo than the orchestral version noted above. Interesting debates take place all over the Internet today between those who would uphold Faure’s relatively sprightly tempo versus those cottoning to the more mournful, contemplative pace one hears far more often in modern arrangements.

With no choral element and relatively quick pace, this is the rock-bottom original, more dance-based and as close to Fauré as we will ever get. And it’s fun to see the impossibly exotic language of the piano score move along with us—give it a look & listen!

Finally, we get to the longstanding American musical treasure Bobby McFerrin, whose vocal adventures know virtually no bounds. Perhaps more than any artist alive or dead, McFerrin highlights the human voice as the first intentional musical instrument, from which all the others were inspired. (Although birders may well give me a cogent argument on that score.)

McFerrin takes the place of the entire chorus in this rendition with the St. Paul Chamber Orchestra, which he led in a unique artistic arrangement for five years late in the 1990s, conducting while also exercising his dazzling vocal chops on particular selections.

For me, his treatment shimmers with respect and love, as McFerrin always demonstrates in whatever work he decides to engage. It is hard to imagine Fauré himself not being pleased.