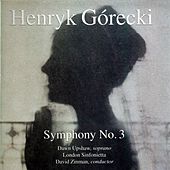 The entire symphony is a treasure, a voyage through sorrow and lyricism whose beauty paradoxically lifts us to deeper appreciation of all that we are—or at least that we can be.

And then, of course, there is the usual non-stop invective of our hyper-partisan times, with Republicans inveighing against the purported incompetence of President Biden, even as Democrats are falling over themselves to proclaim the bad hand and limited options he was dealt by his predecessors—especially the most recent one.

Does anyone doubt for a moment that if this situation had unfolded exactly as it has under the presidency of Donald Trump, the arguments (or more accurately, the arguers) would have been perfectly reversed?

These predictable, lockstep maneuverings into the respective corners of virulent partisanship no matter what the issue do not bode well for the state of our own nation and its very soul. Yet underneath the seemingly omnipresent anger and outrage, there lies the perennial of human sorrow.

The nearly 200 now dead did not exist in a vacuum. They were sons and daughters, mothers and fathers, uncles and aunts and grandparents, friends and neighbors and colleagues, the grief at the horrid conditions of their departure convulsing out in concentric, unending waves through all who knew them, all who know someone who knew them, and in a profound sense, the entire watching, empathizing, cringing world.

Raise a fist, or simply bow our heads? 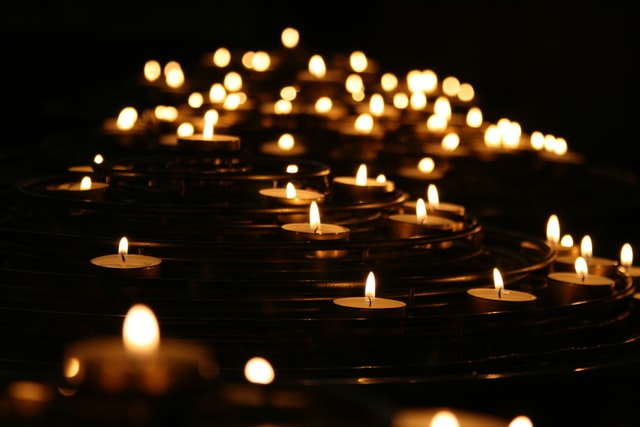 Górecki’s mother, who played piano, died when he was just 2, but his father, also an amateur musician, managed to secure violin lessons for his son amidst the war in 1943. Henryk went on to study and then teach music himself, but his early career, hobbled as was most everyone’s in Russian-controlled Poland after World War II, was focused largely on atonal modernist works of the kind that leaves melody lovers fleeing the symphony hall or studiously avoiding it instead.

By the 1970s, he began a gradual shift toward more traditional choral works that incorporated religious themes. (Some 90% of Poland remains Roman Catholic today, and Górecki, who died in 2010, was among them.)

He wrote his Third Symphony, known as the “Symphony of Sorrowful Songs,” in 1976 after having mined Polish folk songs for suitable material. One song,“Where has he gone, my dear young son?” adapted by the contemporary Polish folklorist Adolf Dygacz, reflected a mother’s lamentations upon losing her son to war. It became the first movement of Górecki’s new symphony.

The third movement also reflects a mother’s mourning, but is from a 15th century folk song in which the Virgin Mary mourns her dying son on the cross.

The second movement, which will mostly concern us here, takes a different perspective—from an inscription by an 18-year-old woman on the wall of a German death camp in southern Poland in 1944. It read, “Oh Mamma do not cry, no. Immaculate Queen of Heaven, you support me always.”

We’ll let Górecki himself tell why he was so affected by it, in comments to a Polish music journal in 2003:

“I have to admit that I have always been irritated by grand words, by calls for revenge…In prison, the whole wall was covered with inscriptions screaming out loud: ‘I’m innocent’, ‘Murderers’, ‘Executioners’, ‘Free me’, ‘You have to save me’—it was all so loud, so banal. Adults were writing this, while here it is an eighteen-year-old girl, almost a child. And she is so different. She does not despair, does not cry, does not scream for revenge. She does not think about herself; whether she deserves her fate or not. Instead, she only thinks about her mother: because it is her mother who will experience true despair. This inscription was something extraordinary. And it really fascinated me.”

It’s a beautiful sentiment, both on the part of the woman, whose name of Helena Wanda Błażusiakówna we should duly honor here, but also Górecki, who wove only the following plaintive lyrical snippet into the nine-minute lamentation of the second movement:

No, Mother, do not weep,
Most chaste Queen of Heaven
Support me always.
“Zdrowas Mario.” (Ave Maria)

The harshest critics of the time savaged Górecki for, among other things, the repetition of this verse, but for millions of listeners worldwide, every note just rings deeper and more true, many of them elongated to depths that meet the challenge of reflecting such fathomless and haunting pain.

The entire symphony is a treasure, a voyage through sorrow and lyricism whose beauty paradoxically lifts us to deeper appreciation of all that we are—or at least that we can be. All 53 minutes of it is worth a listen—and then many more, available below—but the second movement of nine minutes is arguably its jewel, allowing the soprano to soar to the farthest reaches of emotional expression.

Let’s give it a listen now, with Polish soprano Zofia Kilanowicz and the London Symphony doing the honors at St. Mary’s Basilica in Krakow.

Like all his other music up to the time, sales of “Symphony of Sorrowful Songs,” despite its simplified, more melodic tones shorn of all modernist artifice, did little to move the needle on Górecki’s modest circumstances and minimal exposure under communist rule.

But then the Berlin Wall fell in 1989, and two years later two momentous events conspired to elevate Górecki and his Third Symphony to previously undreamt heights of classical music stardom (those last three words having long been a self-canceling  phrase): Poland held its first free elections since 1920 as the Soviets began withdrawing, and Nonesuch Records recorded the work with the London Sinfionetta and American soprano Dawn Upshaw.

The record’s release in May, 1992 resulted in an astonishing reception, zooming to #1 and staying there on Billboard Magazine’s classical sales charts for 37 straight weeks. (And in the top 25 for 93 weeks.) Probably more astonishing still was that it peaked at #6 on the British pop music chart.

The album sold more than 600,000 copies by the end of that year, and today, sales stand at over
one million, an unheard of number for a serious classical work.

It was all rather dizzying but not unwelcome for Górecki, who had so long labored in relative anonymity and suddenly found himself hailed worldwide and in unprecedented demand for media interviews, musical commissions, and even multiple audiences with the Pope.

From all indications, however, the fame fazed but didn’t change him. In a 1994 interview with the “New York Times,” he drily observed about his 60th birthday celebration, “There are 25 interviews, concerts, jubilees and everyone wants me to be present. The months have only 30 days, one has 28. There are no miracles.”

Probably true, but that does not mean that his gift of the Third Symphony was not somehow divinely inspired, if we can stretch that term to encompass a sort of divinity always available to—because it resides within—humankind. Not only in our ecstatic moments of love and transcendence, but also in our depths of sadness and despair, when the world seems at its darkest and most unforgiving, but rather than yield to it, a voice angelic and pure rises from the dark, resolutely lifting and lilting toward the light.