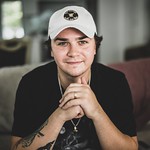 Tommy Prine is sad about something. But it’s not an indulgent, wallowing, “poor me” kind of sadness. What saddens him is just a fact of life, and he knows it has to be that way. He can’t change it, so all he can do is acknowledge it, live with it, accept it for what it is.

Oh, and one more thing: He can write a song.

The tune is “Ships in the Harbor,” and it became the 26-year-old Prine’s debut single when it was released in September, prelude to an album set for release early in the new year.

Part of the song’s brilliance is its simple, sorrowful take on the basic human experience of departure.

Prine distills the sweet sorrow inherent in every departure  with a winsome tone in his voice and guitar, totally devoid of artifice.

All our lives, we wash in and out of others’ lives like the tide, sometimes in with them for just minutes or hours before washing back out to sea for days, months, years, maybe forever.

It was the “forever” version of departure that inspired Prine to compose this lamentation on grief and acceptance as the son of folk writing legend John Prine, whose death early in the Covid pandemic served as a kind of marker signifying the devastation it would cause.

Tommy, his youngest of three sons, has transmuted that devastation into a soulful reflection on the inevitability of loss and an implicit call to treasure the time we have, and the people who help make that time worthy of our full, loving engagement. 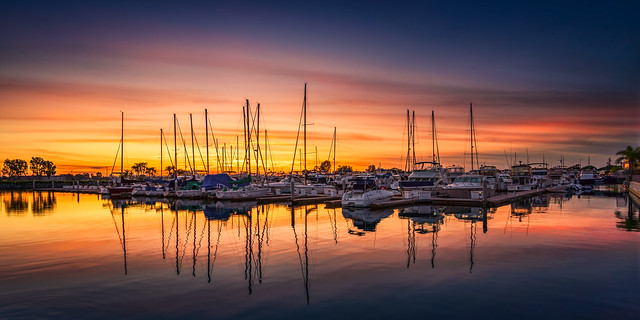 Prine’s central metaphor is in the song’s title, the ships in the harbor whose destiny is to repeatedly head out to sea. He then notes other simple elements and pleasures of life—the sun on his skin, a bluebird on the fence, time with a friend—to note their transitoriness, all these experiences, every experience, with their end wrapped always into their beginning.

But the song’s power as a mood changer comes only partly from its poetry. The other part is in the performance.

Prine distills the sweet sorrow inherent in every departure  with a winsome tone in his voice and guitar, totally devoid of artifice. Simple words, simply expressed, with simple accompaniment, just a man and his guitar (all he’s missing is a dog at his feet), noting plaintively to the heavens that all things come to an end—“as they should.”

Let’s listen to that performance now, complete with lyrics, before returning for some concluding notes.

As befits both his age and chosen profession, Prine “tends to get lost in the stars,” no artist worth a good guitar lick who wouldn’t claim the same. We hear him being much too hard on himself in the next line, though, claiming, “I waste еvery night wondering where we all are,” when that “wondering” is the very stuff of his struggle to reconcile the joy and sadness that are the twin pillars of this song.

I’m not quite sure what to make of the two lines leading off the final stanza, with their lamentation suddenly turning more to admission of some past transgression— “Takes time to know when you’re wrong”—rather than for the simple sorrow of departure. But the creator-lyricist in him shines through in the following line—“Takes even longer to put it all in a song.”

And then the true wallop for the legions of fans who sang along with and delighted in his father over the years, his progeny laying himself bare, no small part of this song now overtly reckoning with the most grievous departure of all:

Given the quality of this debut single and a second one released just last month (see below), we can only hope for many more mornings of sunshine feeling good on Tommy Prine’s skin, all the better to inspire his songwriter’s blood warming to the task of creating an artistic legacy of his own.

See here for full lyrics to “Ships in the Harbor,” and here for “Turning Stones.”

See here for the first lines preview of all previous posts in this “Brilliant Songs” series.

4 comments to Brilliant Songs #34: Tommy Prine’s “Ships in the Harbor”