Brilliant Songs No. 2: Dawes’s “A Little Bit of Everything”

With those first four lines of plaintive scene setting just above a simple piano riff, songwriter Taylor Goldsmith of the folk/rock/indie band Dawes places listeners right there behind yet another Golden Gate Bridge would-be suicide jumper, perhaps reflexively reaching their arms out or emitting an involuntary and horrified, “NooooooDON’T DO IT!”

Talk about the power of words to imagine, to relate, to respond.

I am indebted to reader and friend Randall Chet for bringing “A Little Bit of Everything” to my attention in the Comments section of the inaugural entry in this “Brilliant Songs” series. I had never heard of Dawes nor this song, but I have found it staying with and accompanying me on my walks, my garden-tending, my meanderings through a darkened kitchen toward the coffee maker.

That first stanza doesn’t mean the entire song is about suicide. Goldsmith is actually after something more fundamental in this song, no matter how world-shattering suicide can be for the person leaving this earth and all those he or she left behind.

It’s probably better to catch the lyrics here, in this brilliantly rendered You Tube version, the better to frame the discussion that follows. And if you’d like to linger with the lyrics longer, as I suspect you will, they are in full at the bottom of this post.

After the suicide scene dissolves with a brief conversation between the would-be jumper and a police sergeant who shows up representing all of us with a desperate plea to just hold on a minute (“Hey son, why don’t you talk through this with me?”), the succeeding stanzas place us in two other scenes that call forth the same basic response from the protagonists: “It” (life, sadness, hope, happiness, desire, despair) is about “a little bit of everything.”

So much for the “Why?” question that barges into every tragedy large and small.

The old man in the buffet line takes his consolation where he can—in biscuits and beans, mashed potatoes and chicken wings—though he knows and feels, of course, that whatever fires brought him to his knees will be precious little dampened by them. (Is he the father of the kid on the bridge? Maybe…)

It’s a far smaller scale tragedy, if it is even such, that faces the future bride writing her wedding invitations when intruded upon by her fiancé with the observation, “You don’t seem to be having any fun at all.”

He may be right, and the remark may hold dark portents for their coming union, but she backs him off with:

“You just worry about your groomsmen and your shirt-size.
And rest assured that this is making me feel good.”

Maybe so, but do we detect a resignation in her voice, a weariness with the burdens that come with trying to be understood, trying to weave the complexities of the human heart into the simple knits and purls of just saying “I do?”

Is she foolish in marching lemming-like toward a dead-end marriage, or just embodying a deeper wisdom in proclaiming:

I think that love is so much easier than you realize
If you can give yourself to someone, then you should

Should you? At what potential cost?

Will her confidence on that point result in a smaller death—but a death nonetheless, of identity, dreams, hope—than is suffered by the old man resigned to seeking solace in the choices offered him from a buffet line? 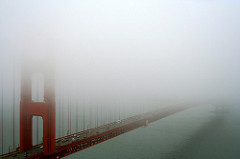 And that boy on the bridge—did he jump, or back off and yield to the good sergeant, only to return to greater torments levied upon him by cruelties of chemistry, dark genes, bullying by peers?

We don’t know the answers to these questions, but they resound, as questions do in all brilliant songs and poems and novels willing to ask them.

Today, this very day, our country is reeling again—again! good god, yet again!—from a school shooting outside Houston, all of us waking up to the relentless dissection of motives, recriminations, and loud disputes of What Should Be Done.

That horror is playing off against the pre-dawn exertions of a monarchy with its kings and queens, dukes and duchesses, going about the business of weaving fantasy and trying primly to catch viewers up into its sticky snare.

It’s making for odd competing headlines, from abjectness to pomp, outrage to snark.

One hardly knows where to turn, until the realization dawns: Maybe toward the little bit of everything that seems to make this mad world keep going round, in all its alternately wild, incomprehensible, peaceful and profound ways, wholly beyond rational explanation or understanding. 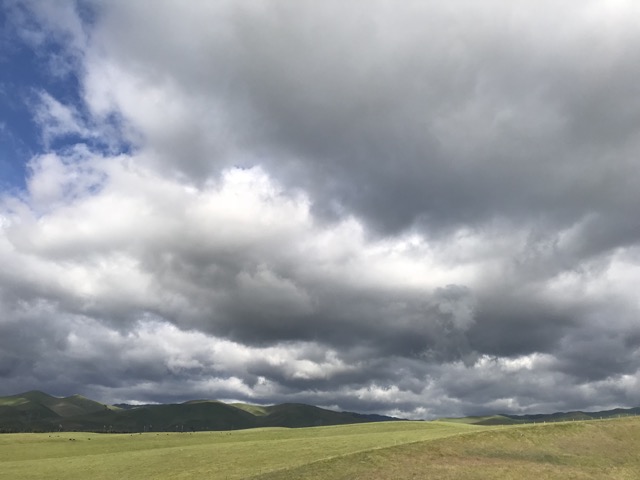 “A Little Bit Of Everything”

A phone call’s made, police cars show up quickly
The sergeant slams his passenger door
He says, “Hey son why don’t you talk through this with me?
Just tell me what you’re doing it for.”

“Oh, it’s a little bit of everything
It’s the mountains, it’s the fog
It’s the news at six o’clock
It’s the death of my first dog.”

“It’s the angels up above me
It’s the song that they don’t sing
It’s a little bit of everything.”

There’s an older man who stands in a buffet line,
He is smiling and he’s holding out his plate,
And the further he looks back into his timeline
That hard road always led him to today,

Making up for when his bright future had left him
Making up for the fact his only son is gone,
And letting everything out once, his server asks him
“Have you figured out yet, what it is you want?”

Somewhere a pretty girl is writing invitations
To a wedding she has scheduled for the fall
Her man says, “Baby, can I make an observation?
You don’t seem to be having any fun at all.”

She said, “You just worry about your groomsmen and your shirt-size
And rest assured that this is making me feel good.
I think that love is so much easier than you realize
If you can give yourself to someone, then you should

‘Cause it’s a little bit of everything
The way you joke, the way you ache,
It is getting up before you,
So I could watch you as you wake.

So on that day in late September,
It’s not some stupid little ring,
I’m getting a little bit of everything.”

Oh, it’s a little bit of everything
It’s the matador and the bull
It’s the suggested daily dosage
It’s the red moon when it’s full.

All these psychics and these doctors
They’re all right and they’re all wrong,
It’s like trying to make out every word
When they should simply hum along

16 comments to Brilliant Songs No. 2: Dawes’s “A Little Bit of Everything”