Cries for Freedom: The Berlin Wall and Brittany Maynard 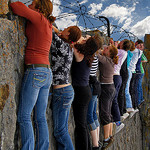 I don’t believe I know one person in my everyday orbit who has even one shred of doubt that Brittany Maynard wasn’t fully entitled to the self-determination she employed on November 1 as she ended her own life under Oregon’s Death With Dignity law.

At a heartbreaking 29 years old, she was making a clear, rational, and yes, spiritually mature decision to end her life on her own terms, in her own time, before the ravages of the inoperable brain tumor she had endured overcame her ability to make any decisions or make any sense whatsoever.

Let me be clear: I regard human life as a precious gift that we must hold in the tenderest, most exalted esteem. What a kick it is, yes? Inexhaustibly enriching, full of beauty, intrigue, challenge, high humor, endless curiosity and capacity for love, wonder and joy.

Except when it isn’t.

And when confronting the end point of the disease that was soon going to kill Maynard, life was none of those salutary qualities for her, but was instead a recipe for intense pain and suffering that no sane and compassionate person would wish upon any animal or prisoner under his or her care.

Truly, Maynard’s quest to make an autonomous decision, in a completely rational state of mind, regarding how much suffering she was willing to endure (and put her family through in watching her) strikes at the very core of the freedom and self-determination that we so revere in the free world.

And just one more tragedy in this situation was that she and her husband had to upend their lives and move to Oregon to exercise that freedom, which had been denied her in her home state of California, as it would have been in 44 other states of a union founded on “the right to life, liberty and the pursuit of happiness.”

“Give me your tired, your poor,/Your huddled masses yearning to breathe free,” goes probably the most well-known lines of the 1883 Emma Lazarus poem that got inscribed on the Statue of Liberty 20 years later.

I’m not so sure about the tired and poor, but “huddled masses yearning to be free” seems an apt description of the human project, our fierce desire to be self-sufficient, self-directed, self-actualizing creatures, out from under the thumb of tyrants who seek to dominate as the most toxic of parents and keep us forever child-like and dependent on their favors and subject to their whims.

“Talk about a revolution,” sang The Beatles in 1968. That talking had already been going on for thousands of years before they sang about it.

Wikipedia’s “List of revolutions and rebellions” begins in 2740 BC and goes on in sections spanning first hundreds of years and then down to 10-year blocks, so numerous have they become in modern times. Counting them all is far too daunting a task, given what looks to be probably 1,000 or more entries (46 in the 1940s alone, 33 from 2010 to thus far in 2014).

One can scan these listings and interpret them as a long, unabated tale of woe and death and defeat, of unfilled need. That’s one take.

And in some cases, would-be tyrants trying to seize control from a ruling tyrant or a free state.

But one can also view them as inspiration, as hymn to the unquenchable desire, despite the enormous prices that are inevitably paid, for humankind to stand on its own feet and loudly proclaim its freedom. 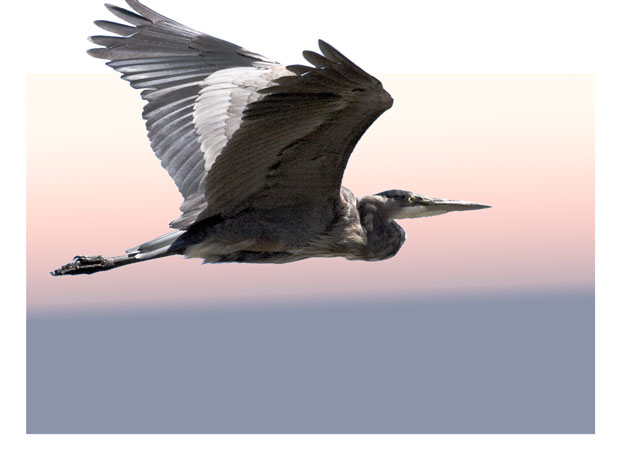 This freedom, so relentlessly pursued, often at such great danger to those who have insisted upon it throughout history, was seen in a classic expression in the fall of the Berlin Wall on November 9, 1989. It is difficult to conjure a more oppressive symbol of all that would seek to enslave human longing than a 96-mile wall made of concrete, topped by barbed wire (later by steel girders), and overseen by heavily armed soldiers peering down from 300 elevated watchtowers all along its expanse.

The whole edifice was designed to prevent anyone from even thinking about improving their lives—which all living things are programmed to do in their very genes.

The fact that the wall went up midway through the 20th century, some 500 years after the Renaissance came to an end and a full 150 years after the Enlightenment did likewise, lends a sobering note of reality to the human enterprise. It lets us know in no uncertain terms that freedom isn’t free, and it is never final.

This reality stands in stark contrast to the conceit embodied in works such as The End of History, a seminal 1989 book by Frances Fukuyama that proclaimed the final triumph of liberal, free market democracies in the wake of the Soviet Union’s and the Berlin Wall’s demise.

And here we get to the irony that joins the passion and the ultimately successful protest of Brittany Maynard with the hundreds of thousands of Germans who approached from both the east and west sides of The Wall 25 years ago and demanded reunification and the right to full self-determination.

The East Germans, seeking more life, freer life, knocked down that wall and demanded their full personhood as sovereign beings. They sought control of their own destiny, to the degree that freedom—and its twin, responsibility—would allow.

Maynard wanted nothing less than that full sovereignty.

In her case, given a drastic medical condition that doomed her to protracted suffering and a horrid death, “freer life” and “full personhood” meant a clear and responsible decision to exercise her freedom—in Oregon at least, along with four other states—to die in peace and dignity.

Like many blanket religious strictures and statements, it lacks context, nuance and applicability to actual ‘facts on the ground’ making any strict prohibition a straitjacket rather than a helpful moral guideline.

Most arguments against physician-assisted suicide center on either 1) the slippery slope of then using it to hurry along deaths of the poor, the infirm and uninformed, or 2)  the religious perspective that matters of life and death must be left to God rather than human volition.

To the first of those, it is plain that clear guidelines and careful oversight are required to help assure that cases of “death with dignity” always maintain the “dignity” that Brittany Maynard’s case exemplified.

Just because a given beneficial practice has been abused in the past does not mean freedom to access that practice should be prohibited now or in the future.

Prohibiting Maynard from dying with dignity because some physicians have used their power in unethical ways in the past is tantamount to prohibiting needed drugs because they are sometimes used for questionable ends. It is the application, not the practice itself, that is the problem, so let us oversee its application accordingly.

The second argument, boiled down to ancient and wholly understandable prohibitions against murder (which is often applied with even greater vehemence to suicide), also falls short. Like many blanket religious strictures and statements, it lacks context, nuance and applicability to actual “facts on the ground,” making any strict prohibition a straitjacket rather than a helpful moral guideline. A friend refers to these strictures (“Thou shalt not kill” in this instance) as “needing commas rather than periods,” allowing for further explication of exceptions, contexts, qualifications.

I find that comma to be a useful ally in many ethical discussions, and believe I will keep it around for a while. 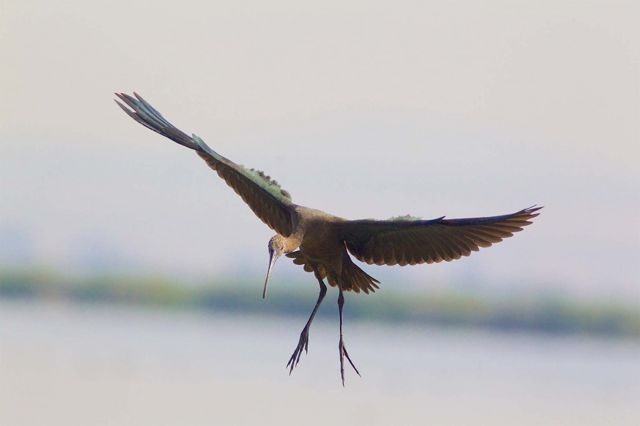 In my hospice volunteering days, I was privileged to attend the deaths of two patients with Lou Gehrig’s disease (ALS). Both of them had lost all bodily function other than blinking and a voice murmur that could communicate pain or pleasure, yes or no.

The extra cruelty of the disease is that mental function remains undiminished, so the person literally watches him or herself waste away to complete and utter dependence. At varying rates, they become unable even to swallow to enjoy food (which necessitates the placement of a port through which liquid nutrients enter directly into the stomach).

Nor can they bathroom themselves, turn the page on a book or scratch their nose when it itches.

Both of my patients (I’ll call them James and Joyce) decided to end their ordeal by refusing nutrients and finally water, ultimately dying from dehydration, from which one declines more rapidly than starvation.

That strategy, while questionable from the strictly prohibitive religious standpoint cited above, has to my knowledge become allowable in modern medicine across the country, even as receiving an injection to help speed the process continues to be illegal in 45 states.

The distinction, frankly, is lost on me. It assures only far greater discomfort for the person and extended agony for a family that waits in vigil over many days as their loved one recedes from the world and suffers the obvious ravages of literally dying from thirst.

For James and Joyce, refusing further water and nutrients was a final courageous taking back of self-control and self-determination, an ultimate vigorous rebellion against all that their disease had robbed them of. No less than the East Germans who began battering that Wall, no less than Brittany Maynard, James and Joyce claimed final dominion over that most precious of entities: the bodies and souls that made them who they are—and for which we remember and honor them today.

***
Though words from a 1965 song by The Animals (“It’s my life and I’ll do what I want, it’s my mind and I’ll think what I want”) fit pretty well here, Judy Collins, in a vintage 1966 performance of this Lennon-McCartney classic, seems to better fit the mood of wistful memory and appreciation of life and love, well-lived…

Oh, how I love and appreciate my photographers:

Rotating banner photos (except for the books) at top of page courtesy of Elizabeth Haslam, some rights reserved under Creative Commons licensing, see more at: https://www.flickr.com/photos/lizhaslam/

4 comments to Cries for Freedom: The Berlin Wall and Brittany Maynard