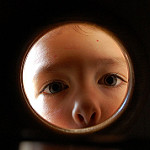 A recent scene at my neighborhood pool: It’s closing time and the lifeguards are rolling the tarp off its big spool and laying it out across the water. A 3- or 4-year-old boy bolts away from his mother at the gate leading outside and squats down poolside, gazing intently as the tarp unfurls. His mother calls to him, “O.K., let’s go!”

All he does in response is reach his hand out so he can touch the tarp as it moves under his fingers. His mother may as well be a million miles away.

I am smiling to myself at the whole scene, don’t even realize my smile shows until I approach the gate and Mom says to me, smiling herself now, “It’s so interesting!”

She vigorously assents to this and we both laugh, marveling at the insatiable, seemingly undiscriminating curiosity of the young.

But really, why wouldn’t the unspooling of a tarp across a pool, representing yet another slice of human ingenuity that has fueled our tool-making species over the eons, be a powerful prod to curiosity, a source of fascination deep and profound, giving rise to the primordial questions behind all human progress: “What is that? How does it work?” 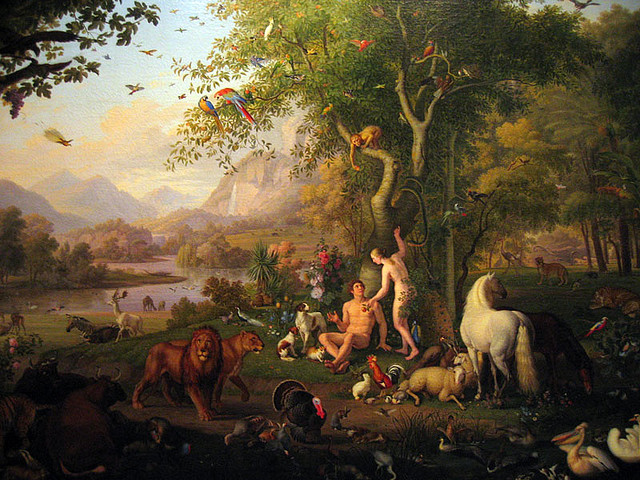 If love is the mother of all virtues, then curiosity is surely their devoted father. Matter of fact, love requires curiosity at its very foundation, because what is love at all if not a profound curiosity about the Other, seeking to discover, know and come into communion—emotionally, spiritually, viscerally—with his or her very depths?

It is only via ceaseless curiosity about the greater depths of everything around us that we continue to fall in love with life itself. Which, I would add, is the best preventative from going shriveled and sour as we age.

Historians of science differ on who founded their discipline and exactly when it occurred. The ancient Greeks Euclid, Archimedes, Thales, Socrates or Plato?

Others posit the relatively unheralded English polymath Robert Grosseteste in the 1200s or his intellectual heir Francis Bacon, or later still, Isaac Newton or Galileo. 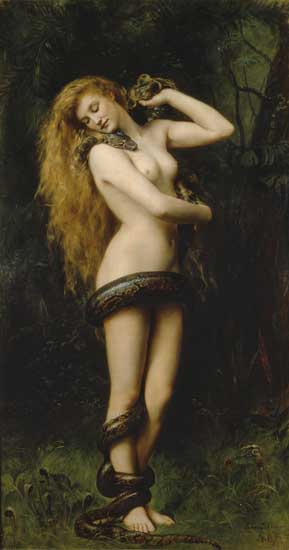 Claims for one or another of these figures depend on what one considers to be the definition of “science” itself, which, it being a human word and notion, is, of course, subject to inexhaustible variations in interpretation.

With all due respect to the formidable figures in human intellectual development mentioned above, all of them notably male, I think the nod for the honorific of the world’s first scientist goes to a woman.

Her name was Eve, and she lived an uncountably long time ago in the Garden of Eden.

Enough ink to fill a fleet of tankers has been laid to paper regarding Eve. Temptress, vixen, symbol of incarnation and humanity’s fall, willfulness, the pleasure principle, generativity, body vs. “spirit,” spirit vs. Adam’s “soul,” guarantor of decay and death.

All that and much more has been ascribed to her, all of it true to the various interpretive lenses brought to bear on her role in the creation myth of Christianity.

But the lens for our interpretation here is simpler and more fundamental. I am not the first to see Eve and her husband living an undifferentiated, curiosity-free life in a celestial garden where all their needs are provided for, all sharp edges rounded, where there is no “other” outside of their own blissful union with whom to come into conflict (nor fruitful relationship).

It is life in the womb: safe, guarded, protected in an amniotic sac hovered over by angels. Reflecting a kind of spiritual gluttony or superabundance, devoid of challenge or test. Except one: the challenge from the serpent to consider knowing more, to scratch that itch of knowledge, to risk exploring what lies beyond her current vision and experience.

Would Eve be so bold and restless as to give up all she knew as safe and secure, venturing out beyond the comforting but enclosing walls limiting her vision to what may lie beyond?

To become the author of her own life and the choices she makes within it?

How could God not have known what he was setting her up for? This was all an elaborate ruse, yes? Surely it was a ploy to get the whole human parade up on its feet and marching forward to its appointment with consciousness, time, finitude, relationship, joy, suffering, surprise, self-knowledge, heartbreak, wisdom and death.

All of it initiated by Eve, our first scientist, asking the foundational questions:

“What is that? What’s out there? What is it made of?

Unfortunately, the Abrahamic religions have had difficulty honoring Eve’s holy curiosity. Much of both Christianity and Judaism in particular have tended to see her solely through a one-dimensional lens of disobedience, a cunning dark goddess taking heed from a wicked serpent and using her wiles to bring down her unsuspecting man and all who would be born of them.

There is no doubt that narrative has undergirded the repression of females that continues still through most cultures these thousands of years later.

But far from leading us to perdition, Eve’s questing, curious spirit, the fierce streak of independence she exhibited even from the overwhelming power of her creator, represent the true beginning of a life worth living (and dying on behalf of).

It is what every child must do in finally setting out from his or her parents and other teachers, no matter how beloved those figures may be. It is what every scientist does in claiming the mantle of intellectual exploration.

Live blind and dumb in a protected, forever sun-filled garden devoid of conflict, contradiction, and the wherewithal to, as the ’70s bumper sticker had it, “Question Authority?”

“I don’t think so,” said Eve. “Let’s do some science here. Let’s explore what’s over that ridge. And exactly how does that pool tarp work? I’d better touch it and see.” 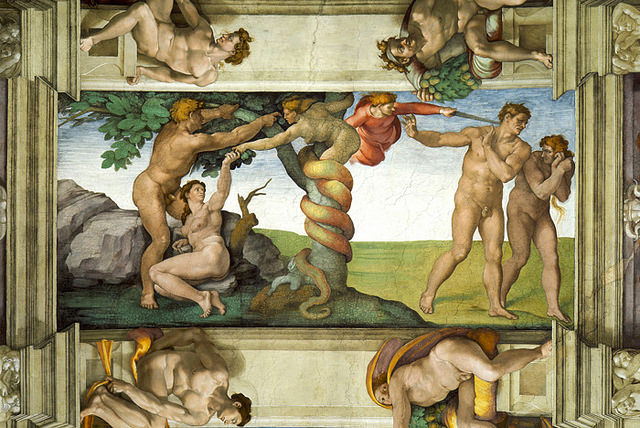 Painting “Adam and Eve in the Garden of Eden” by Peter Wenzel, circa 1800, from the room in the Consistory of the Vatican State Apartment, Rome.

Painting of “The Fall of Man and the Expulsion from the Garden of Eden,” with four Ignudi, by Michelangelo, 1510, a fresco on the Sistine Chapel ceiling, Vatican Museums and Galleries, Vatican City.

3 comments to Curiosity, Holiness, Science: An Homage to Eve