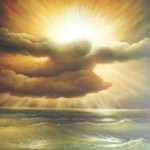 It seems to me we sorely need to get beyond the tired and polarizing atheist/believer divide that leaves so many of us shouting across a chasm of mutual withering critique and scorn in the modern cultural wars. This is but one reason why I have come to much prefer the term “non-theist” to “atheist” in describing my own religious sensibility.

The word “atheism” has a militant, “anti-religion” quality to it that I do not identify with. But if you ask me whether I’m a “religious believer” as it is most commonly understood, encompassing belief in a personal creator who watches over me and all the rest of creation, I’d have to say no. 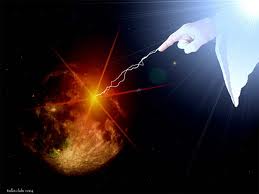 Whatever the creative propulsive force of this vastly mysterious universe is, I suspect it’s something different than a glorified father figure, a Supreme Being who exists rather like we exist as a thinking, acting, emoting “being.” This version of God just thinks and acts and emotes in a bigger, more grandiose way than we do, both in his love and his vengeance. (He seems to indulge in regular tirades at our misbehavior while concocting horrific punishments for it that last through eternity.)

That God strikes me as actually small and shrunken—or at least devoid of sustained transformative power.

So I’m not religious in that way.

But God damn, am I ever religious.

Meaning I revere the creation and everything in it (with the notable exception of parasites, and probably Charles Manson, and that Anthony Hopkins character in Silence of the Lambs).

Meaning I believe in the power and necessity of love and forgiveness if we are to endure the thunderbolts of tragedy that life regularly hurls our way.

Meaning I belong to a religious tradition (Unitarian Universalism) and attend church regularly in my hometown. (Though I hasten to add I don’t believe church membership or attendance is required to live a wholly religious life.)

Meaning I “believe” in and try to practice not only the seven principles of that tradition, but also the cardinal virtues as enumerated by Plato and the ancients (prudence, temperance, justice, fortitude). (Well, maybe not so much the temperance…)

Meaning I am moved and enriched by sacred symbols and rituals that include the word “God,” and that I can appreciate, on this Good Friday, the power of a death and resurrection theme even if I do not believe that anyone’s body has ever perished and then miraculously come back to life.

Several years ago I started a book project, since shelved, in which I broached this subject of theism, non-theism and how we talk about religion to each other in an acutely pluralistic culture. What quickly became evident is how the discussion virtually demands that we define exactly what we mean when we say the word “religion.”

Which begets the response: “Oh sure, good luck!” Turns out there is no one definition. Here’s but a tiny sample of their range:

From atheist philosopher Daniel Dennett’s Breaking the Spell: Religion As a Natural Phenomenon, we get a decidedly theistic, supernatural take:

“Tentatively, I propose to define religions as social systems whose participants avow belief in a supernatural agent or agents whose approval is to be sought. This is, of course, a circuitous way of articulating the idea that a religion without God or gods is like a vertebrate without a backbone.”

1. a set of beliefs concerning the cause, nature, and purpose of the universe, esp. when considered as the creation of a superhuman agency or agencies, usually involving devotional and ritual observances, and often containing a moral code governing the conduct of human affairs.

2. a specific fundamental set of beliefs and practices generally agreed upon by a number of persons or sects: the Christian religion; the Buddhist religion.

Contrast those with the much less rarefied, humanistic-rather-than-supernatural understanding offered by the Unitarian Universalist minister Robert Hardies:

“Religion is the faculty through which we try to make sense of the world and our place in it.”

Even further down that simplified road, we hear this child-like definition from our profound 16th president, Abraham Lincoln: 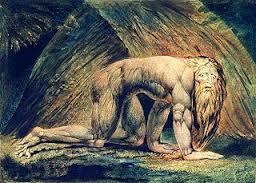 I’ve mentioned here before, and will more fully explore the idea in a future post, that I consider religion to be a pure work of the human imagination, though that is meant not in the least bit as a pejorative. “Imagination” and “myth” are to me terms denoting higher order human functions inspiring reverence rather than derision. They are part and parcel of the richness of spiritual life, of living with depth, and context, and an understanding that even if we pay close attention we get but glimmers, “hints and guesses,” to quote T.S. Eliot, of the fathomless mysteries behind the curtains of creation.

So herein lies my own definition of religion:

Religion is the preeminent work of the human imagination that reflects and attempts to answer our acute need for a language of depth, wonder, moral guidance and meaning, and assists us in the practice of compassion and community.

Under this definition, I have been able to arise from my slightly crouched hemming and hawing and proclaim, “Damn right I’m religious!”

The tools are right there for you, sitting atop your shoulders.

And in the warm confines of your chest.