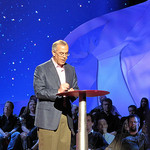 David Brooks wrote a column in the New York Times December 17 that was, even for an occasionally sardonic humorist such as himself, unusually dyspeptic. In it, he skewered “Thought Leaders” who march through their self-important lives giving TED Talks, their “eyes blazing at the echo of the words ‘breakout session.’”

Brooks traced the development of such people back to their college application essays, when they likely wrote along the lines of: “I Went to Panama to Teach the Natives About Math but They Ended Up Teaching Me About Life.”

Later, the youth is “widely recognized for his concern for humanity. (He spends spring break unicycling across Thailand while reading to lepers.)”

This is funny stuff, classic Brooksian satire, but the column gets progressively more sour as he follows his mythical hero through the various compromises and unvarnished sell-outs of middle age, when “his life has hit equilibrium, composed of work, children and Bikram yoga…His prose has never been so lacking in irony and affect, just the clean translucence of selling out.”

The “guilty” part of that pleasure comes from some small, still, but not-quite-silenced voice within that whispers: This fool, too, is a human being. What measure of respect does the fool that I am owe to him?

Twitterdom and the blogosphere, much of which from the left consider Brooks a loathsome conservative and from the right not purist conservative enough, were ablaze with ridicule, accompanied by speculation on exactly whose ox Brooks may have been goring: fellow columnists and “Thought Leaders” Thomas Friedman and Paul Krugman? Newt Gingrich and his Band of Junior Bloviators?

Perhaps himself, taking sober stock of his own pretensions and comforts as an Important National Columnist and middle-aged multi-millionaire, freshly divorced from his wife of 27 years after implying in print none too long ago that a happy marriage was the be-all/end-all of the well-rounded life that was his?

Or, as one among dozens of alternately funny, clever, and cruel Tweeters brightly suggested, “The column was one written by a man scared younger writers he can’t quite understand are coming for his job. And we are.” 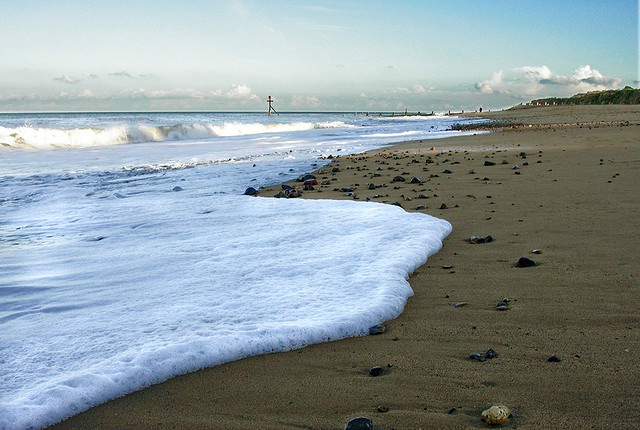 All right. What are we to make of this besides watching it lap back offshore and drift out with the ceaseless tides of New York media and culture criticism? Brooks doesn’t seem to be sparing himself and his cohorts as he projects his subject’s life ahead:

Toward the end of his life the Thought Leader is regularly engaging in a phenomenon known as the powerless lunch. He and another formerly prominent person gather to have a portentous conversation of no importance whatsoever.

Ah, the grating, creeping, foreboding fear that Thought Leaders, too, are Nobodies. All those carefully crafted columns, clever tweets and conference keynotes and preferred restaurant tables—all of it, in the end, adding up to Nothing By a Nobody. Could it be true?

Of course it is true. What portion of “ashes to ashes, dust to dust” have we all forgotten in the red hot glare of the media age?

In and out goes the tide, sweeping up its million grains of sand to be deposited somewhere else, far out in the dark depths of the ocean floor.

I mostly feel a kind of guilty pleasure when reading snarky sendups of ridiculous people (ridiculous in their sense of self-importance, or entitlement, or narcissism, or sentiment, or self-righteousness).

The “guilty” part of that pleasure comes from some small, still, but not-quite-silenced voice within that whispers: This fool, too, is a human being. What measure of respect does the fool that I am owe to him?

My own religious tradition of Unitarian Universalism lists “The inherent worth and dignity of every person” as the first of its seven basic principles. Jesus instructs his followers to “Love your enemies,” Buddha to practice “universal compassion.”

If we deign to lead religiously oriented lives, how do we reconcile that with the delicious gut satisfactions to be had by snarkily dismantling the inconsistencies and hypocrisies and ultimate smallness of all—and I mean all—those around us?

Because it is true, you know. We are ridiculous, often weak fools who, if we are lucky, will lead long lives punctuated by failures and frustrations and pains too numerous even to remember by the time we reach their end. And unless our name is Obama or Jobs or Gandhi, we will be but a name on an ancestral roster just a few generations hence, unremembered, unacknowledged, unknown by all who then walk the earth.

Besides which, even if our name is Obama or Jobs or Gandhi, we will still be dead, wholly unable to glean even a scintilla of satisfaction from our name residing in whatever passes for books in the near future.

And beyond that is the dust of the vast interstellar spaces that preceded this earthly domain by billions of years and will outlive it by billions more, where no names or accomplishments or memory of anyone who ever lived will survive. The jostling for fame and importance and clever tweets and corner restaurant tables will not amount to one speck of that dust.

Which leaves us where, exactly? Striving, of course, foolishly, Quixote-like, because it is our duty and privilege, with all our will and might and occasionally snarky intelligence, to answer the poet Mary Oliver’s critical question:

What is it you plan to do with your one wild and precious life?
***

It looks dark and vast and pretty lonely out there, but apparently, the music isn’t bad:


Appreciation to the photographers: