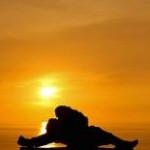 New York Times columnist and PBS pundit David Brooks has written an extraordinary book (The Road to Character) that I will discuss in some depth in a near-future post, but there is one section of it that I think deserves its own highlighting, with only enough discussion from me to move some generous excerpts along. The book itself addresses the grand topic of human character—its qualities, importance, and exemplification—in a cast of 10 historic “characters” whose biographies Brooks has scoured and synthesized on our behalf.

The subjects are mostly giants of history, albeit flawed and so very human, as Brooks reveals in brief chapters devoted to their lives and works.

One of them, the 19th century Victorian era novelist George Eliot, serves as the jumping-off point for a remarkable five-page reflection/digression that is not really about Eliot at all, but instead allows Brooks to offer what amounts to a beautiful, deep and haunting sermon on the experience and nature of love. Or I should say, LOVE—of the earth-and-soul-shattering, transformative, wholly irrational, falling-through-space kind that a person is fortunate indeed to experience in this life, and which has deep implications for exploring the truest and highest potentialities of humanity.

Truly, such love is the greatest gift that “God” or “Posterity” or “Ultimate Reality” or “Damn Good Luck,” choose your preferred nomenclature, can bestow upon us.

Making the discussion all the more intriguing is an undercurrent related to Brooks’s personal life, about which he is far more private than not. He was separated from his wife of 27 years in 2013 and subsequently divorced, which lends this passionate meditation on love a certain kind of pathos.

What is obvious is that no one could have written what Brooks has without having directly experienced the kind of love that he so vividly describes. This is not a second-hand account culled from romantic poets and novelists. The writing contains too much passion and intimate familiarity with the subject at hand for it to be anything but his own soaring soul and sensibility, to which he has given free rein, a writer using the tools he knows best to celebrate the best thing he knows. 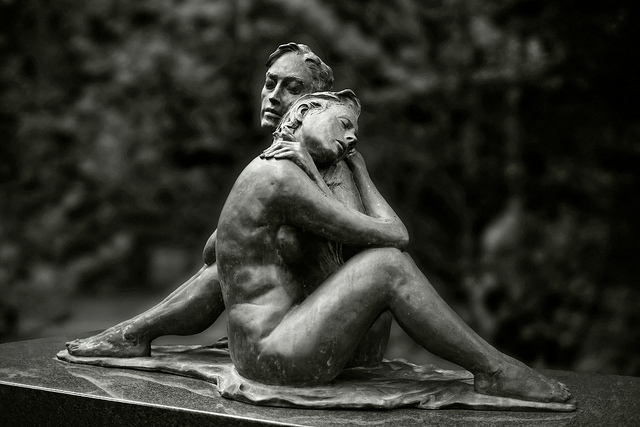 What we don’t know—because Brooks isn’t telling and his loyal friends aren’t either—is whether these precious pages stand as an ode to a love he once shared with his wife, which then crashed on the shoals of change and circumstance, or whether they reflect a recent experience, someone come to his life after his marriage ended. Or perhaps even before?

Not that it matters for the beauty that prevails in these couple of thousand words, but biography is never inconsequential in the writings of humankind. So with that tentative bow in the direction of Brooks’s life and its narrative arc, I will now let him speak on behalf of the love whose depths he has mined for the following jewels:

We don’t build love; we fall  in love, out of control. It is both primordial and also something distinctly our own, thrilling and terrifying, this galvanic force that we cannot plan, schedule, or determine…Love is like an invading army that reminds you that you are not master of your own house…When you are in love, you can’t stop thinking about your beloved. You walk through a crowd and you think you see her in a vaguely familiar form every few yards. You flip from highs to lows and feel pain at slights that you know are probably trivial or illusory. Love is the strongest kind of army because it generates no resistance. When the invasion is only half complete, the person being invaded longs to be defeated, fearfully, but utterly and hopelessly.

Love depends on the willingness of each person to be vulnerable and it deepens that vulnerability. It works because each person exposes their nakedness and the other rushes to meet it. ‘You will be loved the day when you will be able to show your weakness without the person using it to assert his strength,’ the Italian novelist Cesar Pavese wrote…Next, love decenters the self. Love leads you out of your natural state of self-love. Love makes other people more vivid to you than you are to yourself…If the shallow person lives in the smallness of his own ego, a person in love finds that the ultimate riches are not inside, they are out there, in the beloved and in the sharing of a destiny with the beloved.

O.K., let us pause for breath here, because Brooks is only getting started. He also includes a lengthy quote from the French essayist Montaigne about the depths of friendship love, which clarifies that it is not solely romantic love that he is describing, though it certainly does very much include it.

At its deepest levels, platonic love can also reflect the same selfless qualities of boundary-breaking and self-sacrifice in the service of an experience beyond self. Interestingly, we probably hear these sentiments most clearly and forcefully expressed from the military, whose members often reflect on the love, passion and absolute, I’d-die-for-you devotion in which they hold their brothers and sisters dear to their hearts. And now back to Brooks:

Love is submission, not decision. Love demands that you make a poetic surrender to an inexplicable power without counting the cost. Love asks you to discard conditional thinking and to pour out your love in full force and not measure it by tablespoons. It crystallizes your vision so that, as Stendhal put it, your beloved shimmers like a sparkling jewel. To you she possesses magic that others don’t see. To you the historic spots where love first bloomed take on a sacred meaning that others can’t perceive. The dates on the calendar when the crucial first kisses and words were exchanged assume the aura of holy days. The emotions you feel can’t quite be captured in prose, but only in music and poetry, looks and touches. The words you exchange are so silly and overwrought that they have to be kept private. They would sound insane if they were bandied about with your friends in the daylight world. 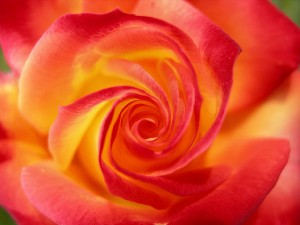 Almost inexplicably, Brooks is regularly subjected to withering denunciations from liberal commenters on his New York Times columns, who tend to regard him as just another bloviating plutocrat who talks a sweet, soothing and rational line to placate them and those of a more moderate hue than himself. This seems absurd and too ideological by half, an example of uber-liberals blinded by the same irrational invective against which they rail in true conservative ideologues such as Ann Coulter and Charles Krauthammer.

Can you picture that pair waxing rhapsodic and vulnerable on love as Brooks does here? Didn’t think so. Here, neither:

You don’t fall in love with the person who might be of most use to you—not the richest, most popular, most well-connected person, not the one with the best career prospects…Lovers…are in love, not buying a stock., and the poetic temperament—part thinking, part brilliant emotion—guides their decisions. Love is a state of poetic need; it exists on both a higher and lower plane than logic and calculation.

Of course, one can hardly talk of love in this way without reaching into the same deep emotional seas where the religious emotions reside. It is not for nothing that the world’s religions at their best coalesce around language suggesting that “God is love” in its purest, most idealized form. And so Brooks writes:

In this way, love opens up the facility for spiritual awareness. It is an altered state of consciousness that is intense and overwhelming but at the same time effervescent. In that state, many people are likely to have mystical moments when they feel an awareness of some wordless mystery beyond the human plane. Their love gives them little glimmers of pure love, love detached from this or that particular person but emanating from some transcendent realm. These sensations come in fleeting moments. They are intense and effervescent mystical experiences, glimpses into an infinity beyond what can be known for sure.

And so on we go to love’s even deeper paradox:

Self-control is like a muscle. If you are called upon to exercise self-control often in the course of a day, you get tired and you don’t have enough strength to exercise as much self-control in the evening. But love is the opposite. The more you love, the more you can love. A person who has one child does not love that child less when the second and third child come along. A person who loves his town does not love his country less. Love expands with use.

Love, of course, can change over time, sometimes crashing and burning, other times neglected too long, still others mutating into a no-less-powerful but less dramatic expression. At its furthest maturation, it might look like this:

Occasionally you meet someone with a thousand-year heart. The person with the thousand-year heart has made the most of the passionate, tumultuous phase of love. Those months or years of passion have engraved a deep commitment in their mind. The person or thing they once loved hotly they now love warmly but steadily, happily, unshakably. They don’t even think of loving their beloved because they want something back. They just naturally offer love as a matter of course. It is gift-love, not reciprocity-love.

I have but excerpted selections here, hoping not to do violence to the nicely constructed poetry that takes this age-old, vastly engaged and discussed topic around the dance floor for a fresh and transcendent spin. It seems to me these few pages of seemingly personal digression into a universal theme easily stand alongside the tried and true 1st Corinthians (“Love is patient and kind…”) and others of its ilk as a gloriously wrought wedding message. I wouldn’t hesitate coming back to these pages again and again if I were a ministerial sort with weddings a staple on my calendar.

The only reservation I might have is in waiting till the wedding day to share it with the couple, but instead to read it aloud with them in premarital counseling, following up with the question: “Can you say with utter confidence that this is what your love is like? And if not, is that O.K. with you?”

The definitive version of perhaps the greatest love song of all time? I know how I’d vote…

On Facebook? Check out this blog’s public page there for almost daily snippets of wisdom and other musings from the world’s great thinkers and artists, accompanied most always by lovely photography.
http://www.facebook.com/TraversingBlog