Father Bob and the Misapprehension of Spiritual Life 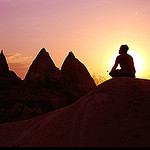 Way back in 1980-81, I spent one of the most stimulating years of my life in seminary, taking whatever classes I wanted at Graduate Theological Union in Berkeley. It was one of those “exploration in graduate theological education” programs: one year, no requirements, graze to your heart’s content among the consortium’s eight seminaries. There’s a synonym for all that, and here it is:

I spent pretty much the entire year enraptured, mostly reclining on my mattress-on-the-floor (the true graduate school bedding protocol) with a pile of books when I wasn’t running in the East Bay hills or walking the never-dull streets of Berkeley.

Grazing through the catalogs from the consortium’s eight seminaries before the start of the semester, one easy pick was a course in spirituality from Father Bob, a learned and engaging Jesuit who would pace the floor west to east at the front of the class talking off the top off his head about the great spiritual questions of the eons and what various leading lights had thought about them all.

Father Bob was hands down the best, most provocative lecturer I have ever encountered, and I would emerge from the hour blinking into the sunlight hardly knowing who I was, feeling in a state of consciousness as altered and ecstatic as any I ever experienced before or after via more artificial means.

Partway into the semester, I asked Father Bob if I might engage him as my spiritual director, which is a kind of cross between a mentor and therapist, with a decided spiritual undertone. He readily agreed, and I took to seeing him once or twice a week at the home he shared with a few other priests overlooking San Francisco Bay.

I was 29, trying to find myself after a few years of graduate school and an earlier special education teaching career that I decided wasn’t for me.

And oh, geez, was I ever trying to find my way to God.

Father Bob was unmoved by my failure to triumph on my meditation pillow.

So every week, when I walked in and sat down with Father Bob, I’d want to start talking about God and my spiritual practice designed to get me in touch with Him, and Father Bob would lean back and ask, “So, how’s the relationship with your girlfriend going? Keeping up your running?” (It was not going well; yes I was.)

It didn’t take me long to detect a pattern: I’d want to talk about the things I understood to be “spiritual”—as opposed to all that other banal business I felt dominated just way too much of my life. And Father Bob kept directing my attention to…those banal things that dominated so much of my life. 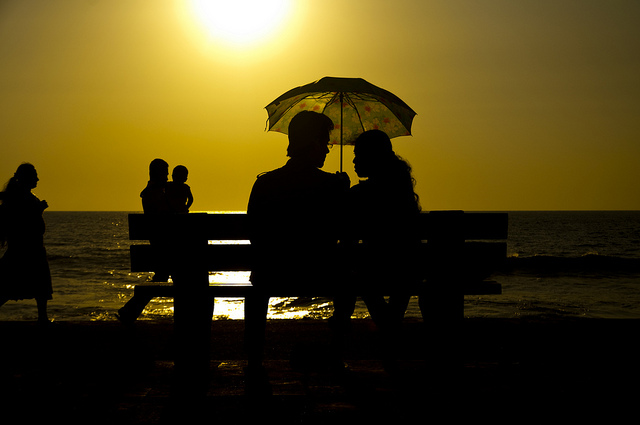 The same applied to my “spiritual practice.” I’d been meditating in fits and starts for a good five years by then, sometimes industriously and with tenacity, sometimes less so. But I’d been doing yoga as well, along with marathon running, journaling, walking, and the copious amounts of reading that comes with graduate school.

It was a full life, but I had it in my mind that unless I fully developed my meditation practice—after all, no one can be “spiritual” without sitting cross-legged on a pillow following their breath and emptying their mind, can they?—I would somehow fall short of my ultimate life goals.

Father Bob was unmoved by my failure to triumph on my meditation pillow. The fact that I was disciplined enough to run every day for an hour or two while keeping up all the rest of my activity struck him as far “spiritual” enough.

Live. Be involved. Do. Move. Quit dividing the world into sacred and secular, spiritual and profane, body and mind. Don’t worry about the “What,” just make sure you get after the “Do.”

He didn’t actually say any of these things, was the charm of it. He would never have been so didactic. But his point became abundantly clear in his line of questioning, in the things he was interested in hearing about and engaging me in.

I don’t know whether Zen Priest Karen Maezen Miller was ever a student of Father Bob’s or came to these very similar conclusions cited in her quote below by some other means, but suffice to say that she sounds nearly identical notes in dismantling any divisions between “spiritual” and some other kind of life that is held in lesser regard.

One life, this life, the one you can see, touch, hear, sing to and taste.

Spiritual, top to bottom, any way you slice it.

Your life is your practice. Your spiritual practice does not occur someplace other than in your life right now, and your life is nowhere other than where you are. You are looking for answers, insight, and wisdom that you already possess. Live the life in front of you, be the life you are, and see what you find out for yourself.
—From Momma Zen: Walking the Crooked Path of Motherhood

Photo of meditator near top of page by Moyan Brenn, Anzio, Italy, some rights reserved under Creative Commons licensing, see more at: https://www.flickr.com/photos/aigle_dore/

6 comments to Father Bob and the Misapprehension of Spiritual Life